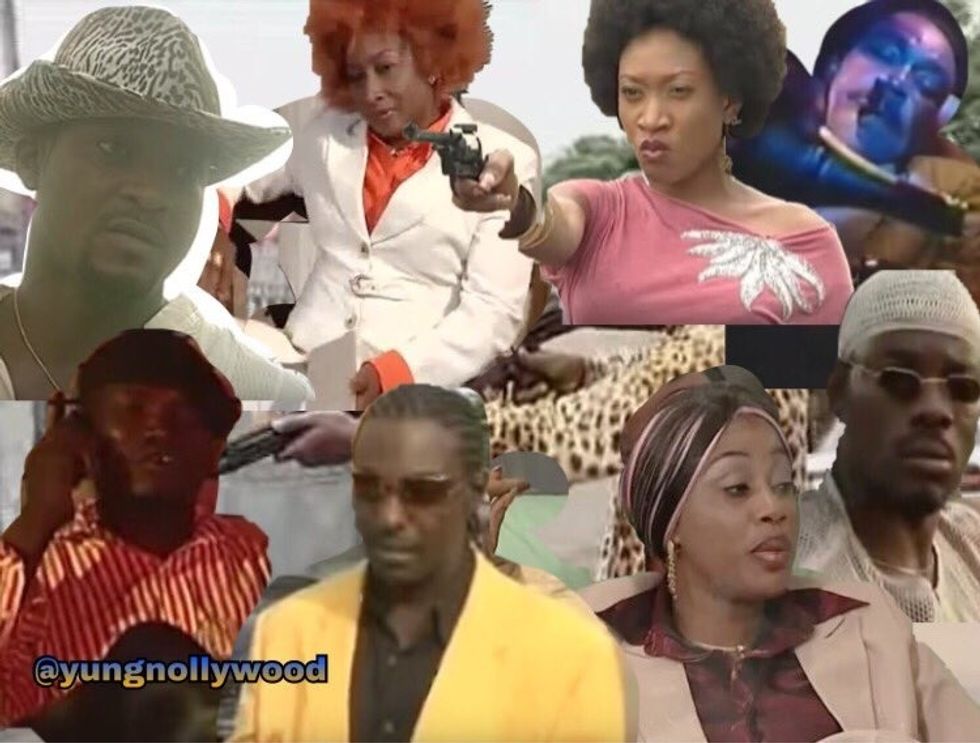 We touched base with the creator of the @yungnollywoodaccount (who has requested to remain anonymous), to learn more about the inspiration behind the curation of the content that's made rounds on Twitter, as well as list what she thinks are the 20 best Nollywood films of all time.

This is the mother of all 'use men for their money or die trying' movies. Self-explanatory.

Omotola's character plays a sexy witch who's back to avenge against a former witch by taking her son. She scared us, but all was forgiven after the scene with the double breasted red tuxedo.

There's nothing more entertaining than the drama involved with a woman desperate enough to do anything to keep her man. Trust us.

This movie taught us that there were women suffering from female genital mutilation. An educative choice, but viewers discretion is advised.

15. SLEEPING WITH THE ENEMY

This film perfectly depicts who not to become when you fall in love with a man. Red flags are red flags. Kate Henshaw's character made us cringe.

If you like a sad story about the life of a prostitute that doesn't get better 'til the very end, you'll like this one. Warning, it's depressing and someone gets beheaded.

Though this movie has a lot of feminist quotables, it's still about watching your back when it comes to friends, especially around your man. Benita Nzeribe's character is the perfect villain. She's the best dressed as well—an underrated fashion icon.

You haven't met a bad mum till you meet Clarion Chukwura's character in this film. We would kill for her outfits, but bullying your daughter into prostitution is not cool, mum.

This is here to push the propaganda that love is sweeter with money.

We're still not sure what happened at the end of this film because we're still looking for part two, but it's worth watching from how much we've seen in part one! Let us know on Twitter if you're the plug to the full film.