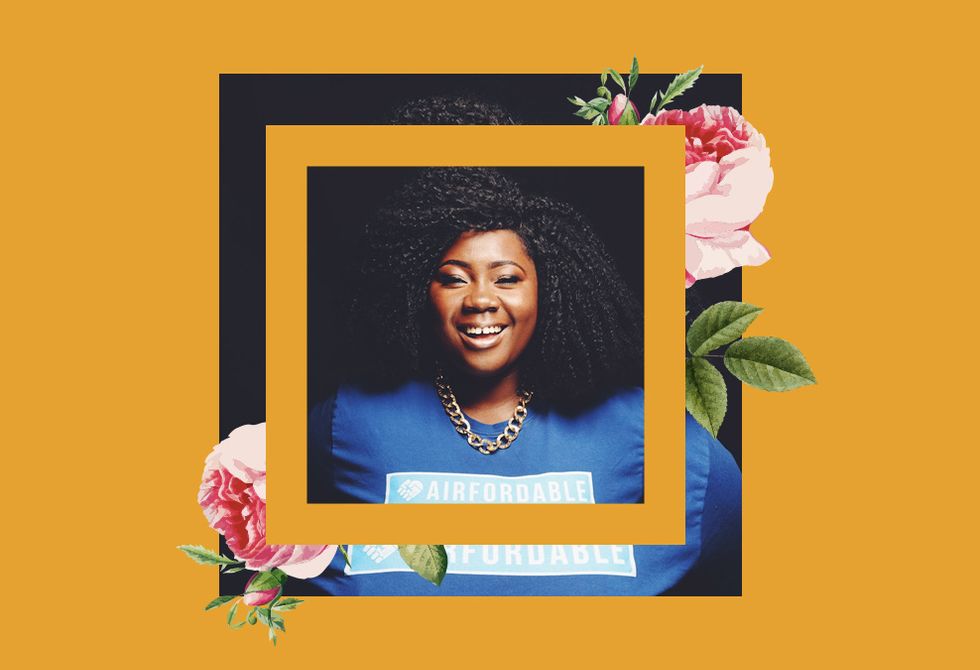 What will it mean for our culture when African youth on and off the continent are given the opportunity to travel more often?

When we first reach out to Ama Marfo, CEO and co-founder of Airfordable, she's ecstatic to talk about how her company has revolutionized travel by employing a micro-loan—or pay-as-you-go—mechanism that locks in airline ticket prices, giving customers financial flexibility that won't break the bank.

"I'm on the road for the next few weeks," she writes back. It's appropriate. The Ghanaian businesswoman now has a company that spans industries—tech, travel, finance—and she has to keep up with demands. Just seven months after their December 2015 launch, Airfordable announced that they hit a 10,000 customer milestone. The quick ascension isn't hard to fathom considering the brilliance of it all. Airfordable provides a workaround to an issue that has kept a large percentage of the population out of the skies. The bottom line: People want to travel. It's just expensive. (Even travelers who do have the disposable income to pay for trips up front feel the economic burn. A 2017 LearnVest Money Habits and Confessions Survey found that 74 percent of people have gone into debt paying for a vacation.)

Marfo knows firsthand the frustration of airline price hikes. As a college student at Philadelphia's Drexel University, she was often forced to stay on campus during the holidays due to her inability to pay for a plane ticket home to Ghana.

"Two thousand dollars for a plane ticket was simply out of the question," Marfo tells OkayAfrica. "So, I stayed on campus with others who were in the same situation. It was a really hard and miserable experience." So miserable that once she graduated, she made it her main focus to figure out how to travel by air affordably.

Marfo teamed up with her co-founder, Emmanuel Buah, and in December 2015 the duo launched the travel technology platform that allowed members to reserve flights at a minimal rate, then pay off the rest of their flight costs in installments. (There is a 10-20 percent fee associated.) The startup has gained praise and internet buzz for cleverly solving one of the biggest financial barriers to local and international travel for young adults and people of color, especially those of African descent.

And so, the customers poured in: One middle-aged woman said that being able to travel through Airfordable gave her a "new lease on life," as financial missteps from her younger years once kept her from "seeing the world," Marfo remembers. Another used Airfordable to fly to Greece, where he proposed to his partner near the lapis lazuli-colored waters. Another group of customers, a set of Ghanaian siblings, used Airfordable last Christmas to reunite with their relatives back home, the first face-to-face in 20 years for the family. That's really where Marfo has struck gold; connecting Africans of the diaspora to the continent is a deeply personal charge, especially as a new wave of young Black travelers express a desire to return home or return for the first time.

"Historically, a large percentage of Black people have not been able to take part in international connectivity through traveling compared to many others who have," Marfo says. "Seeing the world, gaining perspective on our own country and condition and seeing it from outside of our normal lens, not only opens our minds so much more, but it also opens us to new opportunities, and allows us to learn more about ourselves."

For generations, African-Americans have been detached from their ancestral and cultural roots on the continent as a result of the transAtlantic slave trade. Stigmas, geographic distance and economic devastation led African-Americans to hold negative stereotypes and disdain for the very African tribes and ethnic groups from which they derived. However, today's travel trends to places like Ghana, Nigeria, South Africa, Tanzania and Rwanda are dramatically reversing those misconceptions, and services like Airfordable are propelling the phenomenon.

Marfo says her Black customers describe their travels to Africa as being transformative and affirming. She says that the current travel trends are creating more valuable opportunities for Black Americans and continental Africans to build connections, which is synergizing with today's close-knit, digitally driven youth culture and making the world smaller. With a wave of young African professionals also beginning to use Airfordable to expedite their travels to and from the continent for educational and work opportunities, the travel platform could play a major role in driving youths' efforts to develop their own communities.

The CEO recognizes that the platform could also have a major hand in equipping Black millennials with the freedom and flexibility to pursue remote work to offset racial discrimination and limited professional opportunities that they're faced with in the U.S. and Europe.

"Knowing you don't have to just accept limited opportunities where you are is a great gift," she says. "There are a lot of exciting opportunities out there. And exciting places. Being able to afford to get anywhere is one of the most powerful forms of freedom."

She plans to continue the expansion of Airfordable's services in order to make travel even more accessible to consumers with smaller incomes. The CEO recognizes that despite the vast reach and excitement surrounding the contemporary Black travel movement, there is a subset of Black and African youths in the West who are not already inclined to travel to the continent and engage with their ancestry. But Marfo is not discouraged by their disinterest; she wants Airfordable's inventiveness and success to send a message.

"Nothing gives you more sense of your strength than understanding your own culture and heritage," she says. "I hope it says to them that there are fewer and fewer barriers to their success and their hopes and dreams. I hope that it reminds them that we have a powerful culture and a powerful voice in the world."

Monique John is an international journalist formerly based in Liberia where she reports on politics and women's issues for VOA and the BBC, among others. Follow her musings and stories of her adventures in Africa atTheCorrespondante.com.