The Healing Power of A Tribe Called Quest's New Album 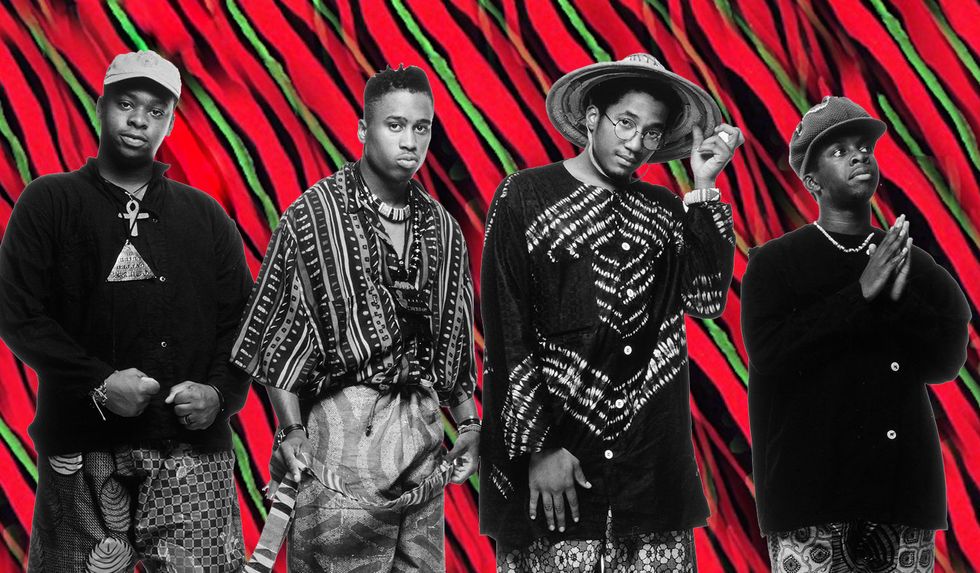 On a dreary week in American history, A Tribe Called Quest release their final album, 'We Got it from Here… Thank You 4 Your Service'

On one of the dreariest days in American history, New York’s hip-hop community gathered to launch one of the most necessary albums in ages.

A Tribe Called Quest is back. Eight months after the tragic passing of Phife Dawg, the legendary New York City hip-hop group have put out their sixth and final studio album. 16 tracks spread across two discs, We Got it from Here… Thank You 4 Your Service features all four of the original Tribe members alongside collaborators like Andre 3000, Kendrick Lamar, Anderson .Paak, Elton John, Kanye West, Talib Kweli and Jack White.

Okayafrica was at the record’s listening party Wednesday night at MoMA PS1 in the group’s home borough of Queens. Q-Tip and Jarobi White were in the house, as were Tribe family members like Busta Rhymes, Consequence and Phife’s mom, Cheryl Taylor. Long-time friends and collaborators packed the room.

Attendees inside the modern art museum’s outdoor performance dome had the first opportunity to hear the record in full. Afrocentric visuals and ATCQ animations were projected onto the dome walls as the music played followed by a live discussion between Q-Tip, Jarobi, Busta and Consequence about the making of the record and Tribe’s artistic legacy.

If our nation is to begin to heal, there’s no group with a greater healing power. This is, after all, a group that overcame several breakups and frayed reunions to produce a magnificent final chapter. One we badly needed right now.

We Got it from Here… Thank You 4 Your Service is out now. Stream it via Spotify and Apple Music.