NewsMusicFILM + TVARTS+CULTURELIFESTYLEWatchShopCrossroads
Audio
songs you need to hear this week

The 11 Songs You Need To Hear This Week 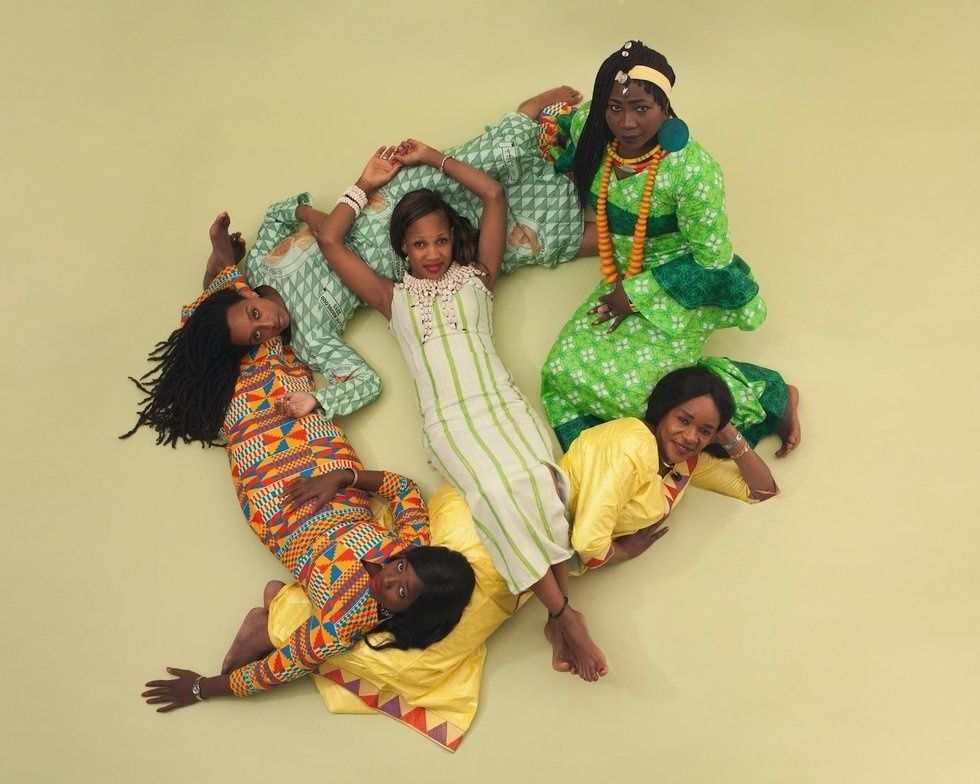 Watch how Beyoncé paid respect to the Greatest of All Time Fela Kuti during her Coachella perfomance 👏🏽🙌🏽 pic.twitter.com/TeCMwGaKvT

Unless you've been living under a wi-fi-less rock for the past few days, you've heard all the hype around #BeyChella—Beyoncé's highly-anticipated return to the stage at this year's Coachella music festival in California.

As expected, Beyoncé's set was electrifying and filled with odes to various aspects of black music, history and culture. At one point, the singer payed homage to Fela Kuti as her band ran through a pulsating rendition of the afrobeat legend's 1976 classic "Zombie." Check out the clip above.

Shekhinah's 2017 certified Platinum hit single "Suited", just like most of the singer's hits, was an amalgamation of R&B;, pop and electronic music. The track's so good it was easily one of our favorites songs of last year.

On the remix of the song, which features Nigeria's Mr Eazi, Nigerian producer SynX gives "Suited" a new life in which it leans towards Afro pop. Mr Eazi adds a new verse, which transforms the song into a great duet.

Mr Eazi was everywhere this week. We've been waiting for a followup to him and Efya's "Skintight" for two years—and it finally came. The two are back with a new single "Mame," meaning "Give Me."

The dance track, which was released on Efya's birthday, has the two artists discussing a complicated relationship. They sing to each other about having physical chemistry, but question whether or not its "true love."

ODIE is making magical hip-hop and R&B based on his Nigerian roots. The 21-year-old's debut effort, Analogue, offers a diverse, warm, and impressive new listening experience.

The highly-immersive 10-track project features ambient alternative R&B; tracks like "Little Lies" and "North Face" whilst intersecting with more up-tempo bangers such as "Faith" and "Story." With its poignant lyricism and sensual melodies, Analogue is a fully-formed project that's perfect for your evening playlist.

These three new tracks from Wizkid are sure to set your weekend right. The afrobeats superstar released "Highgrade," a new collaboration with "Manya" producer MUT4Y featuring Ty Dolla $ign. The two crooners continue to show their musical chemistry on the track.

Wizkid stays in the pocket with "Lagos Vibes," toasting a girl, telling her he wanted to "feel her vibes" in the SpotLess produced track. "Aphrodisiac" is the Starboy's foray into R&B;—producer NorthboiBeatz slows down Ja Rule and Ashanti's "Always On Time" for the slow jam.

Listen to all 3 tracks here

Eku Fantasy "Living On The Outside"

The striking music video for "Living On The Outside," soundtracks a song that tackles themes of assimilation and alienation, as experienced by both artists who are 'transplants' in their current home countries.

The Big Hash's 'Life + Times of a Teenage Influence' EP

If you are a fan of flows, just press play already. On his latest EP, the aptly titled Life + Times of a Teenage Influence, Pretoria-based rapper The Big Hash shows his off as he segues from melodic flows to conventional raps over eardrum shattering 808-based trap production.

He is ambitious, relentless and emotional (without being whiney), and he expresses it fully in just five songs. Life + Times of a Teenage Influence is one gem you can't afford to overlook if you care about the future of South African hip-hop.

South African rapper and producer Riky Rick kicks off the second season of the YouTube show Feel Good Live Sessionswith a performance that will put a smile on your face.

Because he's a don, he does vocals and also plays some pads on an MPC, ensuring the set doesn't lose the grit from the original songs. Riky and his three-piece band have some sporadic moments of improvisation and the artist also involves the audience in his performance in a way only he can.

New York-based electronic R&B band Trak Joyis the indie artist you need to listen to this month. Check out Tthe duo's new single "Soften Me" above.

Read our interview with Trak Joy

ProVerb's unmatched wordplay and storytelling shines in his latest single. Titled "Heaven," the song sees the talented MC imagine what heaven looks like, as he pays respect to Winnie Mandela, Hugh Masekela and more.