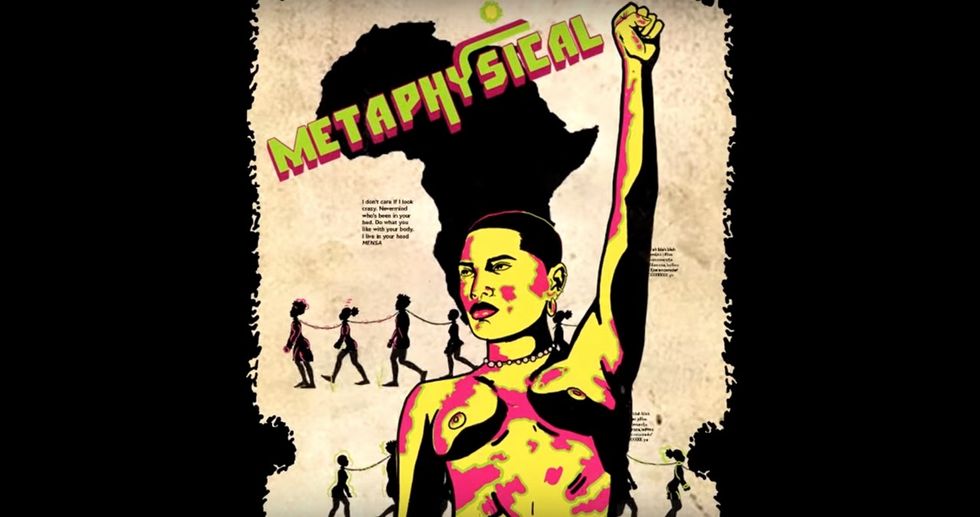 Mr Eazi comes through with another uplifting and highly-infectious track in "Property." The new single, built on a stuttering guitar riff and minimal beat work, sees Mr Eazi singing about loving someone so much he's down to put all of his property in her name. "Property" also gets a contribution from South African trumpeter Mo-T of Mi Casa.

Manu WorldStar, the up-and-coming South African-born Congolese hip-hop artist's latest single is an Afro pop smoothie that's currently melting everyone's hearts (hash tags don't lie). "Nalingi" has all the makings of a pop hit: catchy hook, lyrics that are effective yet easy on the ear, and a beat that makes it impossible for you to not move a part of your body when it hits.

Ahead of our Mzansi Heat and Naija Beats concert in NYC, we got Yemi Alade to handpick this new, exclusive Artist Playlist, which includes some of her latest and best songs, as well her favorite afrobeats tracks from the likes of Soti, Wande Coal, Wizkid, 2Baba and more.

Make sure to RSVP for our free Mzansi Heat and Naija Beatsconcert with her DJ Tunez and DJ Maphorisa.

Rising Nigerian artist DJ Yin comes through with a complete earworm in "Rewind," her follow-up to the excellent "Voodoo." The new track includes a big feature from rap duo ShowDemCamp, as well as from Bankyondbeatz, who both help make this the smoothest and haziest of sonic rides.

South African electronic music artist Muzi released the visual for his song "Zulu Skywalker," from his stellar debut album Afrovision. The animated video was created by Durban-based rapper and graphic designer ByLwansta. It tells the story of a 4-year-old girl, whose name is Ziphozethu as she takes off into space.

Victor Kwesi Mensah. What took you so long? Yes, Vic Mensa just dropped his new single, "Metaphysical," which fuses afrobeats and dancehall in a smooth croon for an unexplainable feeling a woman is giving him. This is sound is definitely different for the Chicago rapper, but it works. The artwork for the single also let's us know that he's diving head first into this sound, as it pays homage to Fela Kuti.

Liza is a rising RnB singer and songwriter based out of Toronto, Canada. Her tracks typically blend forward-looking production with elements of RnB and neo-soul, as well as influences from her Ethiopian background. In her latest single, "Here to Stay," Liza sings about the death of a relationship over sparse beat work and deep synthesizer chords The track's new music video is meant to be a representation of that loss through the five stages of grief: denial, anger, bargaining, depression and acceptance.

South Africa's Petite Noir has announced his upcoming full-length album, La Maison Noir, which will feature contributions from Danny Brown and Saul Williams. He's now released "Blame Fire," the first single off that LP. "La Maison Noir is my world. It's a house that houses the diaspora, immigrants and outcasts. It represents a time of exodus, of departure: a movement towards a new future for the world," he told The Fader.

DJ Neptune pulls out another great single from his Greatness album for the visual treatment. This time it's the Mayorkun assisted "Tear Rubber," which was produced by Young John.

Priddy Uglyreleased a song titled "Reminder II," his first song since his 2017 debut album E.G.Y.P.T.It's also the first song he released since leaving Ambitiouz Entertainment, the label he signed to last year, and released his albums through. In the song, the MC does what we fell in love with him for, and that's rapping like his life depends on it.