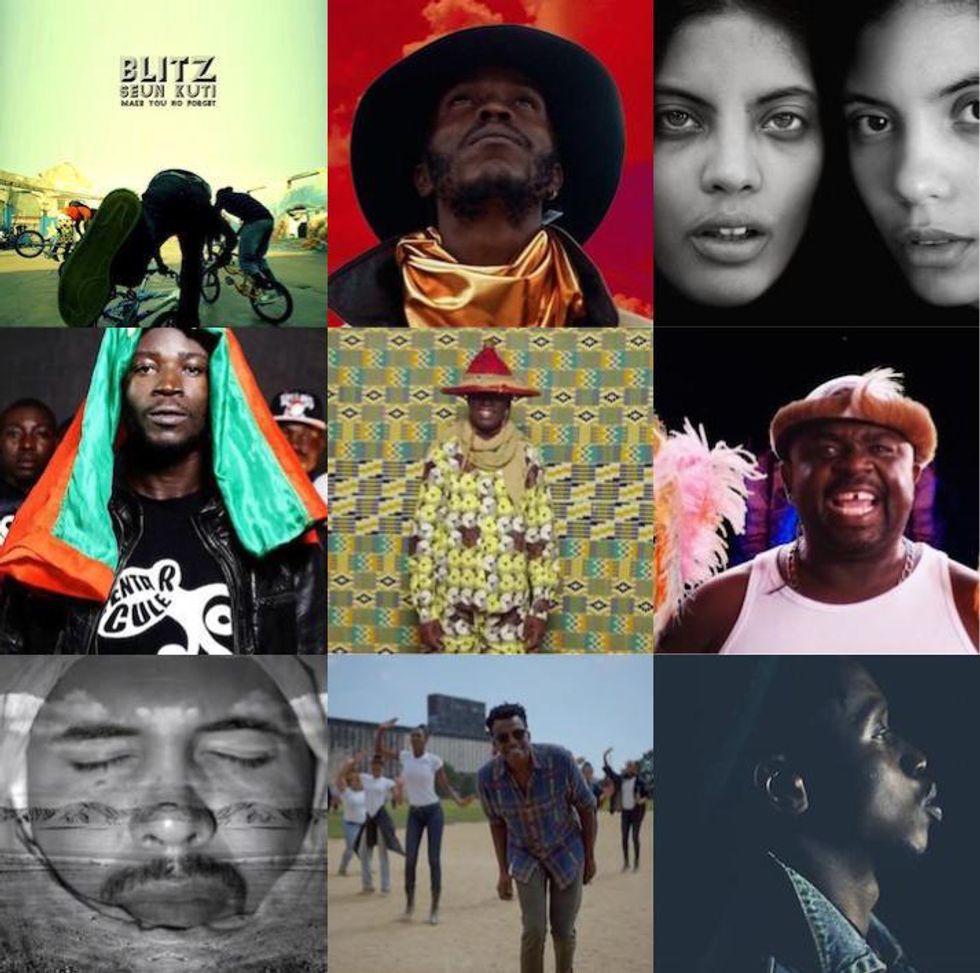 We list our Top 10 African Music Videos of the year, including strking clips from Nozinja, Sinkane, Fantasma, Ibeyi, Songhoy Blues and more.

Veteran desert blues rockers Tinariwen returned in 2014 with their seventh studio album. Recorded far from the group's home, in Joshua Tree, California, Emmaar is arguably one of the band’s “most comprehensive, contemplative and layered offerings yet.” The band's psychedelic powers have historically extended into the visual realm (in 2011 they released one of our Top Videos of the Year with "Tenere Taqqim Tossam") and this latest album was no exception. After sharing a pair of hypnotic videos for Emmaar standouts "Toumast Tincha" and "Imidiwan Ahi Sigdim" the group followed up with their most striking clip of the year for the galloping “Chaghaybou,” whose cinematic visuals play like a desert blues rorschach test.