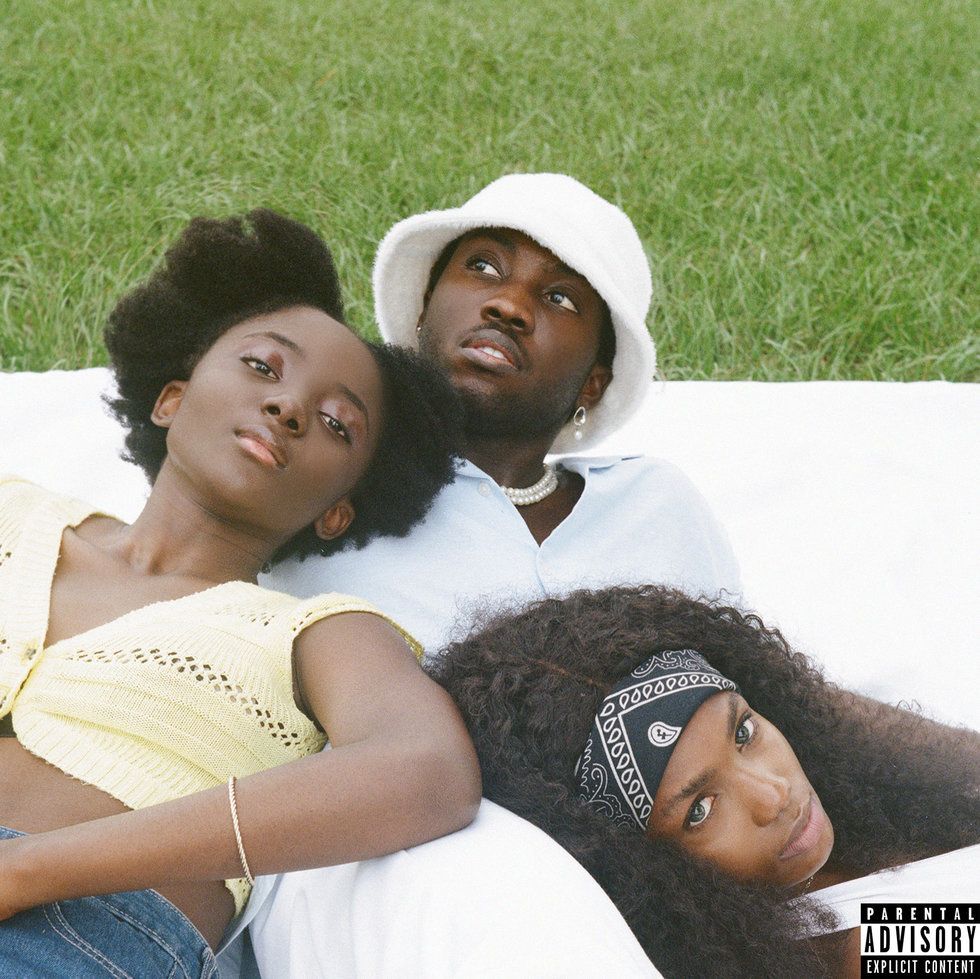 Abamama Bomthandazo" is a song by Samthing Soweto and poet Makhafula Vilakazi, which the artists released to commemorate Women's Day (August 9) and Women's Month (August) in South Africa. Samthing Soweto, one of the best to ever to do it, sings about women who put prayer before everything, and who pray for us as we go about life. Makhafula's poem starts by acknowledging how hard women work—from waking up early in the morning and ensuring everything is in order before they go about their hustle.

Jidenna has prescribed this Friday with another double dose of new music—"Zodi" and "Sou Sou"—from his upcoming album, 85 to Africa. In "Zodi," Jidenna and Mr Eazi link up to sing about a woman who searches for signs of love in the stars when it's right in front of her. "Sou Sou" is a cheeky and witty track where we hear many plays on the informal rotating savings club our communities in Africa and the diaspora still take part in today.

Dee Koala's new music video, directed by Motion Billy, showcases the cool peeps from the streets of Cape Town just being, you know, cool. Nothing you wouldn't expect considering the accompanying song is titled "Ndintswempu" ("I'm dope," "I'm fly" or any variations). Dee Koala and her collaborators, fellow Cape Town-based rappers Amilca Mezarati and SimulationRxps make their cases for the claim with a verse each. It would have been impossible to not sound compelling over producer Lay Lay's bass-laden instrumental.

Wizkid adds to his list of impressive collaborations with his latest "I Like," a breezy track from London-based rapper and singer Kojo Funds.As the song's title implies, it's all about the two artists singing about all the things they like about their love interests. Kojo Funds opens the song with a catchy verse, describing his favorite qualities before Wizkid joins him on the second verse. "I'm just trying to be your one and only," Kojo sings on the chorus.

Despite Tekno's recent run-in with the law, that hasn't interfered with the music and he and Zlatan have delivered a stellar track. "Agege" is a vibrant and uptempo banger that sees Zlatan's energetic sound blending seamlessly with that of Tekno's. The latter dabbles in a bit of rapping on this track, something we don't hear from him very often (if at all), but the overall synergy between the duo is undeniable and makes for some great listening.

Ayanda Jiya has finally delivered her highly anticipated debut album. The South African R&B; artist's album is titled Ayandastand—pronounced "I understand," and it features only a few guests rappers Stogie T, A-Reece and singers Naomi Parchment and Ziyon. The rest of the project's 11 songs are just Ayanda sharing her story and insights on love atop production by Zeph Beats. The album includes the lead single "Falling For You," which features A-Reece.

Enjoy Your Life, Lady Donli's debut album, was well worth the wait. Nigeria's very own released an honest offering Friday that's a declaration of her growth and who she is as an artist. Featuring the likes of BenjiFlow, Tems, Somadina, Amaarae, VanJess, The Cavemen and more, this album is a whole vibe where Donli takes you on a sonic journey to get to know her true self. And how often does one get to hear a Hausa-filled opening track?

South African hip-hop super producer Lunatik teams up with Moonchild Sanelly for a single that feels like summer. "Dlala" has Lunatik's recognizable bassline and the customary kwaito influence. Moonchild has a knack for kwaito, and meets the producer halfway on "Dlala." She laces the instrumental with kwaito-esque verses and hook.

Buzzing Nigerian artist Nonso Amadi, returns with his latest EP Free, and it's an impressive body of work. The 6-track EP boasts appearances from Mr Eazi, who's featured on the dance-worthy "Go Outside," as well as a duet with Simi who provides her honeyed vocals on "Better." The 23-year-old artist delivers his signature fluid vocals atop mellowed-out production throughout the EP, particularly on the opening track "Never," and the title track "Free." He ends the project on a more playful note with the track "What Makes You Sure?"

To celebrate his birthday, Kwesta unleashed a surprise single. In the song, which is titled "Reporting Live From Katlehong," Kwesta covers a wide range of topics, among them: the Marikana Massacre, family, friendship and his marriage. YoungstaCPT, in his impressive verse, follows Kwesta's lead—covering in his verse an equally wide range of subject matter—from his rise, getting overlooked and the gangsterism crisis in Cape Town.

Mumbi Kasumba 'You And I'

Mumbi Kasumba is a rising Zambian singer-songwriter and guitar player.

You may have heard her alluring songs—which blend elements of folk, jazz and soul—in Wanuri Kahiu's film Rafiki, the first Kenyan movie to be premiered at the Cannes Film Festival.

Mumbi Kasumba is now sharing her latest single "You And I," a serene composition crafted out of her airy vocal delivery and tight guitar picking, that will put you in a dreamlike haze.

Garçons are a duo coming out of Canada comprised of Nigerian-rooted singer-songwriter Deelo Avery and producer/director Julian Strangelove. We've previously covered the the Ottawa-based group, who blend influences from R&B;, soul and funk. Garçons are now back with the addictive, afrobeat-influenced single "Froggin" and its Fear and Loathing-inspired music video, which was directed by Strangelove. "The energy of the song reminded me so much of those insane drug stories in Fear and Loathing in Las Vegas, so the idea for the video was obvious right away, especially being a massive Hunter Thompson fan," he mentions. "I love the way Terry Gillam directed the movie, so a lot of the music video was a tribute to his work."

South African lyricist Solo is about to release his third studio album, C.Plenty.Dreams. The project will be out on September 20th. The emcee recently shared the album's cover, which was shot by Austin Malema. To give his fans something to hold on to, the lyricist released a song from the project titled "Imali." As the title gives it away, thematically, the song is built around money and crime. Like many of Solo's songs, it's told in a narrative style.