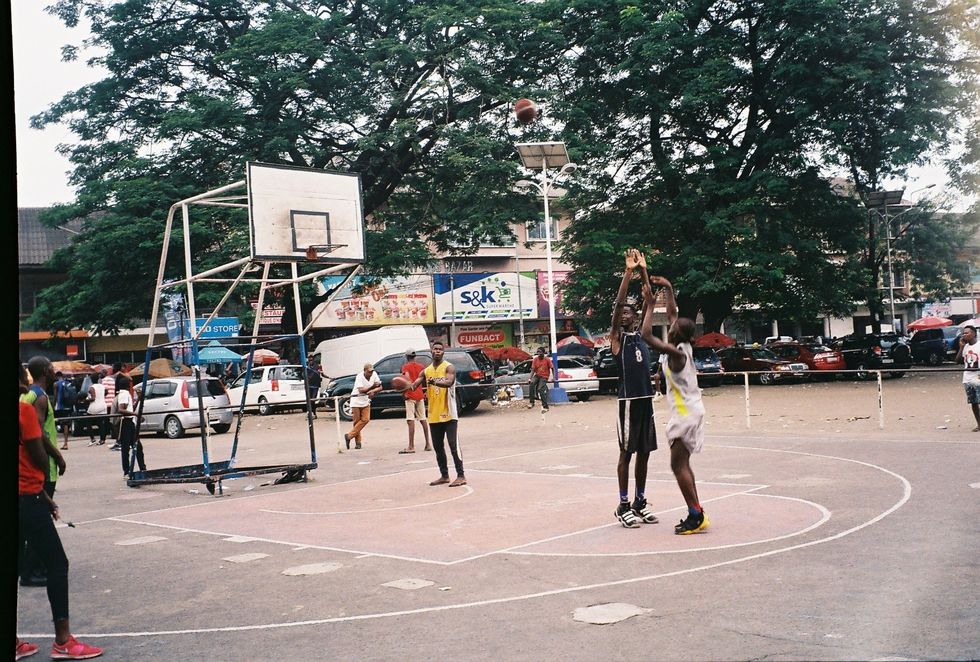 The Congolese rapper questions our tendency to gaze at the continent in extremes through his series, "Kin la Belle."

Shot on film with a Leica 35mm, Lomami wants to show the complex beauty of Kinshasa by capturing everyday life in his homeland. Though these images are what you wouldn't usually see in other platforms covering the continent—they are just as valid.

In his statement below, he explains in depth the inspiration behind the series:

I was trying to take a picture of my aunt because she has this beautiful afro. She wouldn't let me though, telling me she wasn't presentable. She jokingly told me, "Are you trying to take my pictures so you can show people how we suffer here then solicit donations to create an NGO?" That interaction made me think of the conversations underway surrounding the negative portrayal of Africa.

As a counter, there has been a rise of publications whose aim is to show the continent is a positive light. Who can blame them? Even heads of states (who shall remain unnamed for the sake of maintaining my green card) refer to nations in Africa as "shitholes." Sometimes, however, it feels like portrayals have moved to the other side of the same coin. The Africa that I know isn't binary. It isn't the idealized Wakanda or the wild jungles tales of Tarzan—both written by white people funny enough (but that's a story for another time).

As I was taking pictures in Kinshasa, I wanted to capture Kinshasa as it is, rather than as I (or anyone else) thinks it ought to be. The truth is we have beautiful homes as well as shacks, we have asphalt roads as well as dirt roads. Not to sound overly romantic, but I think the amalgamation of the polarities and everything in between is what makes Kinshasa what it is—Kin la Belle.

Click through the slideshow to have a look at Kin la Belle, and revisit Alec Lomami's DRC Independence Day playlist here.