Five Questions from African Literature to Help You Reflect on 2018 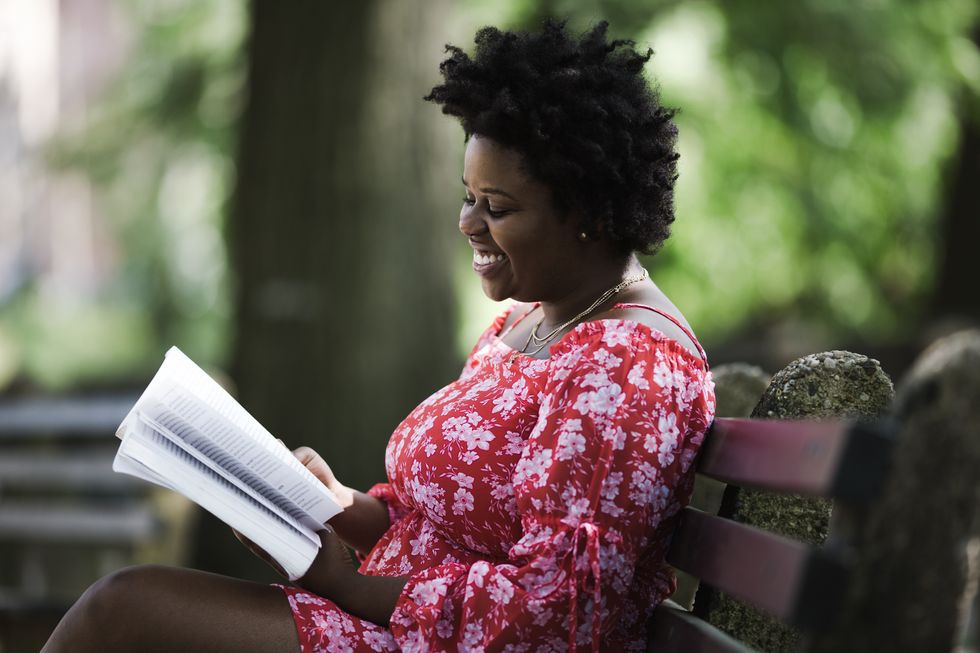 Searing insights gleaned from some of our favorite books of 2018.

We often have the same dull reflections at the end of each year. Why not reflect with questions from your favourite African writers instead?

I still have many books on my shelf published this year that are not mine, some are borrowed from friends and many have been long overdue to be returned to the library. It is becoming costly literally and emotionally not to buy my own books. Recently, I decided to buy Emmanuel Iduma's A Strangers Pose which came with a beautiful foreword from Teju Cole. "Dream of a perfect book, a ballad with all the lyrics remembered...That book is in your hands." Cole wrote. After finishing the book, I knew I could not risk lending it to anyone.

Many books and magazine issues that came out this year felt like literature I had dreamed of filled with fascinating questions or had stories that made every day questions seem urgent.

Here is a list of questions from the best literature to help you usher in the new year:

Morning cloud has come, will you be under its shade? — Sunrise Poison by Phillip Zhuwao

Mornings are not what we think they are. We do not all wake up well rested, and often when I leave my house at 6:30 a.m. in the morning there is still no light to distinguish night from day. "Tall dreams possess that short zest/ of energy that makes you run all night/ In that dark 27 hours per day/ When 11 pm rings at 7 o'clock," Phillip Zhuwao writes in the opening lines of Sunrise Poison. It's rare to find poems that help me describe life in graduate school where rest is hard to come by.

Zhuwao finished writing Sunrise Poison in 1994 a year after I was born, and he died three years later at twenty-seven. His poetry collection was only published this year. He had a difficult life and his poems are obsessed with death as he grieves his literary hero Dambudzo Marechera, as well as other friends and family that have passed. It's hard to settle into his poems because his rhythm is a little unsteady, and like his hero Marechera, his depiction of women's bodies is troubling. His book is worth engaging and his gentle tones come out in his questions. "Have you slept well?" He says in "the jar of chrysanthemums."

Where will all my nothing go? — Selves: An Afro Anthology of Creative Nonfiction curated by Basit Jamiu

It's not surprising that the poet Megan Ross designed the cover for Zhuwao's Sunrise Poison, which is a picture of torn notes, roses, and toxic clouds. Both writers are obsessed with imagery of breaking and exploding bodies. In her essay "Monstrous" from the anthology Selves, Ross writes about the inspiration behind her poetry collectionMilk Fever. "The collection grew from the word corpse, a word I wrote in an old journal on the day postpartum women are told to expect the onset of baby blues." It's an essay that reflects what the editor sees as one of the strengths of the book, a fearlessness the writers have of "going where it hurts."

Not everything hurts in Selves, much of it is hilarious and delightful. There's amazing essays like Oris Aigbokhaevbolo's "Going to Gappah's Geneva" and Sada Malumfashi's "Finding Binyavanga" that show how we become ourselves through the writers that we love. Malamshafi writes, "The Binyavanga way is the hurricaning way, the thundering way, the lighting way." It's electrifying to read how he borrows that lightning in his writing without sacrificing his own voice.

Can you pray into your own ear? — Freshwater by Akwaeke Emezi

In the introduction of Selves, the editor Otosiriezi Obi-Young writes that we are seeing the "Confessional Generation" of African writers. These writers are "emoting boundlessly" on social media, unafraid of their vulnerability. Akwaeki Emezi has a stunning Twitter and Instagram, but their book Freshwater is a reminder that there are also older and more interesting ways to think about multiple selves than just online personalities. In a book that explores the world from the perspective of an ogbanje, the concept of selves becomes more vivid when you involve the gods.

Freshwater is filled with the best questions I have read from any novel this year that can help you reflect on your internal battles. How can one tell the story of a rain that fell on him, when he is ignorant of where the rain started falling on him? How do you survive when they place a god inside your body?Can you pray into your own ear?

​Do you have my book? — A Stranger's Pose by Emmanuel Iduma

Sometimes a question is only as good as the story behind it. Emmanuel Iduma's book The Strangers Pose combines memoir, travel writing, and photo criticism but it also has some of the best passive aggressive email exchanges I've ever read in African literature.

In one of the stories about Iduma's travels to Addis Ababa, he writes about a woman he meets there who he is attracted to. Iduma later finds one of her books mixed with his things after he has left Ethiopia, and in a rush of nostalgia he writes an email, "How have you been? You've been on my mind but I'm sorry I've been unable to call." She later responds, "Do you have my book? I've been missing it and I see that you've reproduced the photograph used on the cover for an essay on your blog." She was not trying to play cute games with an unapologetic thief. This frankness is the kind of energy everyone needs for the new year.

Can the body learn freedom again? — The Invention of Zimbabwe from Chimurenga Chronic

Chimurenga chronic is always a reminder that the best writing in African literature is not afraid to challenge political issues with humour, creativity, and honesty. After watching the military kill and intimidate citizens in Zimbabwe this year, this was a great collection of articles and interviews to think through the moment with.

"Can the body learn freedom again?" Bongani Kona asks Nora Chipaumire, one of the most innovative Zimbabwean choreographers. A great response to the question comes from a different article in the issue by Rudo Mudiwa. "Nostalgia, comforting as it is, needn't be our only recourse. Reinvention of all things bequeathed to us by people who were living their own fantasies of freedom is an alternative," she writes. It's important to reflect on the past, but also necessary to find new ways of imagining freedom for the new year.