Queen Bey continues to include and give a nod to African talent in her visuals.

As we draw even closer to Disney's The Lion King opening in theaters this week, Beyoncé continues to lead the way with her new music video for "Spirit"—the first single off of the film's album she produced and curated, The Lion King: The Gift.

Shot in the Havasu Falls in Arizona's Grand Canyon, Beyoncé and her legion of beautiful dancers are one with nature and its various elements as she beckons us to be brave and hear the calling of spirit. As we noted when she announced the album, the track opens with a call and response in Swahili that translates to "Long live the king": Uishi kwa mda mrefu mfalme—uishi kwa.

Keeping our eyes peeled for African influences in the music video, it's evident that is seen in the choreography. We even spotted our extended fam with the afrobeats moves—the AVO Boys: Stephen Ojo and Caleb Bonney—as two of her dancers in the video.

Beyoncé continues to also give a nod to African talent through the looks she donned in "Spirit" styled by her mainstay, Zerina Akers.

Take a look at the two African designers she wore in the video below. 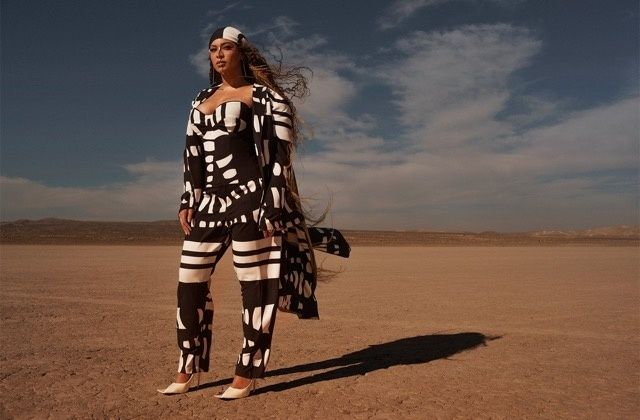 This is not the first time Queen Bey has worn items from Senegal's own TONGORO. She was spotted last summer wearing the brand while on family vacation in South Africa and since rocked looks from the posh brand four times in the span of 6 months, according to the brand's statement.

In "Spirit," we see her wear a custom bustier suit and durag from the brand's SS19 collection, named Tribe. The look was paired with TONGORO's new jewelery pieces—the CAIRO face piece and T earrings—which can also be seen on the dancers. 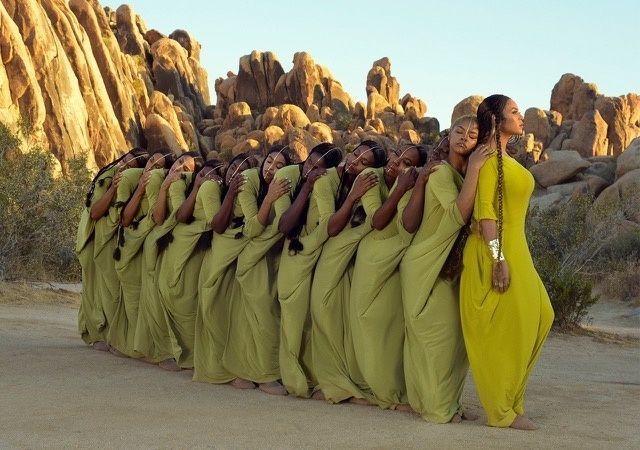 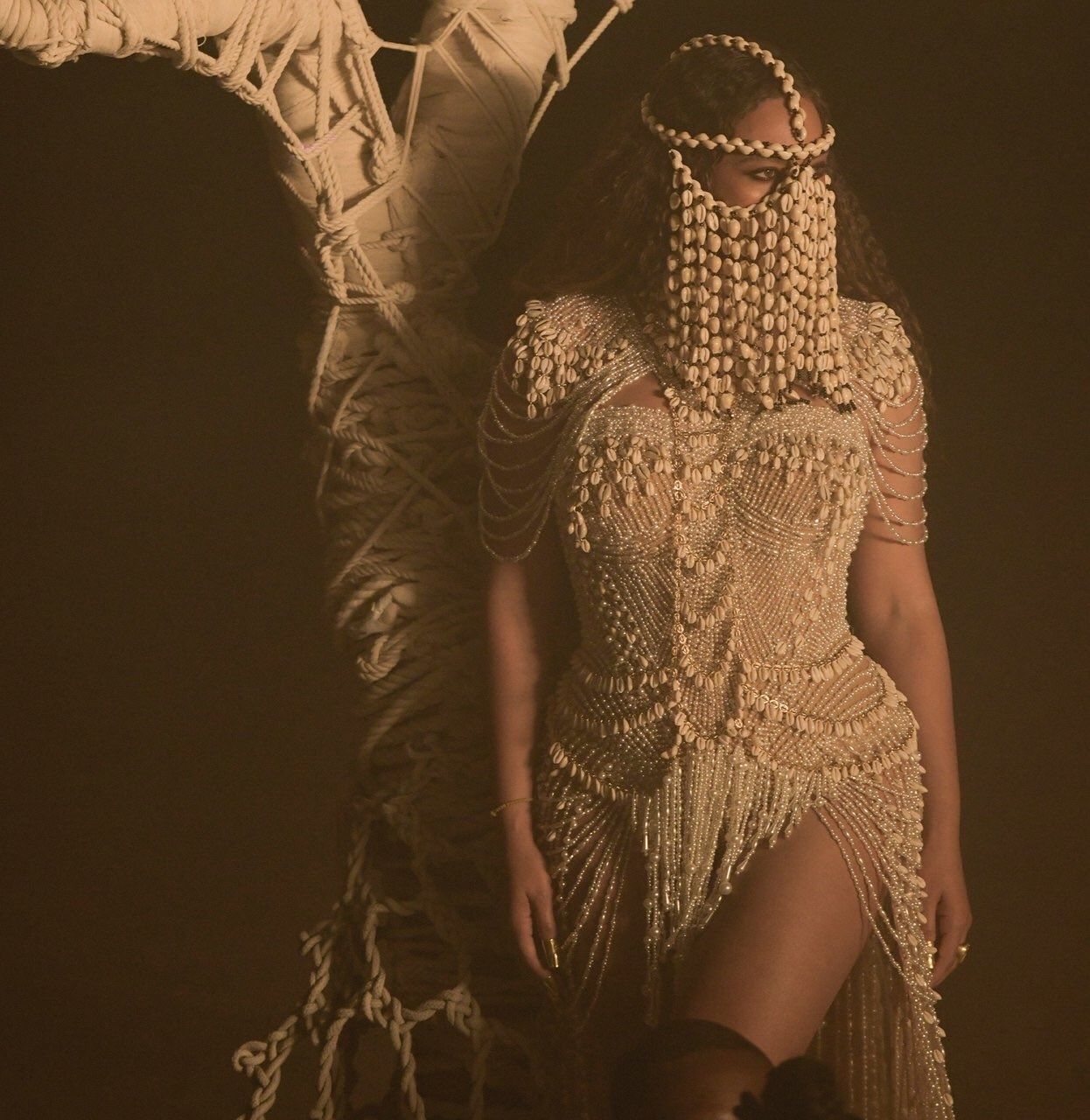 "My dream come true today," designer La Falaise Dion exclaims on Twitter. She then notes that Beyoncé is wearing her LAGBADJA headpiece in the music video.

Meaning "the unknown man" in Yoruba, the face of a lagbadja is usually hidden under a mask, like the famed Nigerian musician with the same name.

We recently named La Falaise Dion one of the top ethical and sustainable African fashion brands you need to know. The Ivorian designer repurposes cowry shells for intricate headpieces and masks that give an air of power and mystery.

Check Out the Trailer for Beyoncé's Upcoming Documentary 'Making the Gift'

The ABC special will offer a behind the scenes look at the making of the album "The Lion King: The Gift" and features Burna Boy, Yemi Alade and more.

Beyoncé is set to take fans inside the making of her latest album The Lion King: The Gift, with the upcoming ABC special Making the Gift, a documentary that chronicles the process of producing the album which she described as "a love letter to Africa."

The announcement came yesterday, when ABC shared the trailer of the special on their social media, even changing their Twitter name to "ABeyC" to mark the occasion. Beyoncé also shared the clip on Instagram—the surprise announcement has unsurprisingly spurred excited reactions from fans online.

The sleek baseball jersey was designed to celebrate the 25th anniversary of "The Lion King."

MIZIZI returns with yet another timely collaboration—this time with Disney to commemorate the 25th anniversary of our childhood classic, The Lion King.

The African streetwear brand says through the jersey's kid sizes, it now has the opportunity to cater to the next generation of viewers of the upcoming live-action remake that's to open in theaters this week. "The Lion King marked many of our childhoods," the brand says in a statement. "Much before we were aware of our identities, it resonated with us."

Sarkodie comes through with the energetic new dance video for "Bumper."

The new track is a high-octane affair that sees the Ghanaian star rapper delivering some standout rhymes and flows over an afro-fusion leaning production from Nigeria's Rexxie.

The new video for "Bumper," which was directed by Monte Carlo Dream, follows a group of dancers as they show off their moves inside a barbershop.

OkayAfrica spoke with the artist in November, following his win for Best International Flow at the BET Hip Hop awards. "[The album] is just about love amongst black people and it's 90 or 80 percent based on relationships," he said.

Watch the new music video for Sarkodie's "Bumper" below.

On first listen, "Lover 4 Life" could be mistaken for a song about a person Ayanda Jiya is in love with. But pay close attention, you'll pick up she's paying homage to the artists who inspired her as a child, and she uses them as an entry point to tell the story of how she fell in love with music and chose the career path she's currently pursuing.

The actress and playwright is set to develop, write and produce projects for ABC studios.