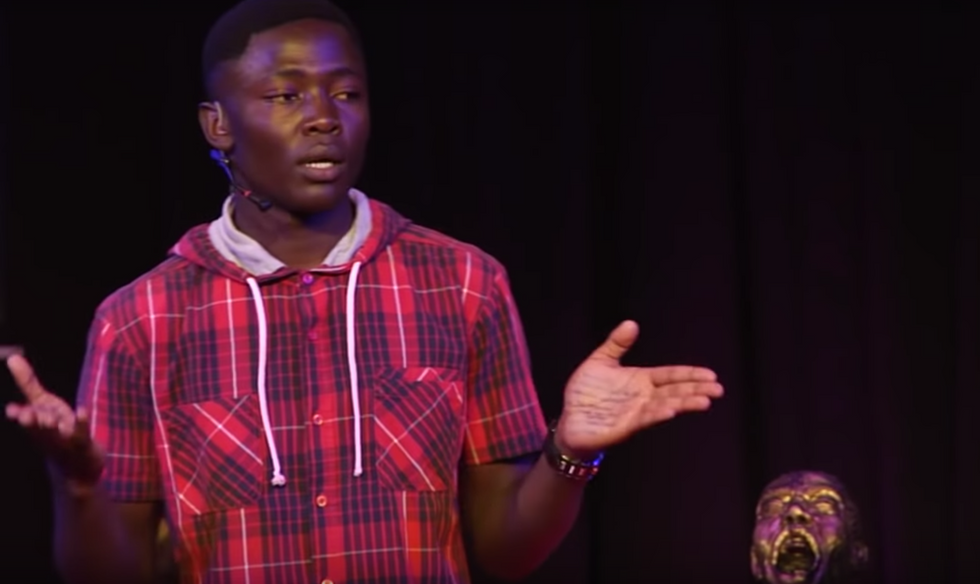 Activists and citizens are demanding justice for Maina

Kenyans have been calling for justice for Carilton Maina, a young student who was fatally shot by the police.

On December 21, Maina was returning home from watching football in Line Saba, Kibera when he was killed by the police. Maina was a 23-yr old student at Leeds university who was back in Kenya visiting his family for Christmas. He was also known for giving a TEDx talk in 2016 about poverty and violence. In the talk, he critiqued class dynamics, law enforcement, and criminal justice systems in Kenya and globally. He had also spoken about the potential power for education to take people out of poverty.

BBCreports that an investigation has been opened by the police who issued a statement saying, "We wish to inform the public that the Inspector General of Police has asked IPOA [Independent Police Oversight Authority] to expedite investigations into the shooting incident that occurred in Kibera within Nairobi County in which one Carlton Maina was shot and fatally injured."

The director of Amnesty International Kenya also commented, "Carilton Maina's killings shatters again the myth that only violent criminals are being killed lawfully. This death has the Hallmark of unlawful and extra judicial killing and must be comprehensively probed"

Many people on Twitter have called out against the police using the hashtag #justiceformaina and calling attention to the ways that being poor is criminalized in Kenya. Politician Boniface Mwangi also wrote in a tweet, "The truth is being a young man in #Kenya slums is a crime."