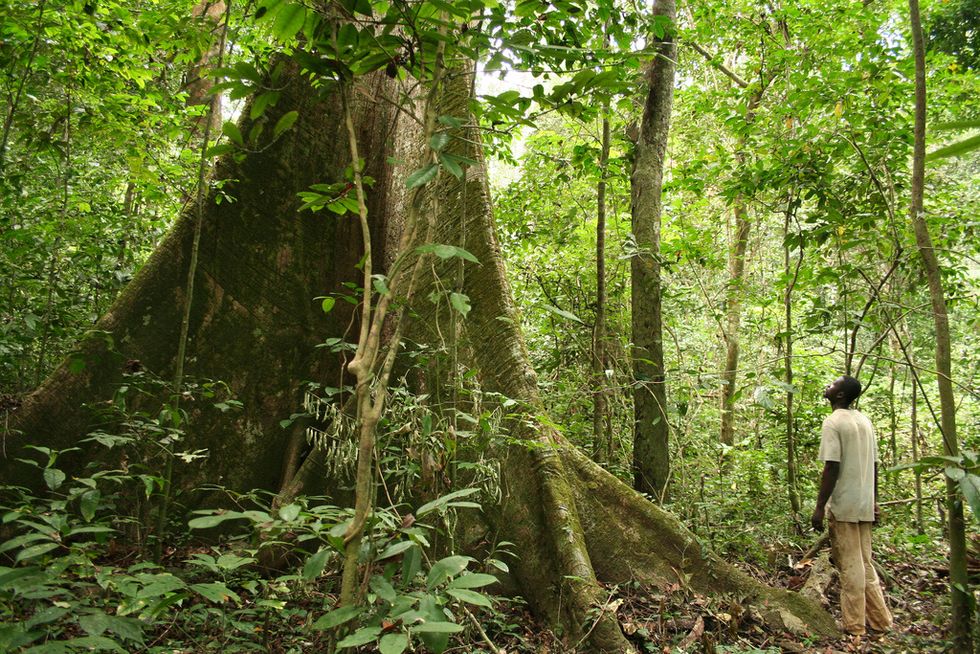 (Photo by Axel Rouvin via wikimedia)

The country will receive $150 Million in support of its exceptional sustainable forestry.

Gabon just made history as the first African country to receive payments for preserving its rainforests. On Sunday, Gabon signed a 10-year deal with Norway that will give the country $150 Million for their efforts at sustainable forest conservation, reduced greenhouse emissions and carbon dioxide consumption. The money will be paid as both a reward for past environmental performance and as an incentive to continue their good work.

The deal was made via Central African Forest Initiative (CAFI), a project launched in 2015 by the United Nations to link European donors with African countries. According to CAFI, Gabon has previously been active in environmental preservation, creating 13 national parks in less than 20 years to protect much of their forestation. Considering 88 percent of Gabon is rainforest and the country hosts 60 percent of Africa's living forest elephants–the actions taken to sustain forests and decrease greenhouse emissions have a strong global impact.

From CAFI's statement announcing the agreement:

Led by Gabon, leaders from the region have joined to put forward, during the Summit, the role of Central African forests in mitigating climate change. Called the Earth's second lungs, the region's vast rainforests cover the size of Western Europe and, with the peatlands they harbor, store up to 70 billion tons of carbon, equivalent to 5 to 10 years of global greenhouse gas emissions.

Gabon's Minister of Forests, Professor Lee White, said that the deal with Norway will "improve the living standards of the Gabonese people by creating jobs and livelihoods, whilst also sustaining natural capital, and to preserve our natural treasures and biodiverse ecosystems." Gabon has been a leader in the region for pushing strict conservation laws. This type of activity garnered attention and support for Gabon from the global community.

Financial sponsorships from countries with capital to those with natural resources–like Norway's to Gabon–are intended to help promote sustainable practices while also actively reducing the global carbon footprint. These sponsorships are becoming more common as of late. As Quartz reports, the Seychelles also traded part of their national debt with a promise to protect a third of its waters in 2018. The Africa Times states that the Republic of Congo has signed an agreement to promise increased conservation to a sponsorship tune of $65 Million from CAFI.

The news came sandwiched in the middle of a climate focused weekend with the global youth protests over climate change on Friday to the Climate Action Summit happening today at the UN.