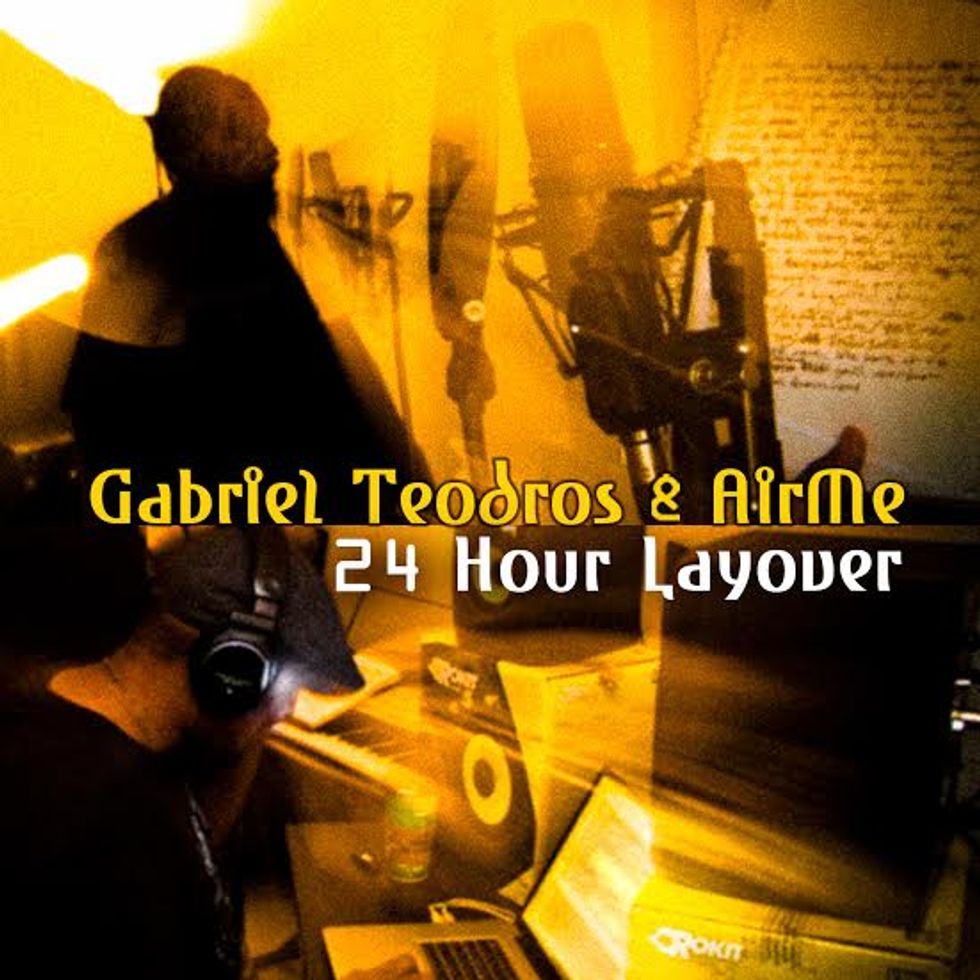 Life handed Gabriel Teodros a 24 hour layover and with that the Ethiopian/Seattleite MC made soulful wordplay for anyone who has ever felt in flux between two homes. Back in 2011 Teodros found himself in DC for the day, the intersection of his trip between Ethiopia (where he was touring Meklit Hadero, Burntface, Kaid and Saba Kahsay) and his Seattle hometown. With a few hours to spare, friends introduced Teodros to Ethiopian-American producer AirMe. The pair linked up that same day at a studio and recorded "24 Hour Layover." Said Teodros on the 10,000+ miles of separation at the heart of the recording:

"This one is for anyone that ever had to leave the people they love, when no parts of you really want to go. Also, especially for everyone that saw me off at the airport in Addis... I landed in DC and recorded this right away. Love"

Listen to Gabriel Teodros' latest below. "24 Hour Layover"– the initial impetus for a total of 20 tracks Teodros and AirMe would co-create a month later (and finish mastering the following year)– is the first single off the upcoming Children Of The Dragon LP. Stay tuned for more drops leading up to the album's May 7th release.