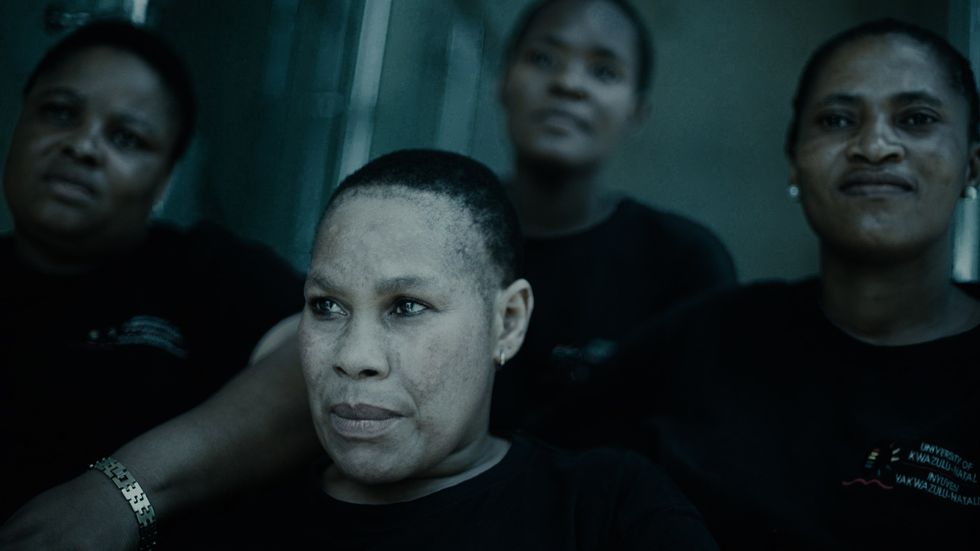 Some were just trying to get rid of pimples, while others were succumbing to societal pressures.

For the film, which explores skin lightening among women of color, the crew travelled to Cape Town, Johannesburg and some parts of the Eastern Cape. There are interviews with students, artists, salon owners, and prominent figures such as Milisuthando Bongela, editor of Friday, the arts section of the Mail & Guardian.

This variance in voices gives an interesting perspective of how and why rural and urban women prefer their skin lighter. Some were just trying to get rid of pimples, while others were succumbing to the societal pressures that equate looking lighter to being prettier.

The documentary also explores the health implications of skin lightening. Research by Professor Ncoza Dlova, a dermatologist and chief specialist and head of the department of dermatology at the University of KwaZulu-Natal, offers an entry point into the documentary. She's of the notion that it's society that pressures black women to want to appear lighter.

A Gentle Magic doesn't only excel in giving voices to women from different walks of life. But the cinematography makes it a visual poem by way of cutaways that may, at first, not appear connected to the stories.

There are cutaways of young people living carefree, and the geography of the different locations the film was shot in is exhibited. Those shots intercut with the interviews to give the viewers' eyes something positive to rest on, as the heartbreaking stories of altering one's skin is told lay by layer.

Watch the trailer of A Gentle Magic below. Follow the crew on Twitter for South African screening dates or email them: susancneilson@gmail.com.