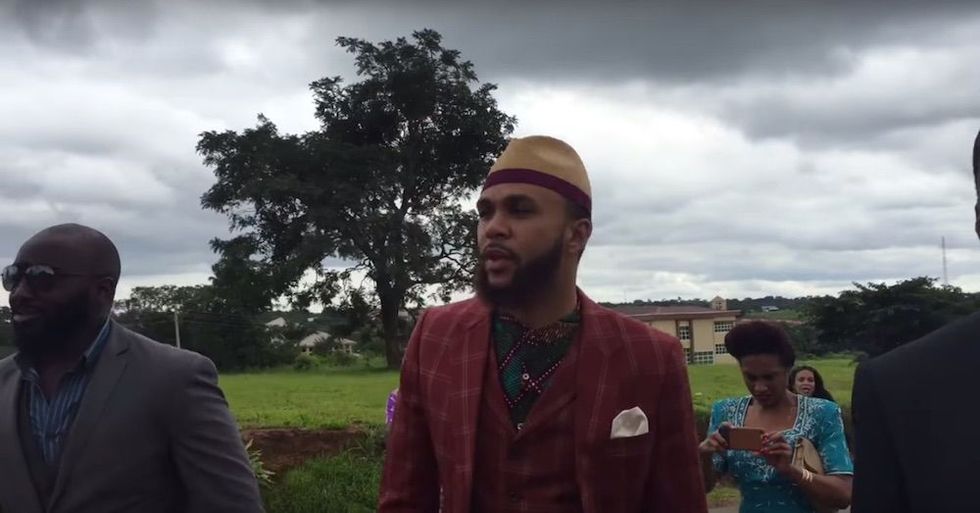 Jidenna visited his childhood home of Enugu and launched a scholarship dedicated to his late father Professor Oliver Mobisson.

Jidenna recently took a trip to Nigeria, the birthplace of his father.

During his visit, the "Classic Man" singer played a show at Lagos' Hard Rock Cafe, where he was spotted sharing the stage with Burna Boy.

Shortly afterwards, Jidenna hopped on a plane to visit his childhood home of Enugu.

"That's the town that I grew up in," the Nigerian-American singer mentions in the video. "I'm from a state called Imo state but I actually grew up in Enugu... this is like that kind of hometown feeling when I go back."

During his childhood, Jidenna lived in Enugu while his Igbo father worked as a professor of Computer Science at Enugu State University. His name in Igbo means "embrace the father."

While there, Jidenna and his sister launched a scholarship in Computer Engineering at ESU, named after their late father Professor Oliver Mobisson, reports VeeNaija.

During the endowment ceremony, Jidenna recalled that his father "worked with professors and students of this institution to create the first commercially produced personal computer, here in this university," writes VeeNaija.

Watch Jidenna's nostalgic visit to his childhood home above.