The NBA Makes Its Africa Debut 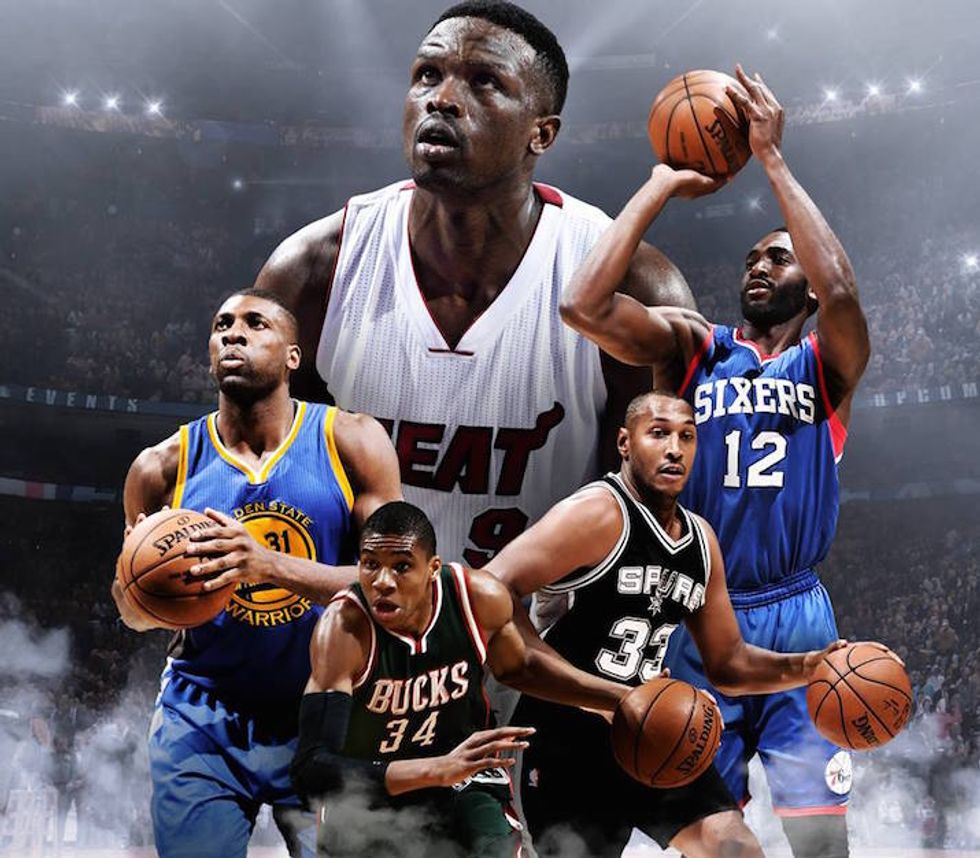 A closer look at the players representing Africa at the NBA’s first ever game on the continent.

Luol Deng is an NBA All-Star who currently plays for the Miami Heat alongside Dwyane Wade and Chris Bosh. He was born in what is now South Sudan, in the city of Wau. His family are of the Dinka people. When he was a kid, his family fled to Egypt in order to escape the Second Sudanese Civil War-- which did not end until Deng was 20, in 2005-- and eventually ended up in England. While in Egypt, his family met Manute Bol--one of the NBA's first African players--who mentored both Luol and his brother, Ajou. His family was granted political asylum in England, where Deng played basketball until the age of 14 when he moved to the United States to play at Blair Academy in New Jersey.

During his only season at Duke University, Deng played as if his every moment on the floor counted, leading the Blue Devils to a Final Four appearance by playing unselfishly, spreading the ball around, taking smart shots, and offering up the occasional posterizing dunk. He led all Atlantic Coast Conference freshmen in scoring, rebounding, and field goal percentage.

During his first season in the NBA, with the Chicago Bulls, Deng made the All-Rookie First Team, averaging 11.7 points, 5.3 rebounds, and 2.2 assists per game.

In 2010, Deng returned to South Sudan for the first time since his family had fled.

In the NBA Deng continues the unselfish style of play that Duke's Coach Mike Krzyzewski is famous for. Deng is one of the few players in the league that consistently gives LeBron James headaches on offense and defense.

Throughout the NBA season, whenever he plays against a team with an African player on their roster, Deng is known to invite his fellow African(s) to dinner the night before to promote unity and camaraderie.

As captain of Team Africa in the NBA's upcoming exhibition game, look for Deng to take the lead not just by scoring, but by sharing the ball and creating opportunities for his teammates.