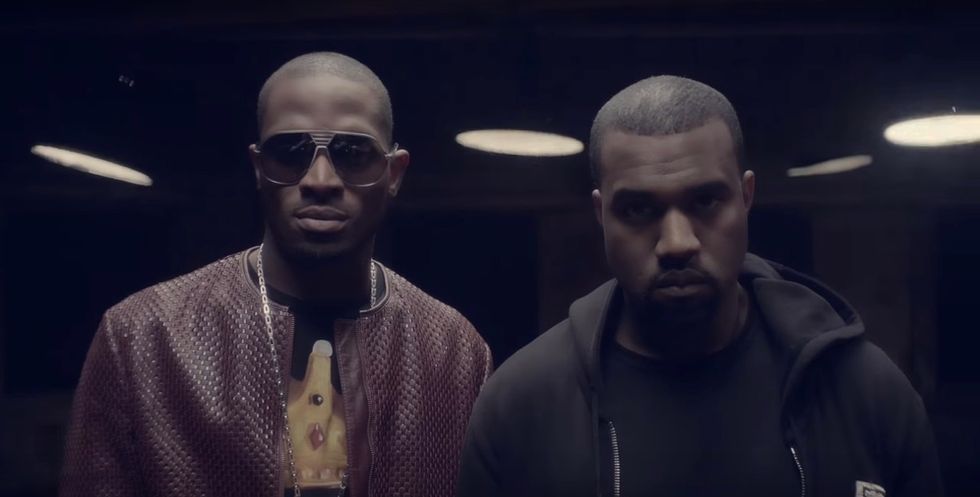 Time was when the mere rumor of an American artist guesting on a Nigerian song was enough to fuel its anticipation. In this new afropop era (circa Tuface Idibia), these international collaborations have become common place, but not enough to make them pass without some fanfare.

A good number of these collaborations are remixes of proven hits, variously attempted by American artists in their prime and those in need of a career boost. Some have being genuine cultural exchanges, while others wear the tear of desperation. Here are 10 of the best of the American remixes of Nigerian songs.

One of the finest music minds of his generation, Frank Ocean's cover of Steve Monite's 1984 original was one of the most delightful surprises of 2017. Monite's songs is a vividly drawn tale of burning sexual desire over funk and disco grooves that combined synths, laser sounds, bass and electric guitars. Lyrically, the track is most obviously modified by Ocean's change of pronouns—"she was loving me 69 times in my home" becomes "he was loving me 69 times in my home." Hopefully there's a recorded studio version included in his next album which many, not least this listener, eagerly await.

The prince of Nigerian pop and American R&B royalty on the same song was always going to be a good thing. Read our full review of the song here

Full marks still go to Drake for his astute rendering of Wizkid's ready-hit off his sophomore album Ayo, which provided the most efficient orientation of both artist's song-making genius into their sister markets. It was the best business favour either party had any right to imagine for themselves.

The 1997 original is still much loved and any updating risks spoiling a cherished memory— but thankfully that doesn't happen here. Fine singing from K Michelle makes for a respectable take, while producer Shizzi replaces the slow bounce of juju with highlife guitar and EDM pretensions, while maintaining the integrity of the first.

Uncle Snoop brings the full charm of his nimble flow to Don Jazzy's afropop-EDM mashup beat for D'banj at his most brazen in "Mr Endowed." The original is less cluttered than the remix, but the bombast feels appropriate for the large personalities of the individual artists involved.

As committed a Kanye West guest verse as it gets (double, in this case), the remix posits the possible great music West and D'Banj could have made but, in the end, perhaps was not meant to be.

Thankfully, Rick Ross does not attempt insincere afropop overtures like rapping in pidgin or some other Nigerian language, but chooses to name check his hosts and offer a knotted lyric—"all your energy can feed cancer"—to his love interest, whose meaning is (still) not clear. Something for future Rick Ross scholars to deliberate on.

Both remix versions of "Your Number," one with Fetty Wap and the other Chris Brown & Kid Ink, gave Ayo Jay's song American radio credibility. The latter pairing of Brown and Ink did a better job of creating the more memorable melodies to fit the polite proposition of Jay's original.

The hard rattle of a dembow adds real bite to this crowd pleaser of a worship song, which in Nigerian churches benefits as much from zest as from vocal prowess. Having all three members of Destiny's Child on it elevates the importance of an already lofty listening experience.