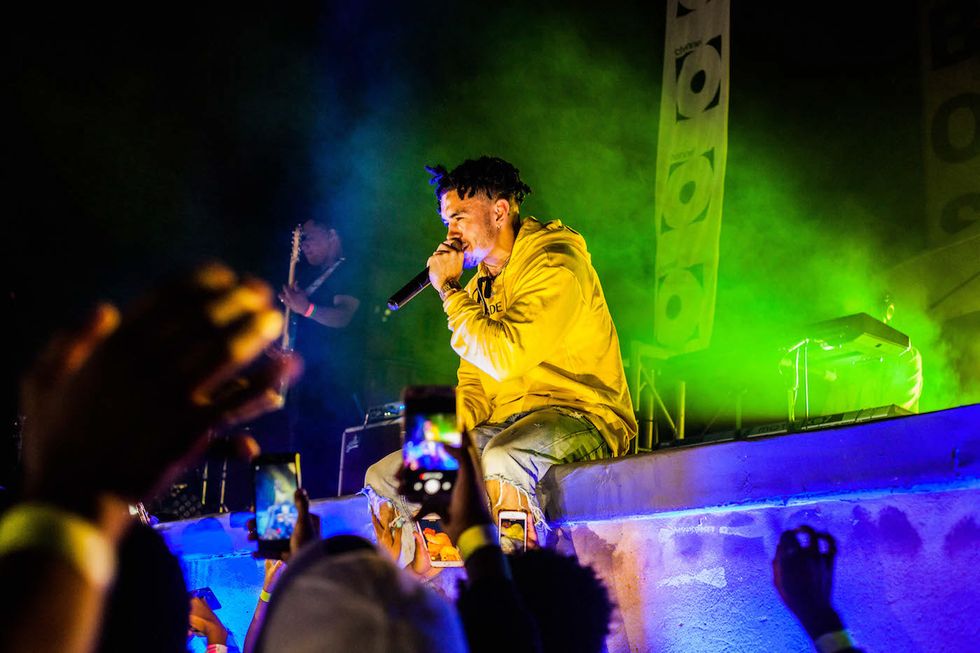 Here are 10 key tracks from the South African rapper's discography.

South African rapper Shane Eagle is joining Dreamville's Bas on his Milky Way Tour from this month. If you aren't familiar with Shane Eagle, but are planning to attend the shows, or you just don't understand what the big deal about the man is, read on (and make sure your headphones are ready).

In his short career, Shane Eagle has managed to build a solid fanbase that rides for him, relate to his personal lyrics, admire his persistence to play the game by his own rules, fill up his shows, and stream his songs in millions.

The MC made history when in 2018 he, as an independent artist, scooped the coveted Best Rap Album at the South African Music Awards, the biggest music award show in the country.

Below, we pick 10 songs from the artist's rich catalog that we believe are his best thus far. From introspective deep cuts to catchy bangers and everything in between, we bring you the 10 best Shane Eagle songs, all listed in no particular order.

Over mellow keys, Shane Eagle wears his heart on his sleeve, revealing that things aren't always what they seem. Then an up-and-comer, Shane knew the struggle of being seen on TV while your bank account tells a different story. "Cutting Corners" came with lines that cut deep, such as "When you pack your gun, don't forget to pack your bible, too/ 'Cause I remember times when I was suicidal, too/ It's okay to lose your temper, my nigga/ It's okay to roll some weed, and get on your level, my nigga/ It's okay, it's okay, it'll be okay, it's okay."

Easily the man's best record, "Julia" sees him respond to what he sees around him—government incompetence and rappers with lyrics that lack substance, over a warm boom-bap instrumental. "Julia" is a modern classic, and by excluding it from Yellow, Shane gave the song its own life, and deservedly so.

"THE MOON" was one of the songs that were part of Shane's YellowVerse visual project. In the song, he touches on the importance of the human race reclaiming its freedom, and figuratively, the idea of creating your own lane. He raps: "Look around my nigga/ Can't you see we all controlled?/ Yeah, I need my planet back/ This here planet I call home, yeah."

In this song, Shane raps about the game, taking swipes at rappers for trying too hard—wearing fake chains, bragging about meager numbers and mumbling instead of rapping. He, on the other side, keeps it real and his music is poppin' in the streets. Sonically, "Empty Highways" is boom-bap with the crackling noises and warmth of analog production.

A song about his father, "Ronnie Hughes," is another track in which Shane shares personal details about himself atop a jazzy boom-bap instrumental that leads with a horn loop. In just one verse, he manages to paint a picture of what kind of man his dad is, rapping:

"Here comes this old Irish man out from Dublin/ Who flew to Africa to meet my momma and her cousins/ Not no regular story of how Europeans try to feast on Africa's glory, it's not like that/ I seen him see the black tax, and try to carry my momma on his back/ But then he taught me: alcoholics always have to crash."

Shane's 2017 debut album Yellow was introduced with a potent title track. On "Yellow," the MC's storytelling skills take center stage as he speaks about how he viewed the game from the outside, then shares a conversation he had with his father that changed his outlook on his life. He also recalls a friend of his who wanted to make his girlfriend commit an abortion because he didn't have the means to take care of the child. It's just one anecdote after another, which was a fitting opening for an album that is based on real life events.

Shane Eagle roped in fellow East Rander Big Star Johnson for a trap banger, flossing about their shining wrists and big checks. When the song dropped, Shane was clearly still figuring himself out. "Way Up" can turn the club up, and the two MCs impress with great flows and clever lines that aren't hard on the ear. It also shows the chemistry these two have, as "Way Up" isn't one of those songs where rappers email each other verses, but rather a song that both artists built from scratch.

A deep cut from Yellow, "Strange" is Shane trying to deal with getting famous—from dealing with friends who feel he's deserted them to taking the whole squad for a shopping spree on him. Just like most of the man's songs, he doesn't do too much—the beat is minimal, and he just laces it with verses and a simple hook, but to maximum effect.

If you've been to a Shane Eagle show, then you know this song is a staple. One of the very few songs that reference trap on Yellow, "Let It Flow" sees Shane drop lofty and memorable lines, the most memorable being of course "Your favorite rapper is a pop star, darling," which is believed to be a jab at AKA.

Another song in which Shane is believed to be coming at AKA. Beyond the controversy, though, "Gustavo!" is a mild banger in which Shane exhibits his ability to approach every beat differently, with varying flows, cadences and vocal projection.