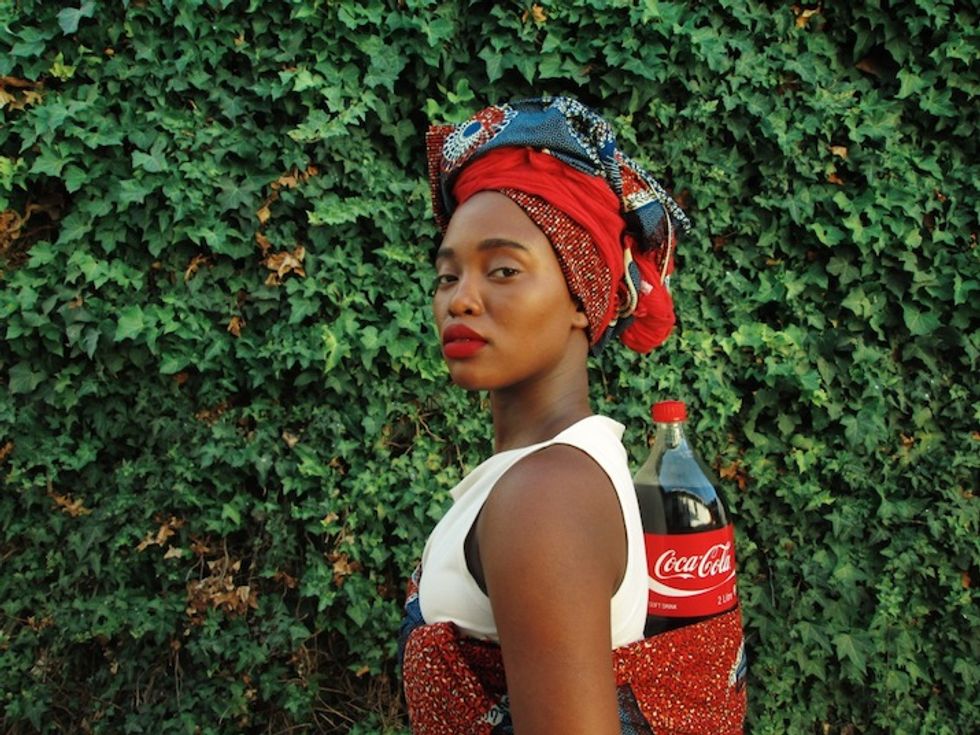 “Black people inspire my work,” Cape Town-born illustrator and graphic designer Thandiwe Tshabalala boldly says. And it’s evident from the work on her tumblr– filled with illustrations of brown faces and culturally rich emblems, while tackling topical issues such as racism, poverty and misogny. In late 2014, Tshabalala caused a stir on social media when her graphic, titled Strapped South African Black Well Organised Woman Essentials, went viral. The piece featured images of household products that have been appropriated for body products. Responding to negative reaction to the artwork, which some felt was offensive to black women, Tshabalala asked in an interview with African Digital Art, “Why is the truth offensive?” “The truth of the matter is, poverty is still a major issue in this country, let alone the whole continent of Africa.” And it is this “truth-telling” approach that highlights Tshabalala’s illustrations, as they focus on a South African and African narrative. Such as the concept covers for Jane Austen books, which she gave a black South African twist to, and her more recent illustrated GIFs of Xhosa names.