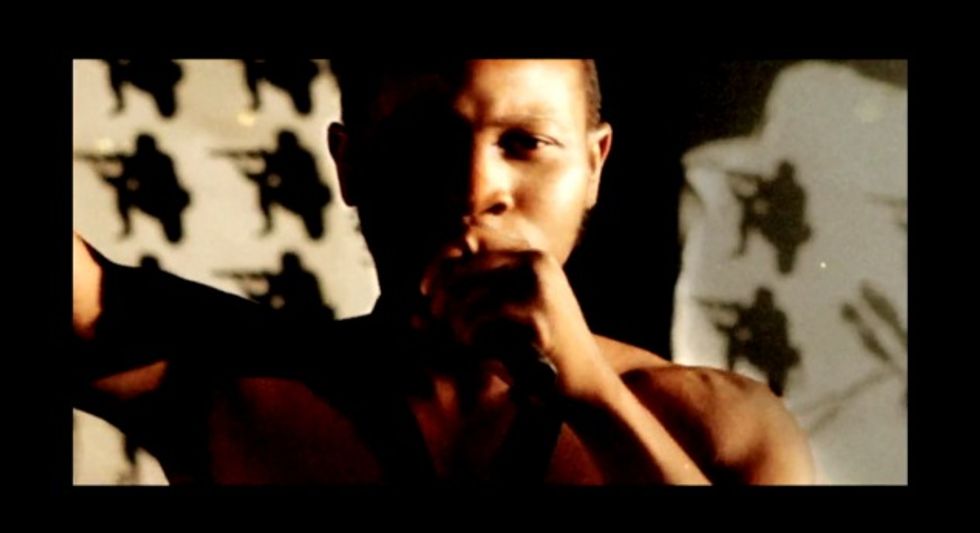 Seun Anikulapo Kuti, the youngest of the Kuti clan, is poised to bring his ecstatic, urban influenced version of afrobeat to new generations with the release of From Africa With Fury: Rise. The album drops June 21st, and is produced by Brian Eno, among others, and backed by Egypt 80, the band first fronted by Fela himself. Seun (pronounced "shay-oun") started his musical career at age nine by hyping his father's audiences with renditions of Fela's songs. With this history behind him, his shows today are masterfully crafted explosions of kinetic energy. It's the next best thing to seeing Fela himself.

Check out the video for the first single "Rise" above starring Seun himself along with dancers from the cast of FELA! on Broadway. Then download it for FREE here (right click to save as an mp3).

To promote the album and take up where his father left off, Seun is embarking on a North American tour starting July 13. Check after the jump for tour dates.