The Best South African Music Of The Month 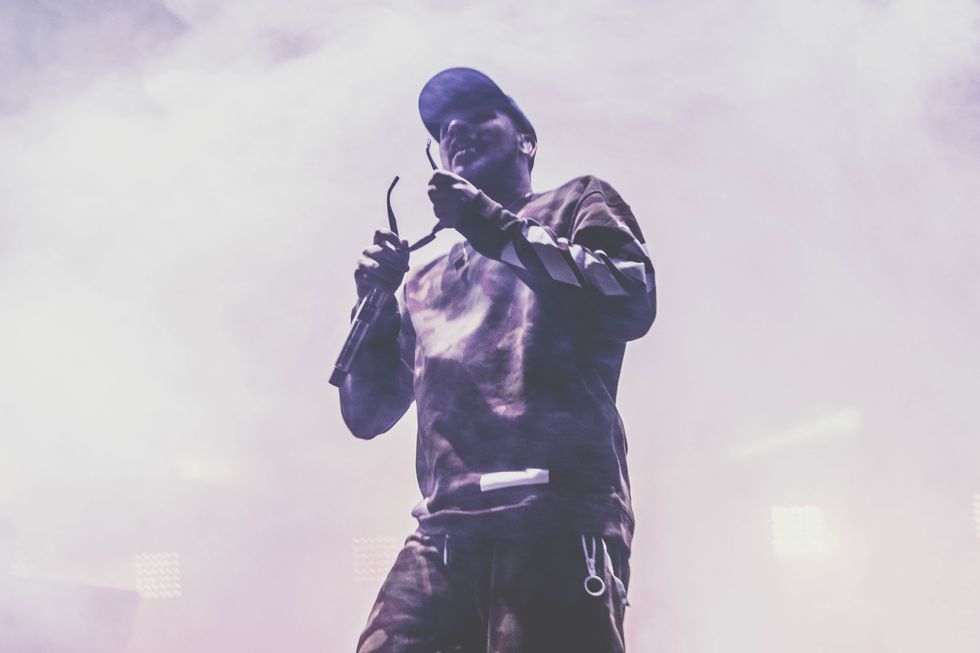 SA songs and releases we loved this month.

While other genres are relatively quiet in the first month of the year, hip-hop has already fucked up 2018 in South Africa.

Here are the South African songs that caught our attention this month.

Polish-Angolan duo Lua Preta released a double single. One of the songs features Morena Leraba, who stays between Joburg and Lesotho. The EP is a fusion of electronica, EDM and Leraba's Sotho raps.

Solo and BETR Gang dropped an album that set the benchmark for South African hip-hop in 2018. The star-studded record features the likes of K.O., Moozlie, Reason, Maggz, Rouge, PH and a whole lot more. Bars galore.

B3nchMarQ dropped another impressive EP, a follow-up to their debut Aspen (2017). This one features sing-songy raps, great deliveries and beats that knock so hard they might leave fractures in your eardrums.

Read: 20 South African Artists Who Could Fuck Up The Game In 2018

Lastee's first single of 2018 is a dark bass-heavy trap-soul banger that will surely get you in your feels.

Producer 37mph pulled this remix to JR's 2009 hit "Gata Le Nna" out of archives. Featuring the likes of Cassper Nyovest, Mr Selwyn, Shugasmakx and more, this one may be nine years old but still sounds fresh.

YoungstaCPT's "Miyang Stokkie" is like a Kaapstad take of Dead Prez's "Mind Sex." A potent steamy love single that you should keep for the winter. This one's taken off of his and Maloon TheBoom's 2017 album YungLoon Taliboom.

The latest single from Riky Rick's Stay Shining EP just got highlighted with an impressive visual that's fitting for a collaboration of this caliber.

DJ Azuhl keeps his eyes on the streets. He gives this Rouge banger a new life by giving it a darker instrumental.

AKA took a short break from making pop hits to drop a few bars (autotuned but still potent). Stogie T's verse is vicious—he throws jabs at the likes of Riky Rick and Cassper Nyovest. What a way to start the year.

While gqom is known for its stripped down nature, Prince Kaybee drops a layered gqom hit, which features melodic vocals, hard-hitting drums and a selection of synths and strings.This one will be a staple in the clubs.

"Wadlala Ngam'" sees the KZN-based lyricist croon some sing-songy raps drenched in mild autotune over mellow keys and a mid tempo rhythm. He speaks of a lover who did him dirty after he had invested all his emotions in the relationship.

AKA's back on his pop shit, and this time around, it works. He croons about his relationship which just ended.

Nadia is dripping with swag in her latest video. Forgive the outdated lingo, but it will all make sense after you watch it. The song's instrumental bands, and Nadia and Cass fill it up with their big egos.

Miss Pru DJ gathered a squad of her girls to flaunt their money over a trap banger. We are seeing more of these tracks where women are doing it on their own, and we are totally here for it.