100 Women: Straight to the Bone | The Work of Yrsa Daley-Ward 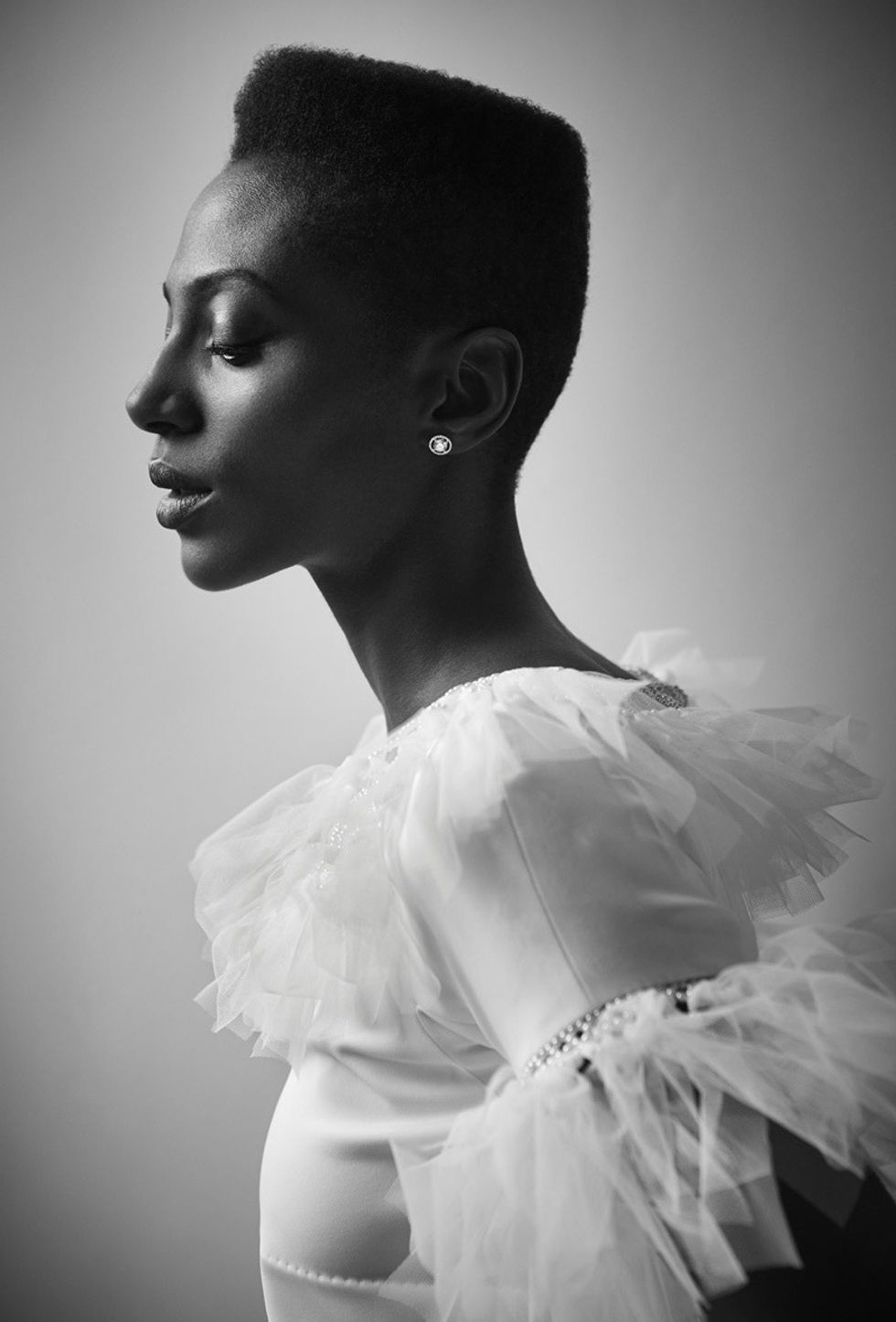 We talk to the inimitable Yrsa Daley-Ward about the power of her poetry.

Yrsa Daley-Ward's poems are works of emotional honesty, often searing when not comforting. For her growing legion of fans, Daley-Ward's words serve as testaments to a rich and complex life that speak to triumph over personal trial. On an even broader scale, they challenge a cultural climate (still) resistant to the fullness of black creativity.

For more than seven years, Daley-Ward has successfully worked as a model and actor. But above our 100Women honoree's modeling campaigns with Nike, Apple and Topshop, acting credits and over 120,000 Instagram followers, is her written word. Her debut, a story collection called "On Snake & Other Stories" was published in 2013. But it was "Bone" her poetry collection published by Penguin Random House that landed her in the literary limelight last year.

"Bone" is a selection of largely autobiographical prose poems that are delicate and hardened, frequently concise, yet occasionally sprawled in structure and emotional range. The events and characters depicted in her poems that are drawn from her life effectively draw us into her life and give us a glimpse of her perspective on love, family and the world.

Kpade: "The Biggest Tortoise In The World" is about a disintegrating relationship in which one lover listens to the other make casual conversation about her day, perhaps from a news headline, about a discovery in South America:

They had to get a lorry or something to remove it, imagine that.

The other person in the poem, already in mourning, offers an unspoken consolation of continuing affection and hope for a new partner:

maybe he or she will have tightness in the neck, a passion for useless facts and the power to stick around.

Daley-Ward: It's quite a lonely realization [when one partner mentally checks out of a relationship]. But because of your love for a person, you compromise your own ideals, which is something I'm only just learning.

Kpade: Is the character in the poem being patronizing when she hopes for her other half, a new partner who has a "passion for useless facts"?

Daley-Ward: Well, sometimes we patronize without knowing it, and absolutely there must be part of that in there. I'm very far from perfect. Maybe in the poem I'm saying you'll find somebody that's more suited to you than I am.

Kpade: In the poem you have the emotional upper-hand, having untangled yourself from a love your partner is knotted to. As the poet and subsequently author of your subject's fate, you are in even more in control. It seems this poem "the biggest tortoise in the world" reflects uncharitably on the lover who is slow to realize the lurch in which he or she is being left. Is this all an over-read?

Daley-Ward: No, I like that, though. I like when people over-read, because poetry's going to be about what you take from it, so it's good.

But there are definitely layers to what she has put into it. The familial accounts dispersed throughout her work, for example, that beg further insight into Daley-Ward's upbringing she points out are simultaneously her truth and open for interpretation.

Kpade: In "Mum" you call out to your mother with as much desire as despair:

I hope you have daughter with a

plan and a dream

And sons who aren't on first-name

basis with the police

I hope you have your pick of a few good men

And none of them know how to cheat

Is it meant to be harsh in depicting the son in the poem as a repeat offender and the mother as having poor choice in men?

Daley-Ward: Well, I think that's strong. There's nuance and it's got to be applied to these things because it depends on your cultural background. It depends on your class. It depends on so many things when reading. I grew up in the north [of England], and there's so many altercations and situations that one may have with the police.

Kpade: Your approach is to always write near to the bone.

Daley-Ward: It's not the easiest, but it's the truth. Truth is not always palatable, so what do we do?

We speak it. And she does, taking the reader through low dips and resurfacing. The suicidal thoughts and surrendering to fate of one poem ["In The End Of The World But Almost"] is resolved by another ["Things It Can Take Twenty Years And A Bad Liver To Work Out"]:

You better learn to forgive yourself

It's a skill you're going to need until you die.

The cumulative experience of reading the entire collection can easily leave one feeling rung through a difficult phase of life but oddly grateful to have arrived at the lessons learned. Now her canvas has expanded. The multi-hyphenate added yet another title to her repertoire with "The Terrible," her memoir scheduled for release in June. To her own admission, the shift to a more generous book length has given her ample space to reinvestigate her upbringing in the north of England. "It's very extreme because I have had an extreme life," she describes of the upcoming release. "There's no point saying anything else, because that's what it is. That's what I've come to accept, so that's what I wrote about."

While her honesty is in line with that of the unbridled discourse on the social media platforms on which she shares her work, the success of "Bone" and the promise of "The Terrible" are built on a spiritual foundation she continues to practice. "I pray. I meditate. I'm careful about what I take in. I spend a lot of time on my own. I do all these things, and it's everyday as things get busy, and because my base always moves. I'm always flying around. You have to have a solid place inside yourself. That's what I do. I'm much more peaceful than I was three years ago. I have to be or I would never be able to sit down to make the work because I would be all over the place. There's no place for that now."