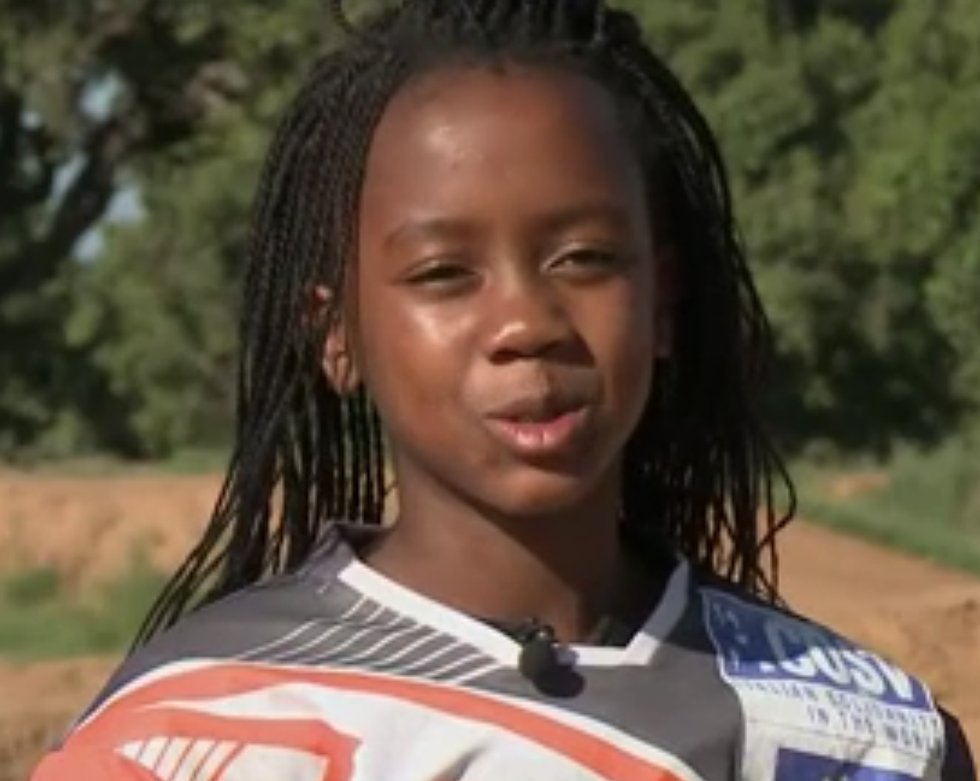 Tanya Muzinda of Zimbabwe is proving that girls can off-road race, too.

But she’s racing to prove those naysayers wrong, despite motorcross (off-road racing) being a largely male-dominated arena.

“At times I do beat the boys, so they feel terrible because they were beaten by a girl,” Muzinda, who has been motorcrossing since she was five years old, tells BBC.

Muzinda’s dad introduced her to the sport, which has a modest, yet devoted following throughout the continent. And the hobby has evolved into a family affair for the Muzindas, though she adds, “in my family, it’s a rule to do school first”— so adorbs.

“It’s a sport we enjoy doing because it makes us bond as a family,” she says.

Training four times a week at Donnybrook Raceway, Muzinda explains, “to be good in motorcross you have to have the right technique. And you should be focusing and safe.”

What she enjoys most about racing is the speed, the ability to ride anywhere, and of course, air jumping.

There aren’t many girl racers like Muzinda because it’s an expensive sport. And finding a motorcrossing bike is especially difficult in Zimbabwe, she says.

For girls who want to try motorcrossing—or enter any male-dominated space for that matter—Muzinda offers this advice:

“The sky is the limit. Do what you want and later on in life, you’ll succeed.”

Muzinda is wise beyond her years.

Learn more about her story in the AJ Plus video below.