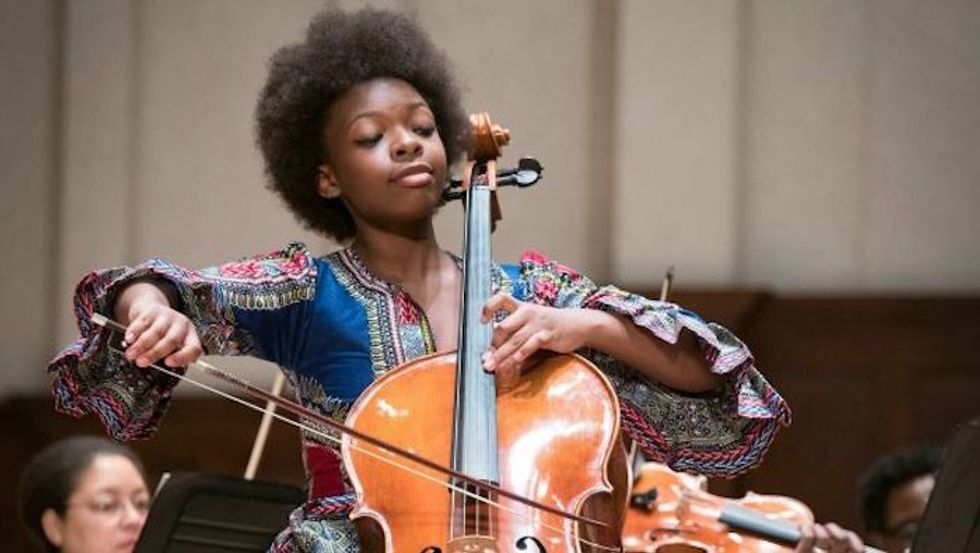 Ifetayo Ali-Landing has been playing the cello since the age of three and she just won a major classical music prize.

Ifetayo Ali-Landing is a 14-year-old Nigerian cellist who's about to take over the world of classical music.

The Chicago-based teen, has just won the prestigious 1st place prize in the 2017 Annual Sphinx Competition, held in Detroit, Michigan every year for young Black and Latino string players. She took home a $10,000 cash prize, and is set to make appearances on both NPR and PBS' talent showcase, From the Top, and to perform as a soloist in a number of orchestras.

Though she's just 14, Ali-Landing has been playing instruments for over a decade. She began playing the violin when she was still a toddler and switched to the cello at the age of three, reports Blavity. She's received numerous awards for her playing since, including the 2013 Friends of the IPO (Illinois Philharmonic Orchestra) Rising Stars Showcase, reports Blavity.

Her recording of the first movement of the Saint-Saëns Cello Concerto No.1 in A minor went viral in 2013, when she was just ten.

I don't remember exactly what I was doing back when I was 14, but I know for a fact that it wasn't nearly this impressive. We can't wait to see where her singular talent takes her. Congrats to the young prodigy!