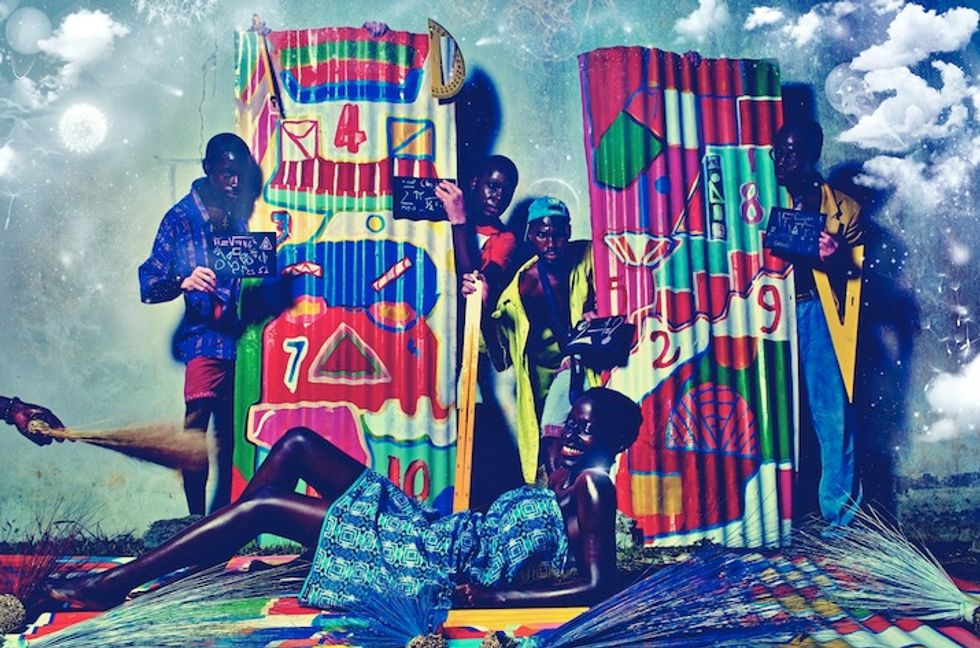 We preview a selection of artworks that will be on display at the New York debut of 1:54 Contemporary African Art Fair.

On Friday, Europe's largest contemporary African art fair will officially make its U.S. debut in conjunction with Frieze New York. On view May 15-17 at Pioneer Works in Brooklyn, 1:54 NY will showcase pieces from 16 galleries across Africa, Europe, and the U.S., with work by a total of 68 artists either originally from the continent or currently practicing there.

In addition to the fair itself, 1:54 has also programmed two days of panels, talks and lectures with a series curated by Koyo Kouoh of Dakar's RAW Material Company. According to a press release, "Forum looks to reexamine present and future notions of 21st century African diasporic identities as traversed, negotiated, and performed in the arenas of intellectual, cultural and artistic practices." In order to attend events in the FORUM series, you'll need to RSVP here.

Market developer Touria El Glaoui (her father is Moroccan artist Hassan El Glaoui) founded 1:54 in 2013 as a platform for galleries, artists, curators, art centers and museums involved in African and Africa related projects. Now onto its third year, the London edition of the fair will take place at the historic Somerset House in October during Frieze Week.

In the gallery above, we preview a selection of artworks that will be on display this weekend. 1:54 NY runs Friday, May 15, through Sunday, May 17, at Pioneer Works in Brooklyn (159 Pioneer Street). Find out more info here, and keep up with 1:54 on Facebook, Twitter and Instagram.