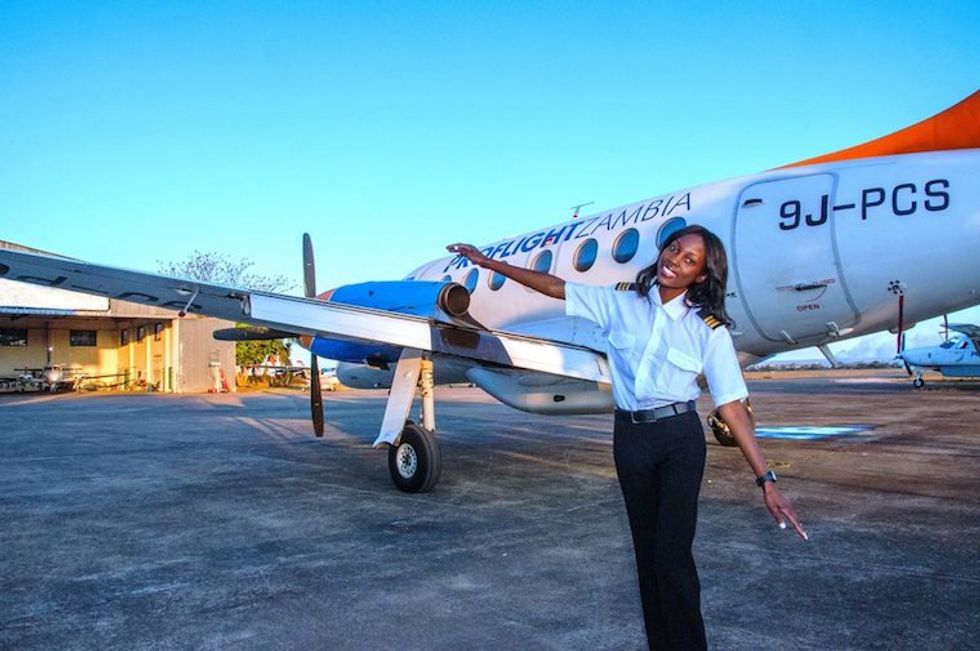 Besa Mumba is flying high as a first officer for Proflight Zambia.

According to the Proflight Zambia press release, with her appointment last month, Mumba overtook 20-year-old Kalenga Kamwendo’s record. Both are honoring the legacy of Zambia’s first female flyer Yichida Ndhlovu.

The Lusaka-born teenager is flying high as a first officer for Proflight Zambia’s Caravan aircraft. Starting this month, she’s already clocked at least 15 hours alongside the captain of the aircraft on domestic routes to Kasama, Lower Zambezi, and Luangwa.

Initially, Mumba wanted to be part of the cabin crew, but then she thought to herself, “why not be the person who flies the aircraft?”

“I am extremely humbled they gave me a chance to live my dream and this shows they have confidence in me to have given me the opportunity,” Mumba says of her airline, a vanguard for nurturing young talent.

She aspires to captain bigger jets in the future.

“I hope the Zambian people will be inspired by my story to also reach for their dreams and goals because I think the sky is not the limit”.