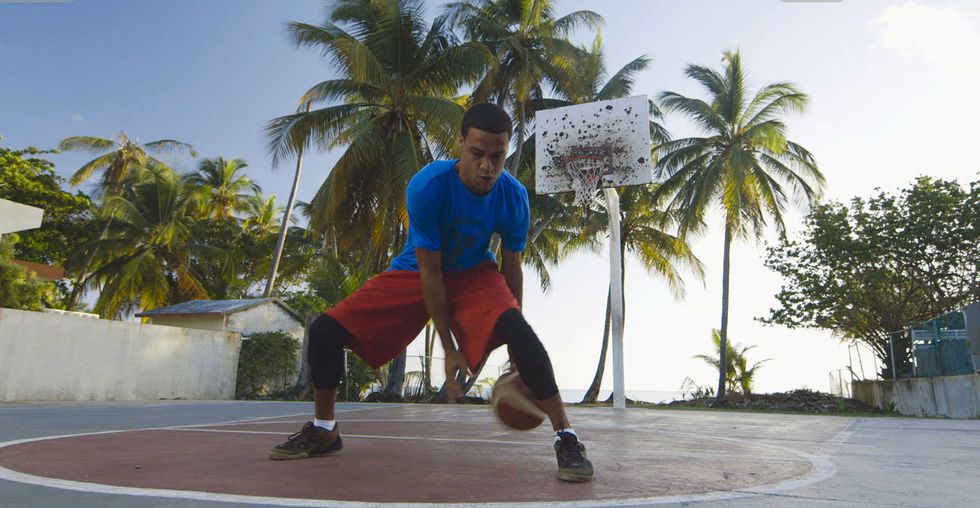 The festival in its 18th year is the largest to date.

AFI Silver is in the midst of hosting the 18th DC Caribbean FilmFest in celebration of Caribbean Heritage Month.

The largest festival to date has been screening 21 films from over 12 countries and runs until June 13.

Check out the films you can still catch at the festival, with the synopses courtesy of AFI, below. For tickets and more information, click here.

Angélica is an aspiring fashion designer in New York City, and the only daughter of parents in a mixed-race marriage. When her father, Wilfredo, suffers a stroke, she returns to Puerto Rico. But instead of being welcomed with open arms by her white mother, Angeles, she is met with hostility. Wilfredo's death will force Angélica to reckon with her identity and to re-evaluate her relationship with her mother, her family and her current boyfriend.

This unique documentary takes a deep dive into the life of Filiberto Ojeda Ríos, a professional musician who abandoned his trumpet and his family to live the clandestine life of an armed revolutionary in the fight for Puerto Rican independence. Along the way, Ojeda Ríos became a mythical figure, driven underground. Filiberto draws upon personal interviews, as well as electronic wire-taps and photographic surveillance to explore how the FBI's hunt for Ojeda Ríos ended in his controversial, bloody death.

Green Days By The River

This acclaimed adaptation of Michael Anthony's 1967 novel, set in 1952 in a remote coastal village in Trinidad, explores the lasting impact of young love and loss. Shell is a young man blindly pursuing the affection of two girls. Despite his feeble father's advice, he follows a kindhearted Indian planter to work on his plantation along the river, in hopes of wooing the man's daughter, Rosalie. When he falls for Joan, a sweet, sensible girl from the city, a love triangle ensues. Shell learns bittersweet lessons of life and love that will define his manhood and alter his future forever.

Liberty In A Soup

Food is nourishment, food is pleasure, food is comfort—and food is also history,culture and memory. This delectable documentary from Miami artist and filmmaker Dudley Alexis explores the depths of significance to be digested in joumou, a traditional pumpkin-based soup consumed in Alexis' native Haiti every Haitian Independence Day, which also happens to be New Year's Day. The ritual preparation of joumou is an emblem of freedom for Haitians, redolent of Revolutionary ideals, emancipation and victory. Join Alexis on this personal journey as he returns to Haiti to investigates joumou, its meanings—and its culinary delights.

Searching for her roots, Asha returns to her family's home on a rural coconut plantation in Trinidad. Despite racial taboos, her aunt's admonitions, political turmoil and mysterious hauntings from ancestral spirits, Asha embarks on a forbidden relationship with Roger, a young fisherman who shares her desire to look beyond the physical world. With strong performances and a sense of wonder that blurs the lines between real and fantastic, superstition and truth, living and dead, Vashti Anderson's directorial debut is a love story to the rich culture of a changing Trinidad.

Nuyorican Básquet tells the dramatic story of Puerto Rico's 1979 National Basketball Team, whose players were mainly born or raised in New York. After battling their way to the finals of the XIII Pan American Games, the players faced the U.S. team in a historic matchup. Twelve athletes, almost all of whom had honed their skills playing one-on-one games of Nuyorican street ball on the basketball courts of New York, transformed into the hope of the Puerto Rican people at the height of the Cold War. Featuring Raymond Dalmau, Georgie Torres, Charlie Bermúdez and Néstor Cora, among others, this multifaceted documentary shows the influence of the Nuyoricans on Puerto Rican basketball, interweaving the history of the sport, the diaspora and the complex roads of Puerto Rican identity to invite reflection on what it means to be Puerto Rican today.