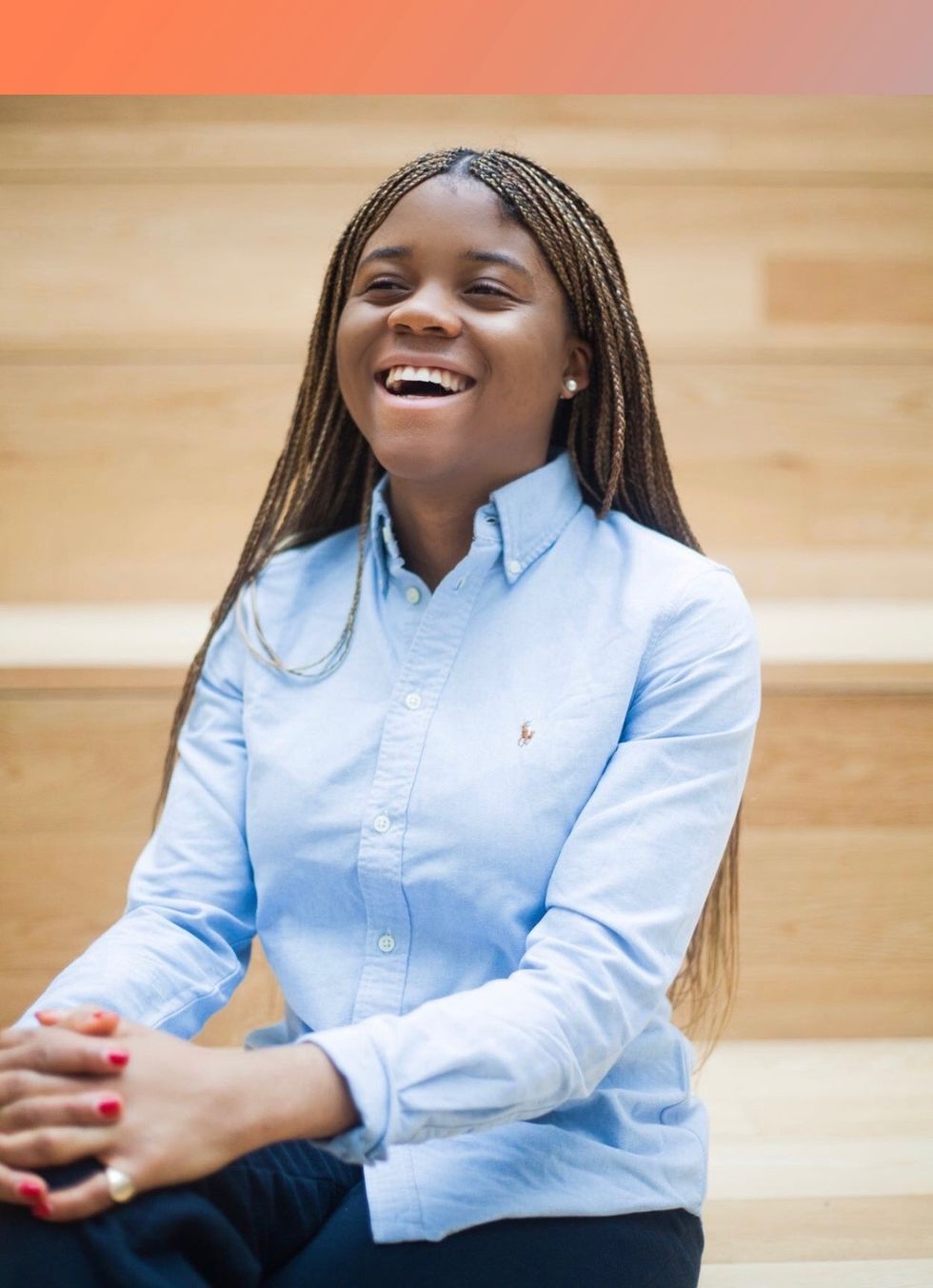 With her bottled palm wine company "Pamii" Daniella Ekwueme is improving on tradition and filling a void in the Nigerian spirits market.

In 2016, Daniella Ekwueme, the founder of the Nigerian palm wine company Pamii, had a casual thought when looking out at her mother's land in Abuja. "She just had this farmland and she wasn't doing anything with it," she recalls. "So I was like 'Oh, have you ever thought of planting palm trees and getting palm oil or palm wine and boxing it up?"

While her mother's answer was no, the thought took hold in her young, entrepreneurial mind. She'd had palm wine—an alcoholic drink made from the sap of various species of palm trees and endeared to many Nigerians—at weddings and gatherings in the past, but it never quite "hit the spot" so to speak. "I realized that every time I've had palm wine in Lagos or Abuja, it's always off or sour. Because palm wine ferments, so the longer you leave it, it gets bitter and [undrinkable]. So anytime I've had it at weddings it just doesn't taste right to me."

This presented an opportunity for the young student who was just 18-years-old at the time and moving between Lagos, London and Abuja: she could improve upon an age-old product, still very much in demand, by revamping the production process and packaging it. After extensive research and visits to local palm wine farms in Abuja, Ekwueme decided she was ready to experiment. Along with a small team, she bottled her first batches of palm wine in December 2017, calling the product Pamii—a naturally-brewed, premium palm wine. Ekwueme's product is different—it fills a void in the Nigerian spirits market because it's actually Nigerian-made. She reminds me that while her company isn't the first to try bottling the beverage, others fell short due to "poor execution, poor branding," and failure to "cultivate a brand and lifestyle around it."

I had never tried palm wine myself before my uncle served my mom and I a chilled bottle of Pamii during my recent trip to Lagos. "Back then it was considered the drink of choice for the big men in town," he told me of the slightly sweet, but mostly tangy cream-colored beverage. Likening it to a typical image of old men opening a bottle of aged scotch and gathering around to share war stories. It was traditionally served and preserved in a large "calabash," a jug made from the fruit of a gourd plant, and bowls made of the same material. "You can just drink it and go to sleep," he added, clearly speaking from personal experience.

In reality, palm wine is less of a hardy liquor and more like a wine cooler, with an average of only 4% alcohol content by volume (it becomes more alcoholic the longer it ferments) the drink, especially when served chilled, is a light refresher in thick Lagos heat. It's considered casual and inexpensive.

"In the next two to three years, I think Nigeria women will definitely take over for sure."

Part of what makes Pamii apart is it's "premium" brand identity and the drinking experience that it promotes, which is a far cry from the old-timey one my uncle described. Instead, Ekwueme wanted to make it more accessible for people in her age group. "Because I'm young, I [thought] let's get young people drinking palm wine and package it as premium wine," she says. "So you're actually telling people this is a drink, it's really nice. And you can take it to the beach and you can mix it with other things."

Most importantly though, it tastes good. After tasting Pamii at my uncle's home in Lagos, my mom and I became curious to try it at the various restaurants we visited. After trying it at the first restaurant, my mom remarked: "No. I like the one we had at your uncle's house much better." I agreed and we resorted to drinking from the stash of Pamii stored in my uncle's "special fridge" for the remainder of our trip. I brought two bottles back with me to the U.S.

Trying Pamii at my uncle's house. Photo by Damola Durosomo

As someone with a unique vision and a quality product to offer, 21-year-old Ekwunema—who is preparing to graduate with a degree in Development Economics from London's SOAS University—represents a very specific kind of Nigeiran "do it yourself" mentality. She's also an image for what the future of Nigerian entrepreneurship could and should look like: young, forward-thinking, willing to preserve tradition while also improving upon it, and emphatically culture-driven. "I've always had an interest in everything African. I'm an African optimist," she explains, adding that she's proud of Pamii's status as a "for Nigerians, by Nigerians" product. "There's this culture brewing," she says. "[It's about] appreciating things from home and reclaiming them and doing them better. Because there's no reason, honestly and truly, why there's Guinness beer and no Nigerian homemade beer. There's just no reason why."

While her business model is young and progressive, Ekwunema asserts that she's really just following in the tradition of women-led entrepreneurship that has always existed in Nigeria—even though women haven't always received the recognition they deserve."Young women and old women from everywhere in Nigeria, drive the entrepreneurial spirit of the country," she states firmly. She's had several examples of this kind of leadership in her own life from her mother, to a friend who owns a wig business, another who runs a honey business and the scores of Nigerian women who fill markets and sell everyday items by the roadside. "If you look on the road, they're frying puff puff at 4:00 in the morning, they're making soup, they're selling corn—I heard of a woman who built a house in her village out of her corn proceeds," she adds.

Drawing inspiration from these highly-capable women is why she won't let things like the "mansplaining" she faces from men, who assume she's too young or too inexperienced to actually know what she's doing, phase her. "Having a strong mom, I've never felt like I could do less. There's no way someone would tell you no and you listen to the no when you know it's a yes," she says quoting words of wisdom from her mother.

Once she graduates, she plans to head back to Lagos to work and continue running Pamii. She expressed slight nervousness, but full-blown excitement about plans to expand and start bottling other popular Nigerian beverages. Though she won't tell me which one, only stating that it will likely be an accompaniment to Pamii.

Pamii is already being delivered across the country to loyal customers like my uncle, and being sold in select stores. But there's still so much the young business-owner wants to do, including possibly exporting to the U.K. and the U.S. in the future.

As a young, first-time business owner in Lagos, Ekwueme knows she faces potential challenges, and while she expressed that there may be a "learning curve" ahead, it hasn't stopped her from getting this far—or from wanting to go even further. "I definitely think we've barely reached the surface, like I've barely scratched it, and I'm very excited. In the next two to three years, I think Nigeria women will definitely take over for sure."