37th State Documentary: The Lady In the Water, An Exploration of "Mami Wata" 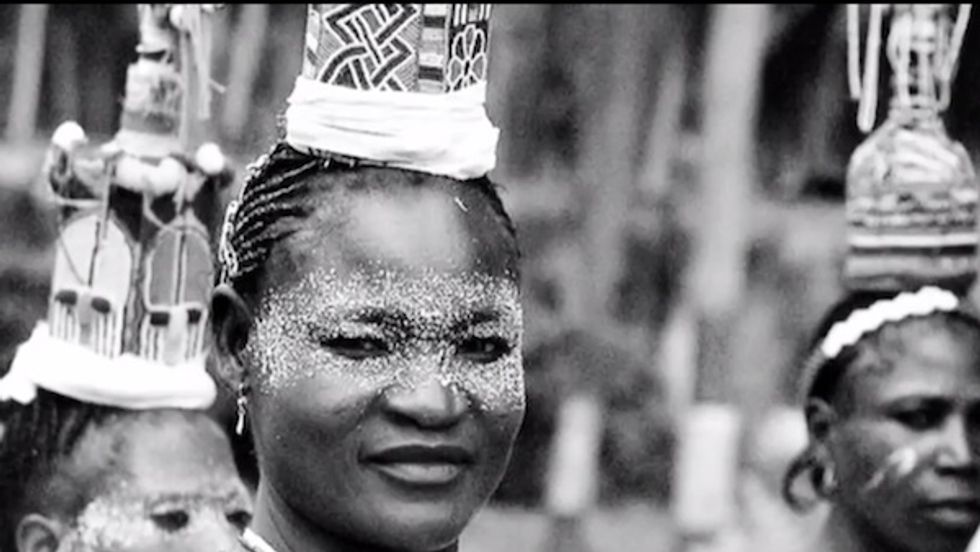 Lady In the Water is a short Nigerian documentary that explores black mythology of the mermaid "Mami Wata."

In the short but comprehensive African documentary "Lady In The Water," Tolu Itegboje and Bolaji Kekere-Ekun of 37th State explore the myth of "Mami Wata" as a materiality in the lives of different Lagosians. 37th State is a media production company based in Lagos that we're recognizing for promoting and producing smart, creative and accessible art (Also their tumblr is amazing!). The free documentary (above) starts with a middle-aged man recalling his experience meeting "Mami Wata", as he expresses the joy that she granted him, and just as easily took away.

For a quick history lesson, "Mami Wata" literally means "mermaid" and it refers to a mythology present throughout the black diaspora of a female spirit that resides in the water (but her meanings, positive and negative, vary throughout the diaspora). In most mythology  "Mami Wata" has long black hair, and is breathtakingly beautiful. In "Lady In the Water" Itegboje illuminates how different believers in "Mami Wata" articulate her meanings. Some emphasize her ability to heal and cure, while others simply don't believe in her existence.

The film is certainly interesting as it documents a seeming contradiction- many believers of "Mami Wata" just as well believe in monotheistic religions. Some might laugh, but the film makes it clear that the subject matter is not a joke. The film also sheds light on "Mami Wata's" typically female following as many women believe that she is a protector of women and the notion of motherhood. Delving into the origin of the myth, and how many embody their dedication to "Mami Wata" in their daily lives, the film is quite successful at exploring notions of black diasporic mythology. One of the interviewees comments that just as Greece emphasizes and honors the history of Greek mythology, perhaps Nigerians, and other cultures that recognize the Mami Wata should do the same so as to accentuate that these cultural facets are valuable. Maybe not necessarily practical or scientifically possible, but nonetheless rich components of cultural identities.

Oh, and another reason to watch "Lady In the Water"? It serves as a precursor to 37th State's production of "Nkiru". "Nkiru" is a short Nigerian film that further explores the notion of "Mami Wata" and tells the story of a group of friends that go to the beach and disappear under mysterious circumstances. Check out the trailer for "Nkiru" below, and tune in to the premiere hosted tomorrow December 6th exclusively on www.bellanaija.com andwww.37thstateonline.com.