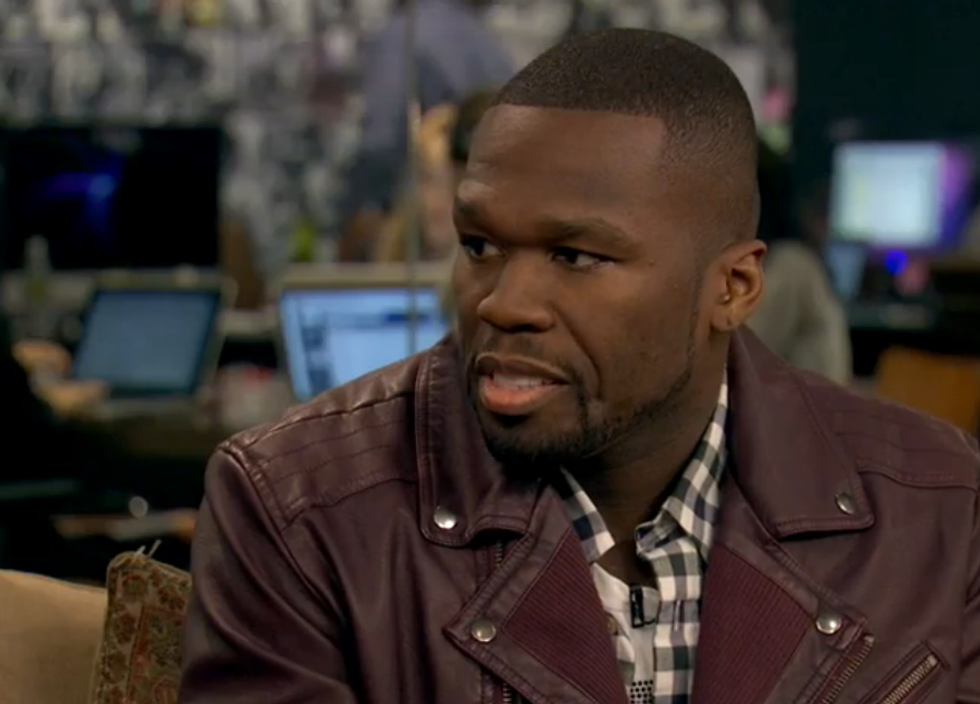 HuffPost Live's Marc Lamont Hill spoke with 50 Cent about his Street King energy drink initiative and the rap music industry. Basically, the first 10 minutes of this 30 minute interview are what we find most interesting, or rather, amusing. For those unfamiliar, Fitty's Street King project teams up with the UN World Food Program to feed a billion kids in Africa by providing a meal to a hungry child for every drink purchased. Fitty tells Hill that the project spurred from his travels in Africa as well as the Occupy movement, in which people got angry that "corporations weren't conscious of the everyday person." To avoid "digging into his own pocket," Fitty started the SK brand as part of what he (and we're sure his colleagues at Product (RED) and TOMS Shoes) calls "conscious capitalism." If ya can't beat em, join em - despite the painful irony of a capital-based charity model. Concious capitalism isn't the only side-eye aspect of this interview, because surprisingly, Africans are missing from the whole conversation. In fact, at a certain point you get the sense that Fitty is confusing African hunger (whatever that is) with poverty in America. We can't say what's wrong or right in this situation - just seems like a morality link is missing somewhere. Judge for yourself above and view the whole article here.