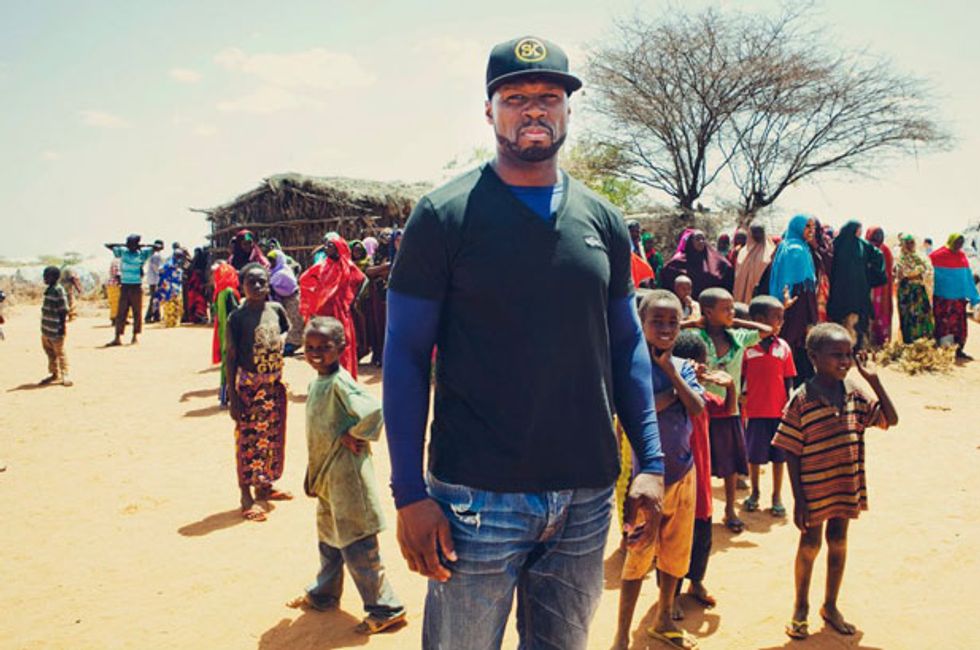 In a break from the 50 Cent 2012﻿ tour, he flew to a famine refugee camp in Dolo to "see firsthand the effects of hunger in Somalia and Kenya.

In a break from the 50 Cent 2012 tour, he flew to a famine refugee camp in Dolo to "see firsthand the effects of hunger in Somalia and Kenya." This is all part of a new partnership the World Food Program and his semi-charitable Street King initiative — which promises to feed a billion kids in Africa.

Mixed feelings about this one. We're not fans of the fact 50's profiting by selling a drink that only gives part of its revenue towards charity or that he raps about commiting murder in official Street King songs. But, at the same time,  he is using his immense fame to bring the issue of world hunger to light — for example, basicallyeverymajor U.S. publication printed this story.

So, you know, you can't full-on hate on the 50 Cent 2012 trip to help a philanthropic (if sideways) campaign to fight hunger in Africa, as long as it delivers on its promise. To end:

The U.N. last week declared an end to Somalia's six-month famine, though it said tens of thousands of people still need food aid to survive. The British government estimates that between 50,000 and 100,000 people died from the famine's effects. (Billboard)