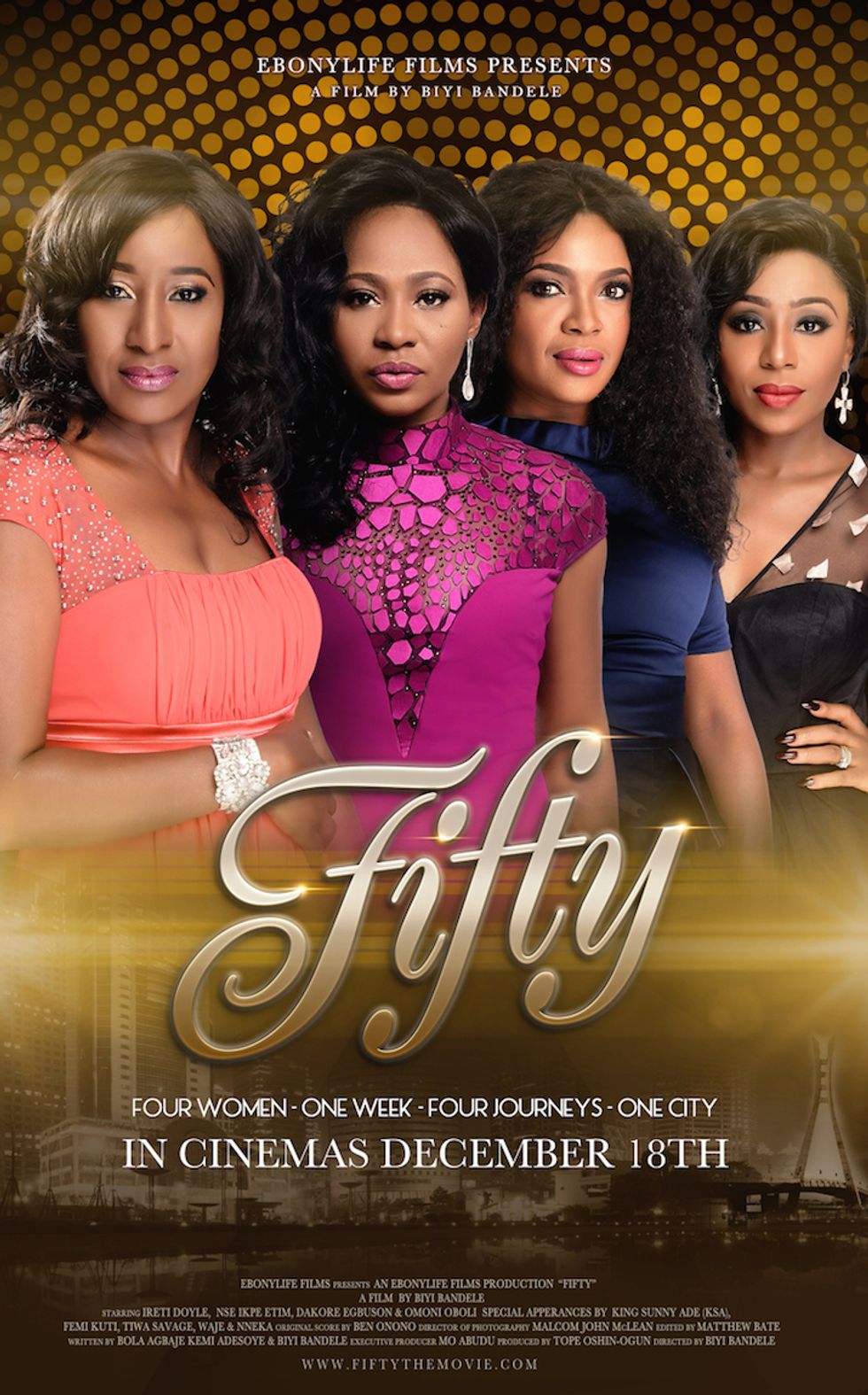 While it’s too early to say whether their launch across the continent will mean a push towards African content on Netflix, one recent title addition suggests a promising development for the streaming service.

In Fifty, we’re introduced to a circle of powerful middle-aged Nigerian women. Half of a Yellow Sun director Biyi Bandele takes us through a series of twists and turns in the lead-up to a high-profile 50th birthday celebration in Lagos.

There’s Tola (Dakore Akande), a reality TV star haunted by a tragic family secret. Famed obstetrician Elizabeth’s (Ireti Doyle) thing for younger men has left her with a strained relationship with her daughter. Maria (Omoni Oboli) discovers she’s pregnant at the age of 49. Kate (Nse Ikpe-Etim) develops an obsessive relationship with the church in the face of a breast cancer diagnosis.

Executive produced by EbonyLife TV CEO Mo Abudu, the movie had its world premiere December in Lagos. It was also the only Nigerian film to screen at the 2015 BFI London Film Festival.