7 Traditional African Sports that Should Be in the Olympics 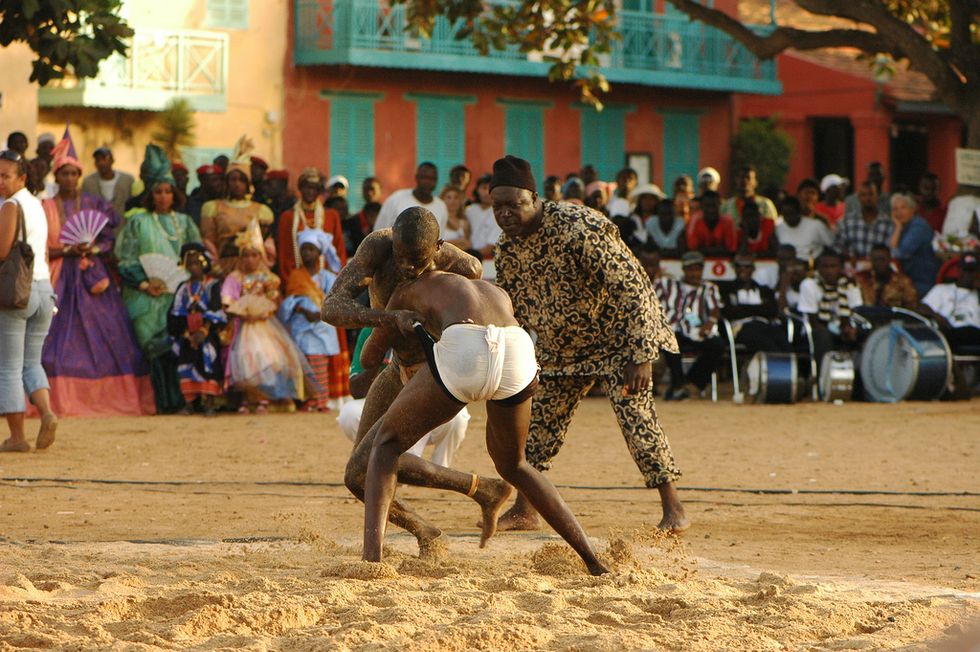 What if these traditional sports were part of #Rio2016?

The Olympic Games may go back 3,000 years to Ancient Greece, but the international sporting event that takes place every four years didn’t take on its modern form until 1896. And while the games claim to represent global sporting culture, as suggested by the Olympics’ logo, many of the sports seem to have uniquely European aristocratic origins. Dressage anyone?

This got us thinking. What would the Olympics in Rio look like if traditional African sports were included?

Here are seven traditional African sports that we think would be welcomed additions to the summer games:

1. Ngolo and Capoeira: Capoeira is a popular Afro-Brazilian sport that combines elements of dance, martial arts and music. Its origins in 16th century Brazil come from slave adaptations of traditional West African martial arts, thought to be from Angola, sometimes referred to as "ngolo" or "engolo." The two traditions share many of the same moves, rhythms and sounds. Characterized by powerful kicks disguised as graceful dance movements, Capoeira is believed to have emerged in response to Portuguese slave masters’ rules forbidding African customs, especially martial arts.

2. Senegalese Wrestling: Called "laamb," this sport dates back a century and began as recreation for fisherman and farmers. Today, top-tier fighters can command $100,000 per match, and it rivals football (soccer) in popularity.

3. Donkey Racing: Popular on Kenya’s car-less island Lamu, this annual race attracts thousands who want to see jockeys race well-trained donkeys without saddles. This sport requires an insane amount of skill and has been around for centuries.

4. Dambe boxing: It’s an ancient form of boxing with ties to the Hausa people of northern Nigeria who traveled to different villages at harvest time and challenged those of the butcher class to a brawl, providing festival entertainment. This sport might be too extreme for the Olympics as the dominant arm of the fighters is wrapped with rope—it used to be dipped in resin and shards of glass before the practice was banned. The contestant’s goal is to strike his opponent with punches and kicks until he drops to the floor, known as “killing,” over the course of three rounds. Doesn’t it sound like the MMA?

5. Nguni “Stick Fighting:” This martial art has been among the pastimes of teenage Nguni herders of South Africa for a long time. It’s a stick battle that can last up to five hours where the opponents take turns at playing offense and defense, scoring points based on which body part is struck. It can be a bloody sport, some competitors have died, but devotees wave off criticism, saying it encourages cultural expression and requires skill, discipline and a fit physique. Despite being banned in parts of South Africa, it’s still played in some townships to this today.

6. Savika: In Spain they run the bulls, but among the Betsileo community in Madagascar irrate bulls are ridden instead. Think of it like a rodeo show—after a Brahman cow is penned in its cage and is released, players attempt to mount it, holding on for as long as possible. There are no medals handed out at the end of this game, just mad props from the hood.

7. Ta kurt om el mahag: Before there was baseball, which was dropped from the Olympics ahead of the 2012 games in London, there was this sport that bears a striking resemblance to its European counterpart played among Berber tribesmen in the Libyan desert. It’s believed the Berbers brought the game to Europe during the Stone Age.