7 Underrated African Heroes You Should Know About 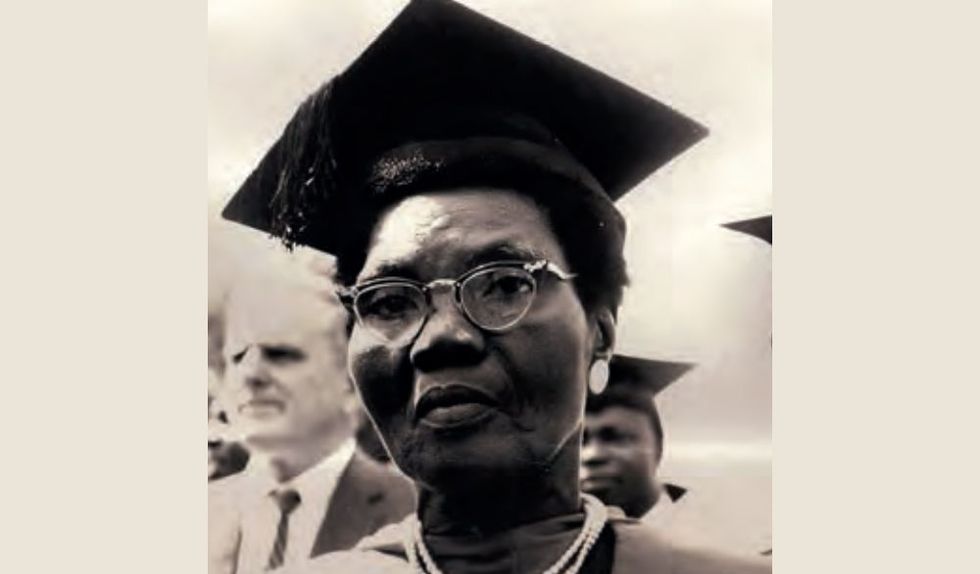 Here are some names that are often overlooked but where instrumental in the fight for the liberation of the African continent.

When thinking about Liberation movements or activists that have made a significant contribution in shaping African history, we often think (and rightly so) of names like Nelson Mandela,Kwame Nkrumah, Patrice Lumumba. Frequently, we overlook people that have greatly shaped the future and way of thinking of their country.

Chief among people that are forgotten are women. Women have played key roles organizing decolonization struggles throughout Africa but rarely get the same amount of praise as male leaders.

Below you will find a list of 7 Underrated African Heroes that are not always talked about but have left their mark in history.

Muthemba was a key figure in the Mozambican struggle for independence. Born in a well-known nationalist family, she joined the struggle young, at first becoming active in clandestine student groups, before joining the Mozambique Liberation Front (FRELIMO) in 1960. She was the driving force behind the Women's Detachment—a group of women that picked up arms to fight for their country's liberation. In 1969, at the age of 24, she married Samora Machel, the man who would become the first president of Mozambique.

Sekou Touré was the first president of Guinea. He is revered across French West Africa for being the first president to have dared to say 'No 'to France. In 1958 , French President Charles de Gaulles, under pressure to grant independence to French colonies, organized a constitutional referendum. African colonies, had the choice to approve the consitution and be granted gradual independence or become independent right away. Guinea is the only country that rejected the consitution and demanded its independence. In a famous speech, Touré said: “It is better to be poor and free, than to live in opulence and be a slave."

Yaa Asantewaa is often dubbed as the African Joan of Arc. She was a politician, war strategist, and political activist. In 1900, at a time when spirits where low, she led a rebellion against the British to defend the Golden Stool—the symbol of the Ashanti nation. The rebellion was eventually quelled by British forces who forced her into exile in the Seychelles, but she remained a symbol of courage and strength in the face of oppression.

Issacs was one of the heroes of the anti-apartheid struggle. In 1964, he was found guilty of sabotage by the apartheid regime and was sentenced to 12-years in prison on Robbin Island. His sentence was increased a couple years late, when he was found operating a pirated radio— which helped keep prisoners informed of current events. While on Robben Island, Isaac was known for organizing sporting activities to keep the prisoners moral up. He was in fact one of the founders of the Makana Football Association.

Es'kia Mphahelele is a South African Writer and activist. He is best known for his memoir "Down Second Avenue" which tells of his childhood and early manhood during apartheid. He began his career teaching high school English and Afrikaans, but his career was shortened when he started protesting the Bantu Education Act. He left South Africa soon after and began teaching in Universities abroad. In 1977, he came back to South Africa and taught at Witwatersrand University, where he made history as the first black professor. While at Wits he taught African Literature and spearheaded a department devoted to it.

Kuti was one of the key figures in the fight against British colonialism in Nigeria. She was the founder of the Abeokuta Women's Union — which was instrument in protesting colonial taxation. As an activist Kuti fought tirelessly for women's right to political representation and to empower the most marginal segments of society.

Mariama Ba is Senegalese writer and political activist. In her writing, she denounced the status of women in Senegalese society, violence against women, lack of opportunities for women and polygamy. She became a staunch advocate for changing laws and traditions that subjugate women.