8 African Restaurants You Need to Visit in São Paulo 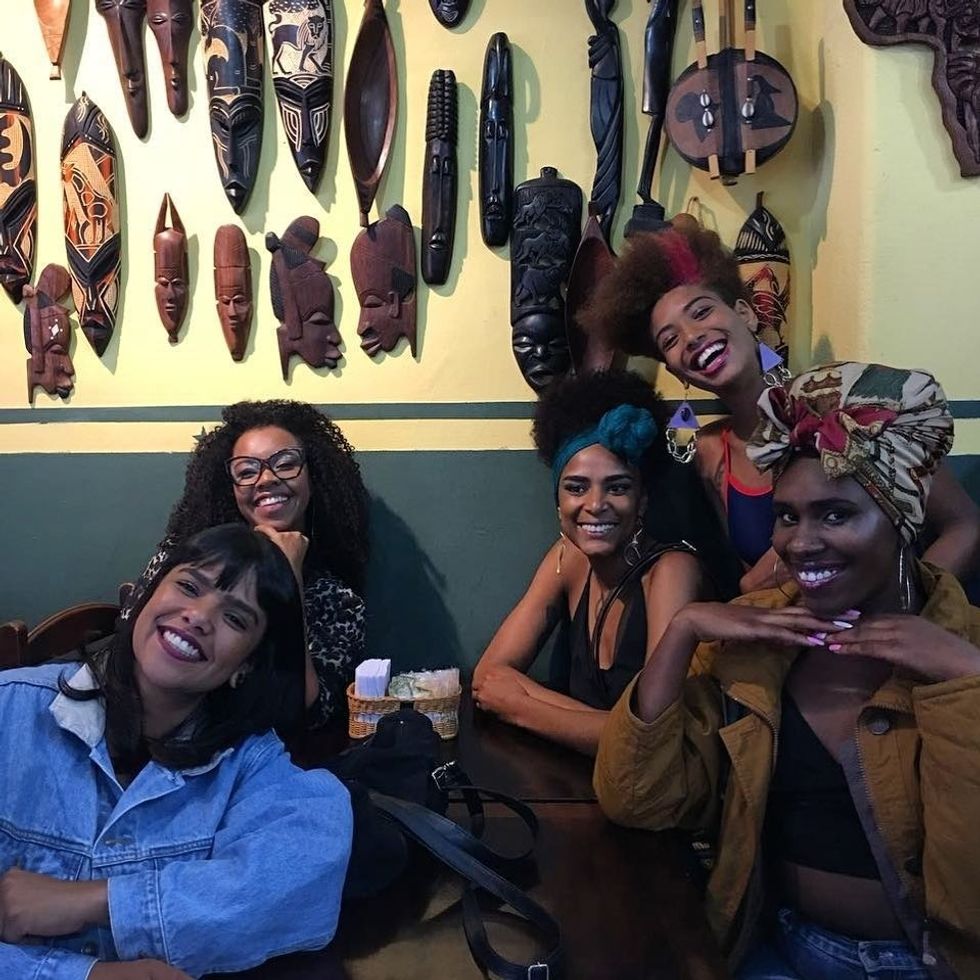 Here are some of the best restaurants in Brazil's most "African city."

São Paulo is the African capital of Brazil. This title used to be reserved for Salvador, Bahia Brazil's blackest and most culturally African city. But in 2008, thousands of Africans began to move to São Paulo in search of economic prosperity. Europe was in the middle of an economic recession and Brazil's open doors and booming economy proved to be too much of a temptation. Those immigrants brought with them their families, language and of course food.

Most of São Paulo's new African immigrants are from Nigeria, Senegal, and Congo. Their presence is most visible in the neighborhood of República in the center of São Paulo. In the late 00's and early 2010's West African casual restaurants began to pop up in this neighborhood. Their prices reflected their clientele: immigrants looking for a cheap home-cooked meal. As Brazilians began to discover this authentic African food, some of these restaurants became media darlings and their prices increased along with their popularity. But Africans (and non-Africans on a budget) aren't complaining. There is always a new restaurant offering cheap, tasty and filling African dishes. Thieb (a tomato-based stew served over rice), mafé (peanut stew served over rice) and n'dolé (nuts, Ironweeds, and meat) are the most popular dishes.

With its strong flavors and spiciness, West African food is not a big leap from Bahian food in the northeast of Brazil. And these days it's easier to find authentic West African in São Paulo than it is authentic Bahian food. So it is no surprise that African restaurants in São Paulo are becoming a destination for both black and white Brazilians. Most of the restaurants below call themselves African restaurants, but their best dishes always come from the homeland of the chef, whether it be Senegal, Cameroon or Nigeria.

Since opening in 2011, Biyou'Z has captured the tongues of Brazilians. The restaurant is helmed by a Cameroonian chef Melanito Biyouha and it offers every popular West African dish—Ndolé (its specialty), Thieb, Mafé, Yassa. When it opened in 2008, it originally served the local African community and served just four dishes. But after Cameroonian soccer fans discovered it during the 2014 World Cup, it gained wider popularity. Since then, Biyouha and her restaurant have been featured in every major Brazilian and international newspaper. The publicity has been a boom for all African restaurants in São Paulo. Although though the prices are far from being popular, the decor and food make up for it and it's sure to impress a man or woman on a date.

Does African vegan food exist? It does in São Paulo. Pitchou Luambo, a native of the Democratic Republic of Congo, settled in the city in 2010 when he fled the conflict in his home country. He started a new life in São Paulo as an actor, cultural producer, and French language teacher. After years of cooking his favorite Congolese dishes for his friends, he finally decided to open a small food stand serving vegan Congolese specialties. The most popular dishes are Ngombe, a gnocchi made of plantains and served with a Shimeji sauce, fufu, and Simba, a Congolese rice pilaf. Since opening in 2016 Congolinária has moved to a new physical space in Vila Madalena, one of São Paulo's trendiest neighborhoods.

Mama África hasn't received as much traditional media attention as Biyou'Z, but it's a hit on social media and among local Brazilians. This is one of the few African restaurants that is not the center of São Paulo, and that has allowed the restaurant to develop a neighborhood clientele. Owner Chef Sam is Cameroonian and maintains very active Youtube and Instagram channels. Obviously the best dishes are the Cameroonian best dishes - Ndolé, Mafé, fufu and fried plantains. Some of Brazil's most famous black people have eaten at the restaurant—Nego do Borel, Preta Rara, Gabby Amarantos. And Chef Sam always posts their photos. He also makes everyone feel so at home that reviewers always vow to return. This is the only African restaurant that has iFood delivery.

Angolan Kalengue Muena specializes in coffee from Africa that he brews and sells from a cart in the center of Rio de Janeiro. He prepares specialty coffee beans from his country, in a hot or cold version. The drink made with Mucua, the fruit of the baobab, which can be served as liquor or without alcohol.

La Lingueré is a Senegalese restaurant that specializes only in Senegalese food (Yes!). So there is every type of Thieb on the menu. Every plate on the menu is just 10 Reais ($2.70) and the servings are huge. That's a good enough reason to frequent this new African restaurant in the center of São Paulo.

Restaurante do Pastor is run by a Nigerian man named Pastor. It's so new that there are no reviews, nor any mention of it on the Internet. But it exists as evidenced by the video below! Bitterleaf soup, Fufu and Red Sauce stew are on the menu. And for 15 reais ($4) a plate you can go home with leftovers. They even offer a free bottle of water for your meal.

This article is focused on African food, but there's some room for our brothers and sisters in the African Diaspora. Haitians moved to Brazil in mass after the 2010 earthquake. Bonjour Brasil is the only Haitian food restaurant in São Paulo. It was opened in 2016 by 36-year-old Jean René Veillard and it offers a daily all-you-can-eat buffet with Haitian food. One of the restaurant's specialties is dried meat with plantains, rice and salad. The restaurant is open for lunch and closes at 6pm.