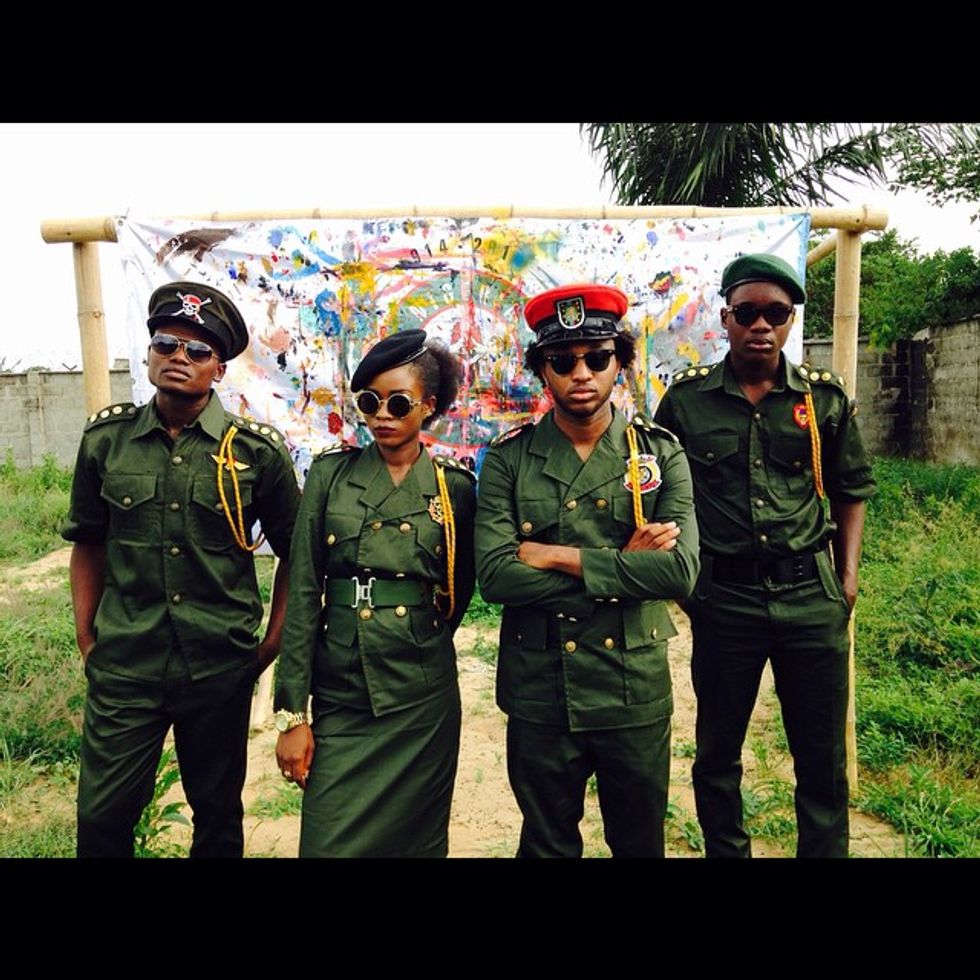 The Wedding Party,’ ‘93 days,’ ‘The Arbitration,’ ‘Okafor’s Law,’ ‘76,’ ‘Green White Green,’ ‘Just Not Married’ and ‘Taxi Driver’ have been handpicked to premiere at TIFF this year.

There will be a touch of Nollywood glamour this year at the 41st Toronto International Film Festival.

As part of its Lagos-themed “City to City” spotlight, TIFF will be spotlighting eight new films reflecting the new wave of cinema coming out of Nigeria’s cultural capital. Audiences will have the opportunity to see premieres of films The Wedding Party, 93 days, The Arbitration, Okafor’s Law, 76, Green White Green, Just Not Married and Taxi Driver.

Inspired by his first visit to Lagos, festival artistic director and curator Cameron Bailey made the Lagos “City to City” selection announcement in April. We're wondering what's taken so long for this $3.3 billion film industry to finally receive silver screen recognition in the international city?

“Vital, complex and inspiring, Lagos is entirely unique. The city of Fela Kuti’s music has also given birth to one of the world’s most vibrant film industries,” Bailey says. “Bigger budgets, greater artistic ambition – the new cinema of Lagos is bold, exciting, and ready to take its place on the international stage. We’re excited to share the creativity of this remarkable city’s filmmakers with TIFF audiences in September.”

Let’s have a look at this year’s cinematic catalog:

Award-winning director Kemi Adetiba’s romcom, featuring some of Africa’s biggest names Richard Mofe-Damijo, Sola Sobowale, Alibaba, Iretiola Doyle, Banky W, and Adesua Etomi, has been selected to open TIFF’s first night, which is quite a prestigious honor. This is the second time an EbonyLife movie has been screened at an International Film Festival. It’s part of a collab between leading African film houses: EbonyLife Films, FilmOne Distribution, Inkblot Productions and Koga Studios.

Written by playwright Tosin Otudeko and Kemi Adetiba, the Elfike Film Collective production tells the story of a 24-year-old art gallery owner and only daughter of her parents who is about to marry the love of her life, IT entrepreneur Dozie (Banky W). Audiences will get a glimpse into what the first night of marriage is like for a couple that has committed to a vow of chastity.

This is Steve Gukas’ thriller based on the true stories of the fearless healthcare workers in Lagos who waged battle against the Ebola outbreak of 2014. Bimbo Akintola, Danny Glover and TIFF up-and-coming actress Somkele Iyamah-Idhalama star.

Omoni Oboli, the same director who brought us hit Wives on Strike, casts Blossom Chukwujekwu, Ufuoma McDermott, Toyin Aimakhu, Richard Mofe Damijo, Ken Erics, Gabriel Afolayan, Halima Abubakar, Mary Lazarus, Yvonne Jegede, Betty Irabor, Uche Nnaji for this bawdy comedy that brings to life the story of a fuccboi who bets his friends he can get rekindle romances with three exes in six weeks. Mtchew, what goes around comes around…

Thwarted 1976 military coup against the government of General Murtala Mohammed sets the backdrop of this riveting drama, featuring headliners Ramsey Nouah, Rita Dominic, and Chidi Mokeme of the Nollywood scene.

This Abba T. Makama-helmed coming-of-age satire wonders out loud what does means to be a modern Nigerian? When Okayafrica caught up with Makema, he described the film as “ beautiful mosaic of madness.” Ifeanyi Dike, Jamal Ibrahim, Samuel Robinson, Crystabel Goddy, Okey Uzeoshi, Bimbo Manuel, Eric Didie, Donatus Ekwuazi, Donald Jonah, Meg Otanwa, Abubakar Yakubu, Dabis Christopher, Omoye Uzamere form the ensemble cast who tell the story of three young and angsty bohemians, each representing Nigeria’s major ethnic groups, searching for meaning in their lives in the months leading up to their departures to their respective universities.

Directed by Uduak-Obong Patrick, this likeable caper-style flick shows what happens when a broke undergrad gets more than he bargained for after starting a fledgling criminal operation. “Just Not Married” stars Judith Audu, Stan Nze, Rotimi Salami, Roland Obutu and Brutus Richard.

And last, but not least…

Daniel Emeke Oriahi guides this film noir production, set amidst the commotion of Lagos, takes viewers for a ride when mechanic-turned-cabbie for the mob becomes entranced by a melancholy prostitute. Catch Femi Jacobs, Ijeoma Grace Agu, Odunlade Adekola and Afeez (Saka) Oyetoro on the big screen.

If you can hop a flight to The 6, be sure to discover or fall in love with Nollywood again at the Toronto International Film Festival running from September 8 through 18.