These 9 Films Prove Caribbean Cinema Is On the Rise 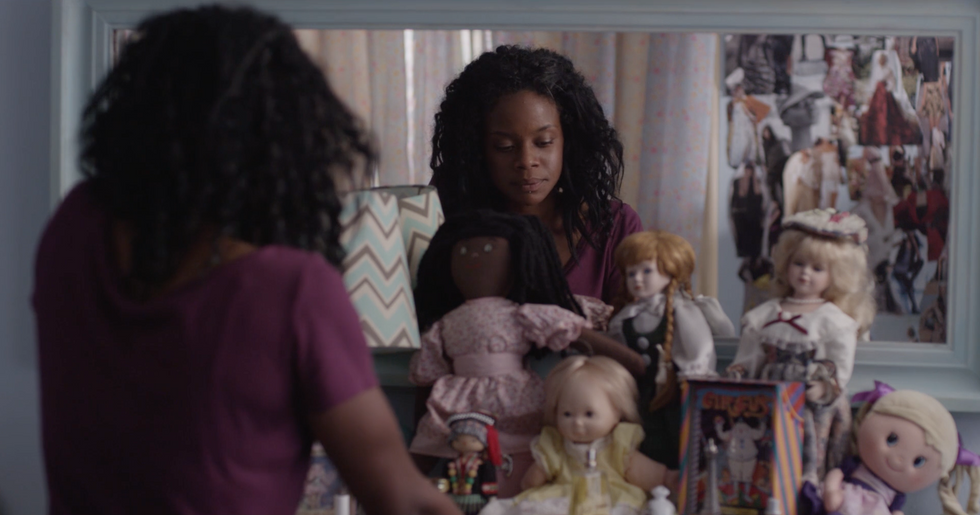 A recap of nine standout films hailing from the Caribbean featured at this year's Pan-African Film Festival.

Islanders made their mark on films from all geographic regions at the 2018 Pan-African Film Festival. This festival's selections captured the evolution of language, spiritual practices, food and art of a people whose descendants were forcefully removed from the African continent. Caribbean tales bridged the waters that lie between the African continent and the Americas. The story of the transatlantic holocaust of enslavement that began in the mid-15th century and brought some Africans to the Caribbean region echoes in the voices of the present-day inhabitants. The region's soca music moved festival goers at the opening night's party as well as in the final night's screening. As usual, you could count on the Caribbean artists to deliver both education and entertainment.

Haiti led the slave revolts that would later topple plantation societies across the region. Perhaps there's another fight against oppression that is now being lead by Haitian filmmakers. Lalo's House is a film inspired by real events as it shares the story of two young sisters who are abducted and brought to an underground child rape network where they will be sold to sex traffickers. The organization poses as a Catholic orphanage and shows the horrific things that can take place in an orphanage. The film provides data including statistics about the estimated 85 orphanages that now function unregulated in Haiti.

According to this movie, the majority of children in these orphanages aren't orphans, but instead are kidnapped children. Subject to sexual abuse within a religious institution that is supposed to protect vulnerable persons, the young girls are preyed upon. "I needed to tell this story. It could be me, it could be my sister, it could be anybody…" says Garcelle Beauvais, executive producer and lead actress. The commodification of children's bodies is combined with a nun's waning conscience, a conscience that completely disappears when a handful of cash is flashed before her face. This presentation earned The Pan-African Film Festival's Programmers' Award for best short film. To counter the stories of suffering in this film are the stories of success by Haitian artists.

Haiti Is A Nation of Artists is all about Haitian exceptionalism. Art thrives and the resourcefulness of the people is easily observed. This film features Guyodo, a sculptor who displays ultimate national pride. "The art is the power of Haiti," says Guyodo. "It is something you don't understand because it is over your head." Some of the world's most beautiful art comes from a people who have had more than their share of disasters, including a major earthquake that hit the island in 2010.

The ties that bind often threaten to break due to forced migration. Jimmy Jean-Louis Goes to Tijuana for Haitian Food captures the daily lives of Haitian immigrants who left Haiti after the catastrophic earthquake of 2010. In their journey to reach the United States, many are stymied in Mexico, unable to cross the border. The changing of the political recognition of their refugee status continues to negatively affect them and they live in uncertainty. Descendants of Haitian immigrants such as Meta Golding have migrated to the United States and thrive in the midst of stigma held by some against people of Haitian background.

Behind the Movement stars Meta Golding as Rosa Parks. A woman of Haitian descent, Golding's performance decants the private life of Parks as she publicly agitates for the fair treatment of black people in 1955 segregated America. She shares the screen with the acting greatness Isaiah Washington, Roger Guenveur Smith and Loretta Devine. Asked what she hopes this story will instill in viewers, the film's writer Katrina O'Gilvie states "[that] it inspires others to take charge and lead their own movements." The Caribbean footprint deepened as the festival progressed.

Jamaican filmmaker Sasha-Gay Lewis portrayed the real lives of people affected by crime fighting through the documentary The Incursion. In May of 2010, the Jamaican military and police descended on Tivoli Gardens in their search for notorious drug boss, Christopher 'Dudus' Coke. Soldiers entered the village in armored cars, with bullets and bombs piercing through the walls of residents. In the canvassing and crossfire, many civilian lives were lost. Relatives of the deceased shared their stories, allowing us to focus on the victims of crime fighting and the innocent who sometimes pay for the guilty. An alternate narrative is told about the experiences of the families who continue to suffer from the loss of loved ones in the raid of their homes. Familial love is an ever present topic in the stories of the Caribbean family.

"Love is all we need," says Stana Roumillac, the leading actress in Torments of Love. This story features Vana and Myriam, sisters who were raised by their father in Le Saintes, Guadeloupe. Their dad could not give them what they most desperately desired because he was physically present, but emotionally absent. In adulthood, Vana and Myriam make a final attempt to connect with their father, but he is still a shell of a man with limited ability to express love. And what happens when a father's love is expressed way too late in life? You get the story of Angelica, an Afro-Puerto Rican woman who survives what Americans call colorism, but I prefer to call the "colortocracy."

In the colortocracy, merit is assigned according to the lightness of your skin complexion. Angelica, whose skin in much darker than that of her mother, resembles her father and is called "la negra." This translates to "the black girl." Her mother looks European, her father looks African, and the family indirectly mourns the dark color of Angelica's skin throughout her whole life. Angelica gets her father to say "I love you" for the first time when he is on his deathbed. By this point, she has allowed an abusive European boyfriend to treat her as his melanin fetish, and she has settled in most other areas of her life. The broad brush with which society often paints intra-ethnic racism leaves many intricate details to be researched at a later time by the viewer. Yet, this tragedy is a variation on the theme of oppression due to superficial characteristics. The takeaway is that kinfolk who aren't skinfolk may ostracize you too! But this Caribbean circumstance is only part of a larger heritage.

If you have any doubts about the connection of the Caribbean to the African continent, they would be easily erased by a musical journey between western Africa and the Caribbean. Bigger Than Africa, a documentary film directed by Toyin Ibrahim Adekeye, features the invention of the steel pan in Takurigo, Trinidad & Tobago. This musical instrument, created in praise of Ogún, the Yoruba orisha of iron, was the only acoustic musical instrument invented in the 20th century. Evolving since the 1880s after a ban on African drumming, the instrument sets the sankofa scene. "Sankofa" is a word from the Twi language which means, go back and get what might otherwise be forgotten. Avery Ammon and Keith Diaz take a steel pan from Trinidad and Tobago back to the Yoruba empire and present it to the heir to the throne. This type of artistic homecoming continues in the fusion of Afrobeat and soca music.

The Caribbean contribution to the 2018 festival was present until the very end with Machel Montano: Journey of a Soca King, a documentary directed by Bart Phillips. Machel Montano is intensely committed to spreading soca across the world and often introducing soca in fusion with other music forms such as Afrobeats. On a prodigious path since the age of 7, he's an artist whose rebellion is a result of his insistence on representing uniquely Caribbean music wherever he goes. His intentions are clear as Montano leads us on a cinematic journey through his personal and professional struggles that result in his spiritual growth. Mas, or a Caribbean carnival, is always the mission. More importantly, Montano says that "the mission is oneness, the mission is unity, and the mission is peace."

The fact is that enslaved Africans were brought on boats from West Africa to North and South America. A Caribbean person's cultural inheritance depends on which boat stop their ancestors were disembarked and sold. This is supported by the commonalities that resurface in this festival's films. In between these continents are islands that serve as dots to connect the past origins with the present diaspora. Whether African, African-American, Afro-Caribbean, or black, parts of your stories were covered. With different nationalities in the Caribbean, this was a good reminder that many came on the same boat, but just got off at a different stop.