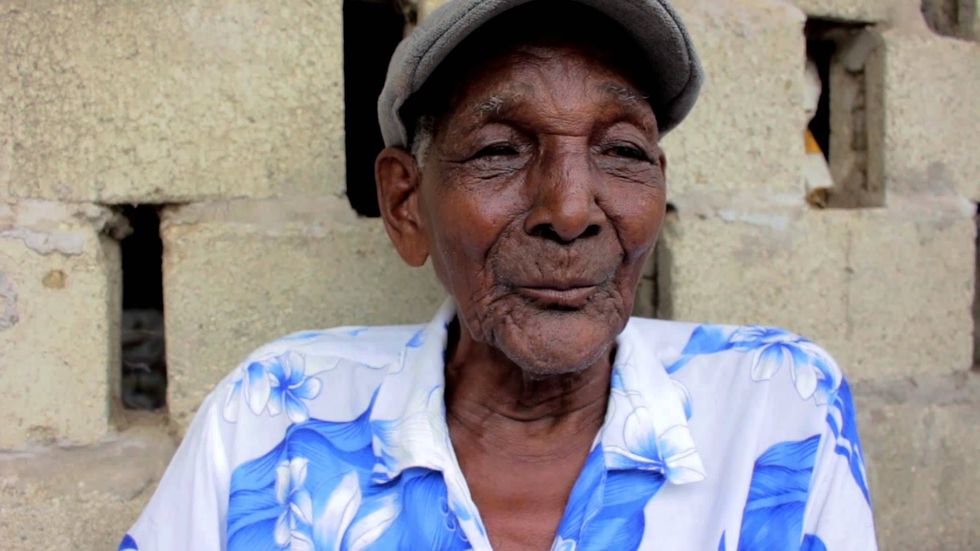 After writing some of Colombia's biggest hits, without recognition, Afro-Colombian musician, Magín Díaz, is releasing his very first album at the age of 95.

If you're into Colombian music, Magín Díaz is a name that you should know, but probably don't. The unheralded Afro-Colombian musician is responsible for some of Colombia's biggest bullerengue hits from the past 80 years, but has gone largely unrecognized.

Many of Díaz's songs were claimed, re-recorded and spread to the masses by popular white musicians. Sound familiar? (see Elvis Presley)

Díaz faced many hardships due to this lack of acknowledgment. He shared his story a few months back in an interview with AJ+.

Despite the challenges he's faced, the musician, now 95, has not given up on the music. He's readying the release of his debut album, Orisha de la Rosa, which will be released this year. A crowdfunding page has been set up in support of the album.

Even in his old age, Díaz remains dedicated to composing, and he's finally gaining some of the credit he deserves.  I'd say "better late than never," but his recognition shouldn't have come this late in the first place.