All 955 South African Miners Have Been Rescued 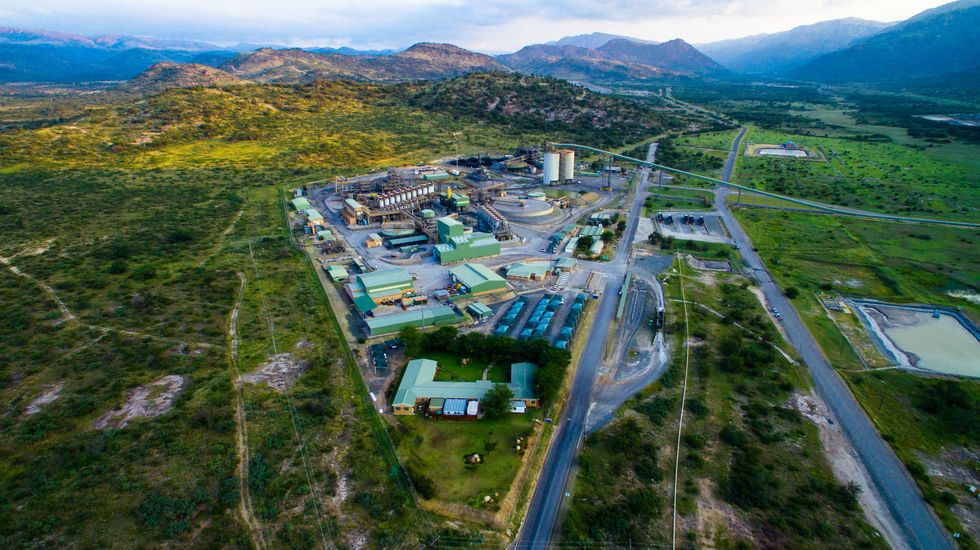 A South African platinum mine via Wikimedia

But the question remains, how could something as commonplace as a power outage imperil the lives of almost 1000 people?

All trapped South African miners have been rescued after power was restored to a mine-shaft elevator Friday morning. The 955 mineworkers had been trapped since Wednesday night after a storm toppled power lines in the region. While all the miners made it out with minimal injury, the saga underscores the safety issues miners face working in one of South Africa's biggest industries.

"It was stressful, there was not enough ventilation," mineworker Mike Khonto said to the BBC about their subterranean confinement. "Thankfully our management managed to send us food and water."

80 miners were killed in South Africa last year in what appears to be a rising trend. Mining company Sibanye-Stillwater says work at the mine should begin again on Monday but many in South African politics and the trade union movement say this is reckless. The National Union of Metalworkers of SA, NUMSA, insists that the mine remain shut, reports News24 pending a full investigation by the Department of Mineral Resources guaranteeing the safety of workers.

Around 950 South African miners are trapped in a gold mine near the city of Welkom, in central Free State after storms brought down nearby power lines last night. Around 40 have been rescued, but the rest remain underground. It's unclear why backup power is not available to rescue the stranded miners or why something so mundane as a power disruption could put so many people in danger.

As reported in the Independent

Joseph Mathunjwa, president of the Association of Mineworkers and Construction Union, said the incident raised "serious concerns regarding the lack of emergency plans at the mine" amid reports the mine's owner was forced to borrow a generator from another firm.

Mining is one of South Africa's biggest industries and has long been plagued with labor and safety issues. In 2012, miners working for the mining company Lonmin went on strike demanding higher pay and better conditions. South African police responded by shooting and killing 34 miners and wounding 78. The deadliest use of force by South African police since 1960, it would come to be known as the Marikana Massacre.

Mining safety in South Africa has come a long way since the end of apartheid. As reported in Reuters

Back in 1993, the year before Nelson Mandela became South Africa's first black president, 615 miners died in the pits. By 2009 - when Matsemela suffered his accident - the rate had dropped to 167 and it kept falling, reaching 77 in 2015, the Chamber of Mines said.

Latest figures, however, show an uptick in mining incidents and fatalities. There were 81 reported mining fatalities from January through November of 2017, according to data from South Africa's Chamber of Mines, an industry lobby group. This may be because as mines age, the shafts are forced to go deeper into the earth. As reported in Bloomberg last year.

South African miners are having to go deeper in ageing shafts to access additional ore in a country that's been mined commercially for over a century. Most miners killed this year labored in gold and platinum mines, which can extend more than 2 miles (3 kilometers) underground. They accounted for 57 of 73 deaths in 2016, according to the chamber.

Understandably South Africans are expressing a lot of emotions online about the trapped miners.

We beseech you oh Lord,to be with all the trapped miners. Let Your realm protect them and bring them back safely to… https://t.co/asfwQLAPtD
— Ernest Masilela (@Ernest Masilela) 1517493110.0