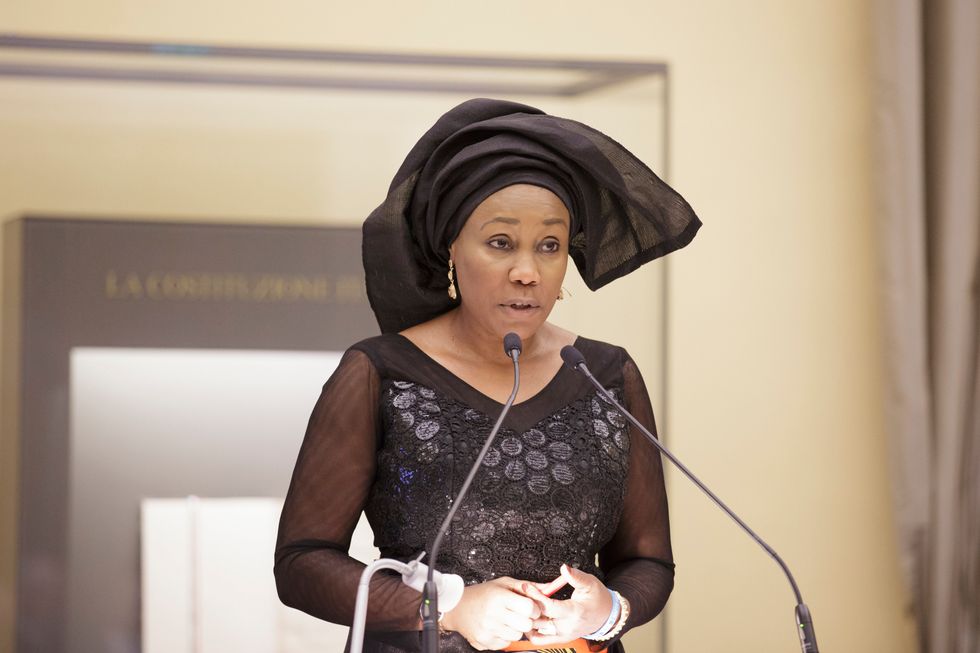 Julie Okah-Donli speaking at the Women's Empowerment and Fight Against Trafficking - The Italy-Nigeria partnership. Novemeber 2017. Image via Flickr.

They are now working to rescue the girls along with the Nigerian and Malian governments.

The National Agency for the Prohibition of Trafficking in Persons (Naptip), an human rights agency in Nigeria has made a major stride towards the fight against human trafficking, reports BBC Africa.

According to the agency's Director General, Julie Okah-Donli, its fact-finding team uncovered 20,000 kidnapped girls in Mali, adding that the conditions the girls had been living under were "slave like."

"The conditions are horrible; they are kept in shanties in the thick of the forest where they cannot escape and with the "madames" watching over them."

"Many of the girls said that they were deceived," Okah-Donli is quoted as saying in Pulse Nigeria."[They thought] they were going to Malaysia to work in hotels, restaurants, hairdressing salons and some other jobs." Other girls had been abducted on their way to school.

According to the director, Nigerian forces as well as the Malian government and International Organization for Migration (IOM) are working together to rescue and rehabilitate the girls.

It is uncertain how many girls have gone missing in total as a result of trafficking. Okah-Donli believes that there could be several others in neighboring countries, adding that the team has plans to go to Ghana and Senegal next.

According to a 2018 report from the US Department of State, authorities found that Nigerians had been trafficked in at least 40 countries—often exploited by Nigerian traffickers—around the world, particulary in countries throughout Europe.