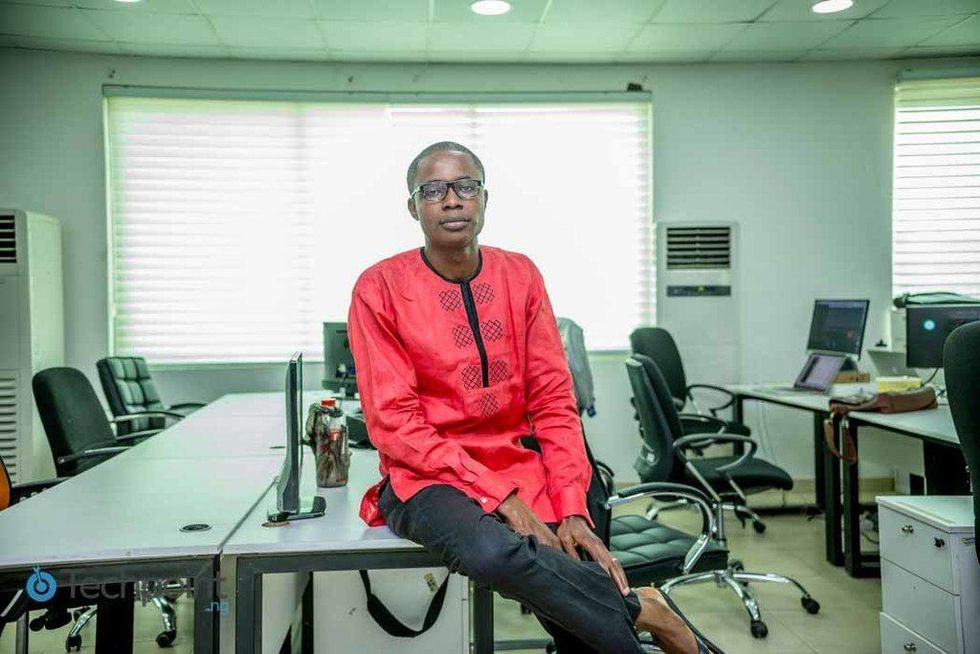 28-year-old Celestine Omin says he was detained by U.S. Customs and Border Patrol at JFK airport, and given a written test to prove that he was an engineer.

In January, Trump signed an executive order banning entry into the United States for people from seven predominantly Muslim nations. Though the original initiative was blocked by a federal court, he issued a modified version of the order today, which—hold your non-existent applause—now excludes Iraq.

The realities of living in "Trump's America," become more and more clear every day with the saturation of stories like these:

Last Thursday, 28-year-old Nigerian engineer, Celestine Omin was detained at JFK airport as he tried to enter the country from Lagos on a business trip despite having the necessary visa and following immigration procedures, reports CNN Tech.

Omin, who works for Andela—a Mark Zuckerberg-backed global tech company that recruits software developers from Lagos and Nairobi—says that U.S. Customs and Border Patrol (CBP) told him that he "did not look like an engineer" and made him take a written test to prove that he was.

According to Omin, he was asked to "write a function to check if a Binary Search Tree is balanced," and to explain "what an abstract class is and why you need it."

I was just asked to balance a Binary Search Tree by JFK's airport immigration. Welcome to America.

He was held at customs for three hours, and was only released after Andela's co-founder Christina Sass, called to speak with Border Patrol.

In a statement to CNN Tech, CBP claimed that it "does not administer written tests to verify a traveler's purpose of travel. [Our] officers strive to treat all people arriving in the country with dignity and respect."

Maybe they should strive a bit harder.

In a statement entitled "What an Engineer Looks Like," Andela co-founder Jeremy Johnson addressed the incident, urging the American tech community to "do better," pointing out that "the technologists of tomorrow will be every race, gender and religion, and they will hail from every corner of the globe — from Silicon Valley to Sub Saharan Africa."

"Celestine was not looking to immigrate to the United States. He’s a proud Nigerian whose life and young son are in Lagos, said Johnson. "American companies are fortunate to have the opportunity to convince people like Celestine, of whom there are far too few in the world, to work with them from afar. If anything, they need much more of them if they intend to overcome the deficit in engineering talent."