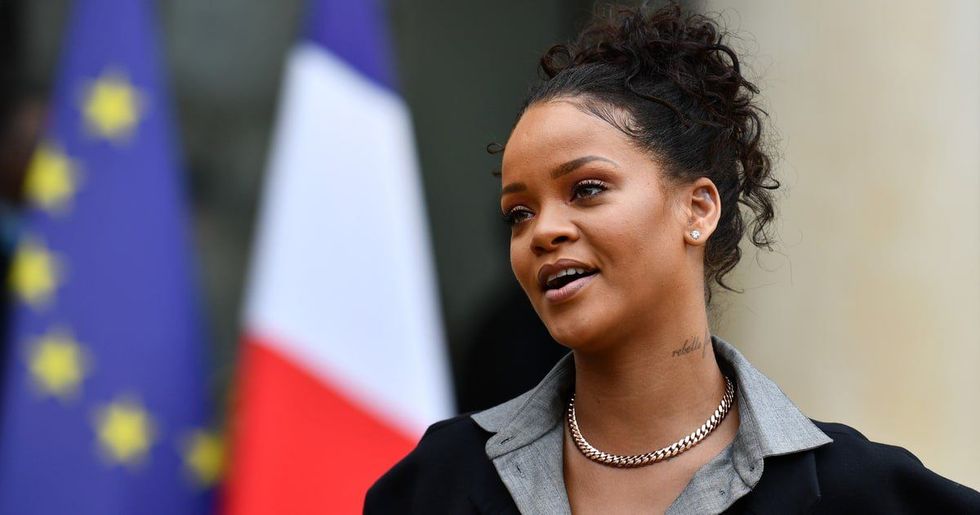 A false report surfaced over the weekend, claiming that the singer donated $2 million towards relief efforts in Sierra Leone.

It's no secret that Rihanna has been involved in extensive philanthropic work in recent months—a few weeks ago, the singer donated bikes to Malawian schoolgirls through her Clara Lionel Foundation.

Though her efforts seem genuine, we can't say the same for a recent report that surfaced over the weekend, claiming that the singer had donated $2 million towards relief efforts in Sierra Leone.

A false story with the headline "Rihanna donates whopping sum of money to Sierra Leone's mudslide victims," was published in both Barbados Today and Global News over the weekend. Reports stated that the superstar had donated the funds to help those affected by the mudslide, and "provide shelter, food, clothing, and medicines." They posted the story along with what they claimed were direct quotes from the singer.

The story was shared several times across social media, before a spokesperson from the Clara Lionel Foundation told Buzzfeed News that the report was in fact false.

"Like many around the world, we are devastated by the tragic mudslide in Sierra Leone," said the spokesperson.

"Yet, we have to address that the entirety of the story reported in Barbados Today and later re-posted on Global News is untrue and completely inaccurate. The Barbados Today story has since been removed to reflect this."

Last Monday, a hillside collapsed in the capital city of Freetown, in what is now being called one of "Africa's worst flooding disasters." According to local reports, the death toll has reached 500, while 600 others remain missing.