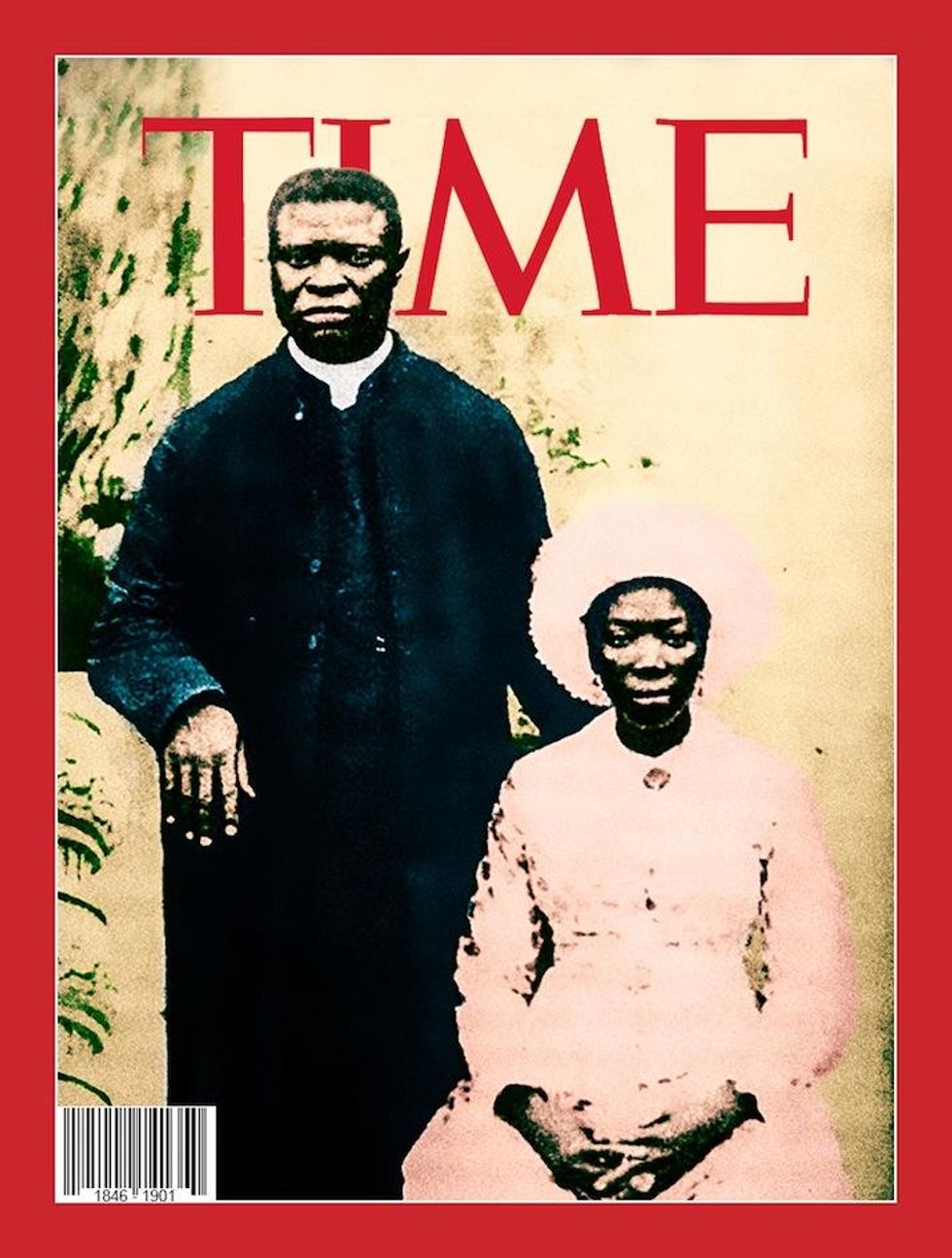 A Slice Of Lagos, which opened last week at the Rook and Raven Gallery in London, is a new exhibit that explores a multicultural 19th century Lagos through reconstructed archival photography and film. The artist and curator behind the project is Sesu Tilley-Gyado, the British-Nigerian multi-medium artist and 2013 Winner of the National Art Competition in Nigeria. In the past she's worked with text, poetry, graphics, design, film, music, prints, and installation, specifically with the intent of resurrecting oft-supressed African histories. According to Tilley-Gyado, 19th century Lagos was a rich melting pot for four cultures: the Yoruba, the Brazilians-Cubans, the Creoles, and the British. "I wanted to tell the story of Lagos’ multicultural origins," she says. "Its melting pot 19th Century where Yoruba kings fought for the throne, British colonials came to stay and tens of thousands of Brazilians, Cubans, and Creoles (descendants of slaves) ‘returned’ to Lagos." The slice of 19th century Lagos that Tilley-Gyado chose to tell was a particularly colorful and modernized one. In a series of fifteen portraits of 19th century Lagosians, the team warped the original black and white archival photos into digitally restored and colorized images given a modern facelift on fictionalized TIME magazine covers. Along with these portraits, the exhibit features a film (A Slice Of Lagos, directed by Francesca Tilley-Gyado, production by Bolaji Kekere- Ekun) commissioned specifically for the exhibit. Explains Tilley-Gyado:

“Most people expect to see the past in black and white and thus imagine it thus. Yet I felt the colourful, cultural melting pot of historic Lagos had to be done in colour... Black and white didn’t quite capture the excitement that I felt when hearing and telling the stories of vibrant 19th Century Lagos. We were delighted and shocked to see how immediate the past became with colour added to black and white photographic images, and modern verve added to historic storytelling. Here, I have re-imaged / re- imagined a past that is present, and together with an amazing team, show a colourful Slice of Lagos.” –Sesu Tilley-Gyado

A Slice Of Lagos is on display at the Rook and Raven Gallery (7 Rathbone Place, W1, London) through the 10th of September. Peep a selection of the digitally restored portraits in the gallery above.