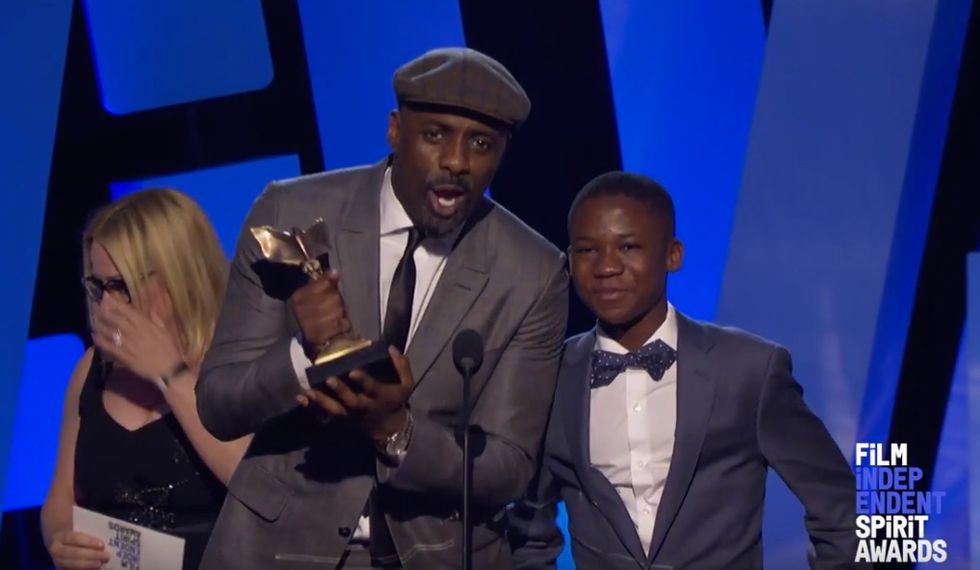 Beasts of No Nation breakout actor Abraham Attah is riding high after his win for best male lead at the Independent Spirit Awards earlier this year.

As if the lineup for Sony pictures and Marvel Studios, Jon Watts-directed Spider-man: Homecomingcouldn’t get any more star-studded, it’s certainly competing with 2018’s Black Panther—Deadline reports that the 15-year-old Ghanaian newcomer has signed on. The cast already includes Donald Glover, Zendaya, Robert Downey Jr. and Michael Keaton among a long list of others.

What's more, the young rising star has inked a deal to play one of the leads in Christian Loubek’s upcoming film Buffalo.

According to Deadline, apparently after Attah’s Oscars snub, he had planned to continue his studies back home, but this development goes to show you can’t keep exceptional talent down.