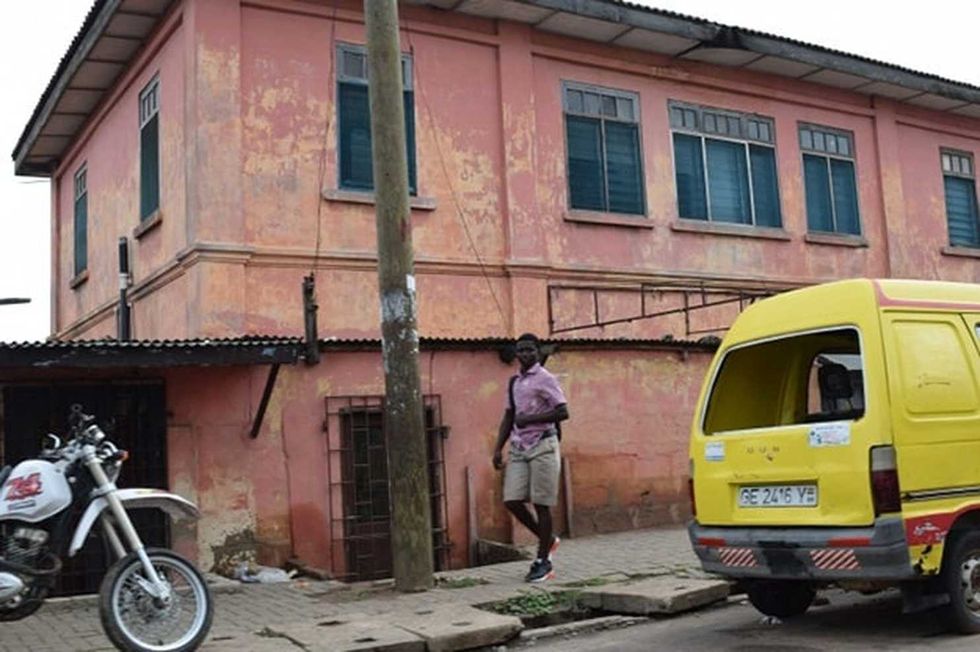 Photo of fake embassy provided by US embassy that is, it turns out, fake

Something really strange is going on at the US Embassy in Accra.

Almost exactly a year ago a story broke about a fake American embassy in Accra scamming honest Ghanaians as they attempted to get visas. According to Ghana Business News:

Members of an organized crime gang made up of Turkish and Ghanaian citizens operated the fake Embassy in Accra where they flew the American flag on the building every Monday, Tuesday, and Friday from 7:30am to 12 noon and issued fraudulently obtained, legitimate US visas, counterfeit visas, false identification documents (including bank records, education records, birth certificates, and others) for a cost of $6,000.

Soon the story spread to international sources like Al Jazeera, the Washington Post and Reuters. As more outlets covered it, the more true it became—a side effect of the aggregation news economy.

After an incredibly thorough investigation, Guardian reporter, Yepoka Yeebo has discovered somewhat disturbingly that the story had been almost completely fabricated. The culprit, it turns out, was someone or some entity within the US Embassy itself. Why is not clear but the piece is a lesson in how simple shoe-leather reporting can unravel even the most established of internet facts.

But why? Unsurprisingly the US Embassy isn't very forthcoming about why they would fabricate such a story. Maybe, as they claim, it's just a matter of a few crossed wires—a story about a fake visa ring synthesized with embassy rumors makes it onto the embassy website and the story spreads from there.

But the story seems too complicated to be a simple accident.

Conspiratorial minds will say there's no way this is an accident. When Yeebo visits the building from the article's picture a pink house said to be the fake embassy, the inhabitants, normal people, tell her they were puzzled too.

Kwetey first saw the fake embassy story when someone sent him a link via WhatsApp. He was totally baffled. "If I'm doing such illegal business, you'll see my Range Rover parked in front," he joked.

But it's the Ghanaian police who provide Yeebo the clues she needs to piece together the reals story, providing details from various cases they'd worked that somehow turned into the story peddled by the US Embassy. Turns out visa scams are a real issue in Ghana, but more often than not the people buying the visas are aware they are counterfeit.

The lesson here is one many already know well, that stories emanating from the continent—especially ones that fit established narratives of Africanness, in this case scamming—don't need proper fact checking. It's the weird news section.

Read the original investigative piece at the Guardian for a wealth of information on Ghanaian visa scams and more strange details of the case.