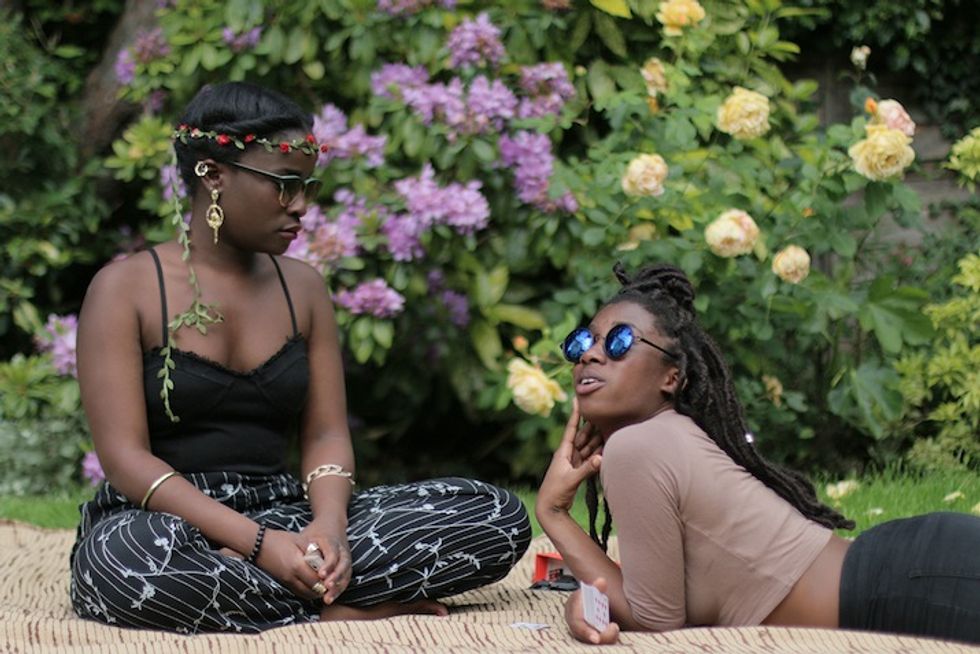 UK director, writer and multimedia artist Cecile Emeke's recently released short film Ackee & Saltfish introduced viewers to the lives and preoccupations of Olivia and Rachel, two young black women trying to make sense of changes in their rapidly gentrified London neighborhood. This past Sunday, the filmmaker, whose work includes the conversation series Strolling, returned with a new web-based version of the film that will follow Olivia and Rachel's friendship through weekly episodes. Actresses Michelle Tiwo and Vanessa Babirye reprise their roles in the series, offering more of the good-natured banter they delivered in the Ackee & Saltfish film.

Like its synopsis, the first episode is short and sweet: "Olivia's world is thrown into turmoil when Rachel tells her that the tickets to the Lauryn Hill concert sold out and that she could not buy any." Watch episode one of Ackee & Saltfish, "The Lauryn Hill Tickets," below to find out how Olivia handles the news. Stay tuned for our continuing coverage of the series as episodes become available each week.