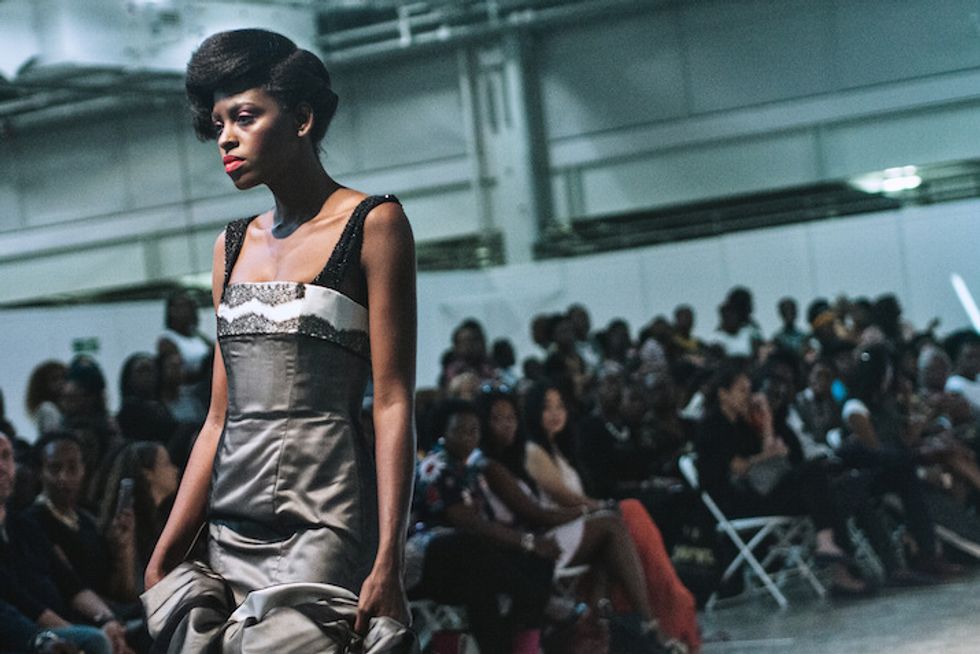 Part catwalk, part exhibition, Africa Fashion Week London returned over the weekend to spotlight work from some of the best African and African-inspired designers in the UK and beyond. Founded by Ronke Ademiluyi– the same British-Nigerian lawyer-turned-entrepreneur behind Africa Fashion Week Nigeria– the event touts itself as "Europe's largest catwalk event of African and African-inspired design." This year's edition took place over the course of two days at Olympia London, with 100+ participating designers and brands. Prior to the event, Maggie Smith, a 20-year-old model and receptionist of Ugandan and Scottish heritage, was selected as "The Face of AFWL 2015."

London-based photographer Glenn Osei-Gyimah was on hand to document some of the best looks at this year's African Fashion Week London. Osei-Gyimah touched on the significance of covering the event in an email to Okayafrica:

"Since it was first launched back in 2011, this has been my third Africa Fashion Week in a row. I've seen it move from the Old Truman Brewery to its home of the last two years at the Olympia in Kensington. That move is pretty symbolic to the growth of this event; as is expected of it, that it continues to get bigger, not only with the number of designers taking part, but also the people who travel from different parts of the world to be a part of it. Hopefully to those who are not too familiar with this event and to those who wished that they could have made it, the images shown here can give you the perspective of being a part of Europe's largest catwalk event of African and African-inspired design and to help it continue to grow."