36 African Teams Made It to the "First Global" Robotics Challenge In D.C.—Here's How They're Doing 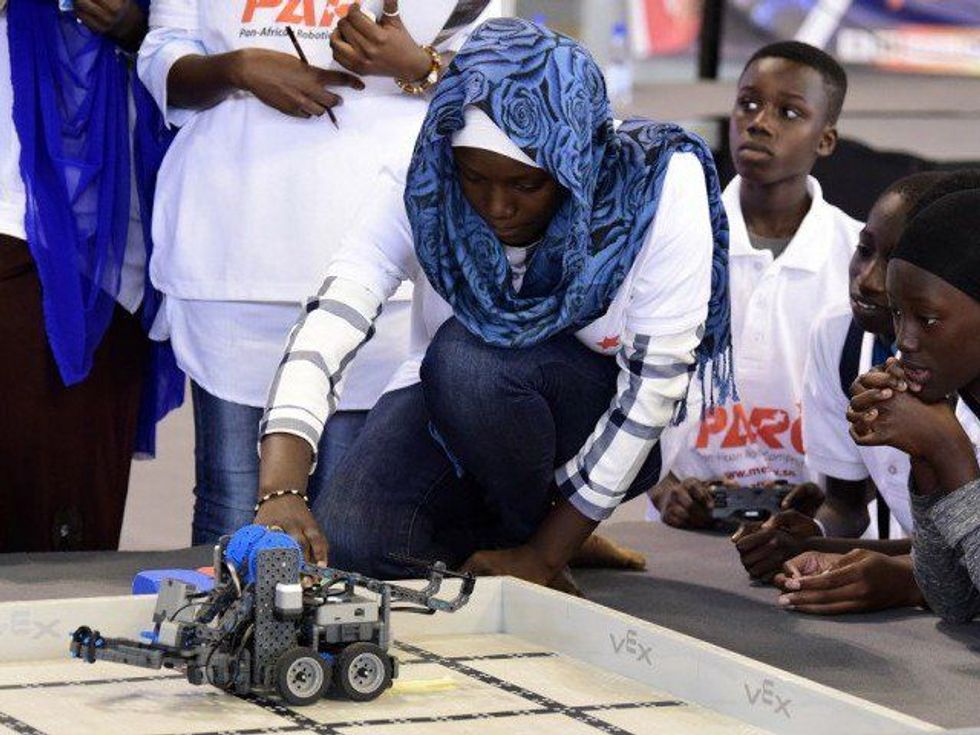 The inaugural youth robotics competition, First Global Challenge, is taking place right now in Washington D.C. and these African teams are there to represent.

The STEM competition sees teams—consisting of teenagers ages 15 to 18 years—from across the globe, submitting their inventions in the hopes of earning the highest number of points and winning the competition.

African countries came to represent this year—of the 158 teams in attendance—36 of them are from the continent, reports The Washington Times.

Earlier in the month, both the Afghan and Gambian teams were denied visa entry into the United States when they first applied. Despite this roadblock both teams made it to Washington D.C. to compete. The self-taught Gambian team will present their cube-shaped robot, which creates balls that help separate contaminated water from clean water. Around 60 percent of the teams at the competition are led by first-time inventors.

The competition is currently in its fourth round, and the most current rankings place Gabon in 6th place, Haiti in 10th place and the Robo Teens from Nigeria are in 15th place.

You can view the full fourth round rankings below:

Here are the current rank standings after Round 4. #fgc2017pic.twitter.com/9HApiMyRys

First Global is putting an emphasis on female participation. More than 200 participants are women—some teams consist solely of women—and 60 percent of the teams are being led and organized by women in tech.

You can keep up with the competition via Twitter to see which country wins the title, and check out more African teams in action below.

Team #Coted'Ivoire is making electrical and people connections this morning. Ready for Round 4! #fgc2017pic.twitter.com/cTOkjTmK09

Students of Archbishop Porter's Girls school testing their robots ahead of the First Global Robotics Challenge in Washington.🇬🇭 pic.twitter.com/gLDJWRKIne