AFRICA IN YOUR EARBUDS #14: RICH MEDINA FOR WORLD WATER DAY 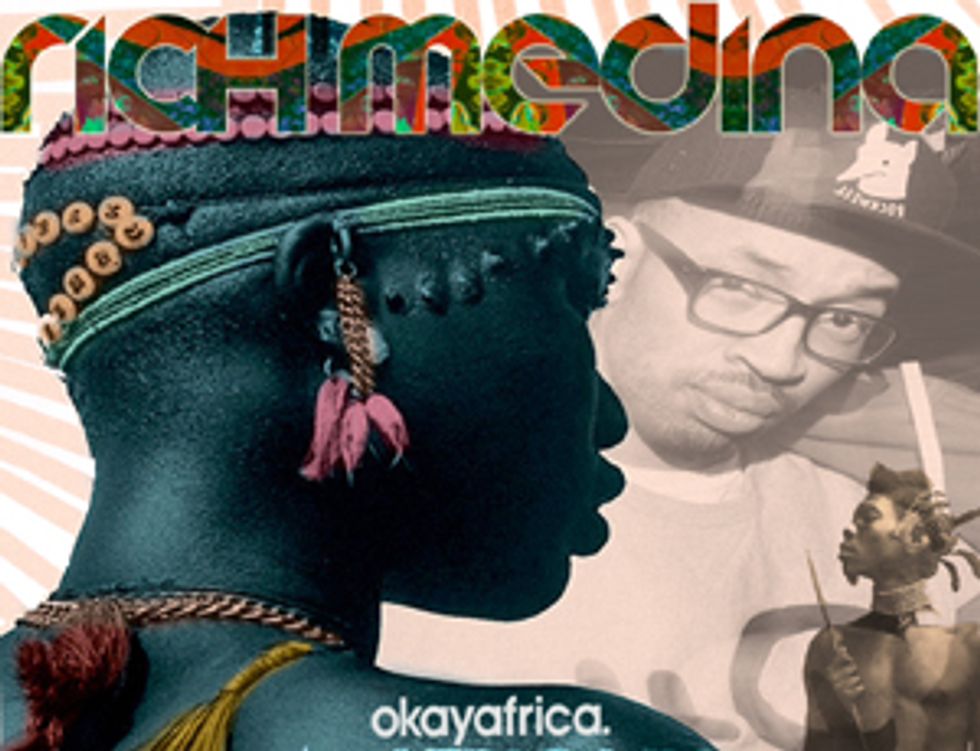 Rich Medina introduced an American generation to afrobeat. For a special edition the veteran selector opted for a strictly vinyl offering.

For this special edition Africa In Your Earbuds #14 the veteran selector opted for a strictly vinyl offering. He told us. "I had no desire to play digital files on this mix. I felt obligated to approach it from a fundamentals standpoint, starting with using real records. Nothing in the world sounds as good as analog tape or recorded vinyl and it was a means to display a form of respect for Africa as "Center Of The World", a place that despite the information age is far more analog than it is digital by a long shot."

In terms of the track selections Rich spoke of integrating classics with modernity, "I wanted to be as diasporic as possible [as well as] represent a balance and coexistence between "the old" and "the new" that proves how related and important they are to each other. My desire with this mix is to take some of the musical elements that Africa has given us and make them all relate. What you hear is a one take attempt to meet my own goals in that department. I can only hope it worked as well as I'd like to think."

For World Water Day 2012 (3/22), we're partnering the release of Africa In Your Earbuds #14 with Drop in the Bucket. We spoke with the non-profit's founder, acclaimed music producer John Travis, about the importance of clean water and his organization's work:

Drop in the Bucket is a L.A. and Gulu, Uganda based non-profit that builds water wells and sanitation systems at schools in rural Africa. We see ourselves as an alternative to huge corporate charities in that, through the way we build relationships with local communities, we can get a lot achieved without spending a lot of money on overhead. We are very much a 'boots on the ground' organization that sees each community as being unique and because of that we are able to adapt each project to the needs of that specific community.

Although most of us take it for granted, clean water is a huge issue in the developing world, especially in sub-Saharan Africa where two out of every five people lacks access to clean water. We have completed projects in six countries in Africa, but our main focus is northern Uganda and South Sudan.Our approach is very hands on, we scout every location personally and meet with the local community to ask them what their needs are. From these initial conversations we decide if we can help and in what capacity. We see water, sanitation and hygiene education as steps that we can use to keep children, but especially girls in school. In many cultures in Africa educating girls is not seen as a priority, and the task of collecting water each day usually falls on them. Building wells in schools is a proven effective way to get girls to attend school.

Get in touch with Drop In The Bucket on Facebook/Twitter and visit their website to learn more and get involved, and please donate if you can. Now, without further ado, stream and download Rich Medina's Africa In Your Earbuds #14 below! Big up to Underdog for the stellar cover art!