Deeper Than The Headlines: Colonial Mentality, 2012 in Pictures, Progress in the New Year + More 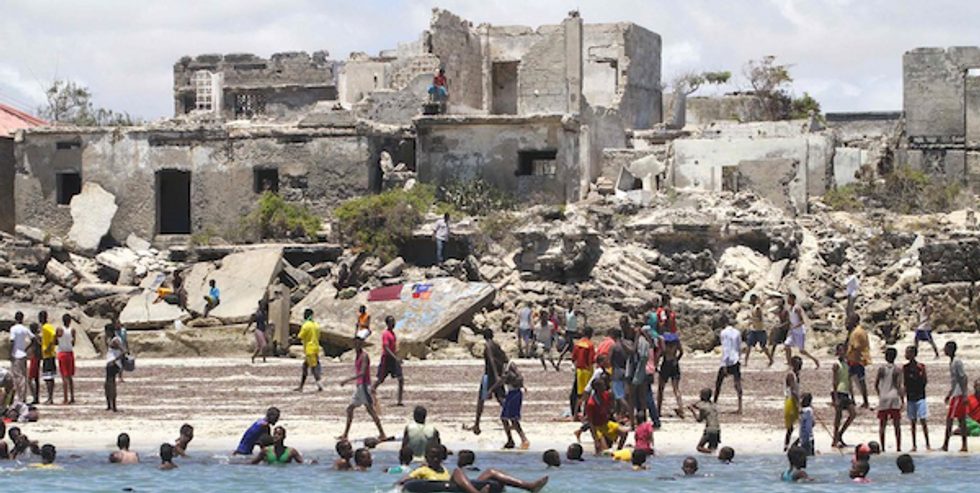 1. Discordant Development and Insecurity in Africa

Currently teaching at Northwestern University, Professor Richard Joseph writes an interesting piece on discordant development and how "deepening inequalities and rapid progress juxtaposed with group distress can generate uncertainty and violent conflict." Joseph addresses how throughout the continent, economic growth can occur (Nigeria, Mali) while countries still breed instability and violence. He poses the question: "Are some post-colonial territories simply ungovernable?" Joseph suggests three strategies for addressing discordant development "First, sustaining growth and avoiding discordant development require not only enlightened leaders but also robust democratic institutions and vigilant civil societies, Second, analysts need to stop viewing Africa solely through polarizing lenses. And Finally, democratizing countries in Africa must ensure steady progress in the fairness of their electoral procedures and the appropriate behavior of politicians to avoid the provocation of violent upheavals."

Sokari Ekine writes a passionate piece about violence and children as they came center stage in 2012. With children dying all over the world, and some deaths recognized as tragedies, while others passed unrecognized, Ekine calls into question how larger systems of patriarchy, racism, and globalization are implicated in how we continue to witness the deaths of children. Ekine states, "We witness this not only across cities in the US but well beyond. Technically Chicago is not a war zone – people who live there may feel otherwise, I dont know. But its not the DRC, Palestine or Yemen but still the children of Chicago are being killed and they are not white kids. The children in the DRC along with their mothers are murdered and raped and there are the thousands who are trafficked and forced into armies of war, or labour or sex slaves or all of these. Presidents sit by and deal in arms, African resources and money whilst shedding tears at home. The children in Yemen and Palestine are murdered by drones and missiles on the orders of Presidents, some of who shed tears for some children whilst killing others – it could even be in the same moment." Check out the article for a compelling piece, which calls for 2013 as the year of the child.

In response to the BBC Africa article on skin bleaching, Dr. Yaba Blay tries to debunk and deconstruct the excessive use of the term "colonial mentality." Blay writes a convincing argument questioning how issues such as skin bleaching are attributed to the individuals themselves, rather than recognizing larger systems, which promote white notions of beauty: "Now of course, with our skin color being the immutable mark of our Blackness, skin bleaching emerges as the most egregious attack on our identity, the most literal proponent of White Supremacy. Nevertheless, it is but ONE reflection of White Supremacy. So while we’re passing judgment, and ridiculing African women as ‘naïve’ or ‘irrational’ for thinking lighter skin is more appealing, we ignore the fact that you can’t walk through the streets of Accra without being bombarded with 60 ft billboards for skin bleaching products."

BBC News presents "Africa in 2012" with twelve simultaneously inspiring and distressing images that reflect some of the amazing moments in 2012. Images include South Africa's Oscar Pistorius running in the London 2012 Olympic Games and people going to the beach in Somalia's capital Mogadishu on Fridays with improving security, and on the other hand, growing instabilities on the continent like the conflict in Mali.

CNN African Voices provides a feature on Nigerian activist and feminist, Hafsat Abiola. "Her mother was assassinated, her father died in prison after being jailed by the military. Today, Hafsat Abiola is one of the most prominent civil rights activists in Nigeria, fueled by a desire to ensure her parents' deaths were not in vain. The daughter of Nigerian politician and philanthropist Moshood Kashimawo Olawale (MKO) Abiola, Hafsat was at her second year studying at Harvard, United States, when her father was sent to prison by Nigeria's junta after claiming the country's 1993 presidential election." Check out the article to learn more about Abiola's commitment to gender equality and her organization KIND in spite of her complex relationship with Nigeria and Nigerian politics.